If I Give My Heart to You … : “The Tin Woman,” at the Black Box Theatre through April 29 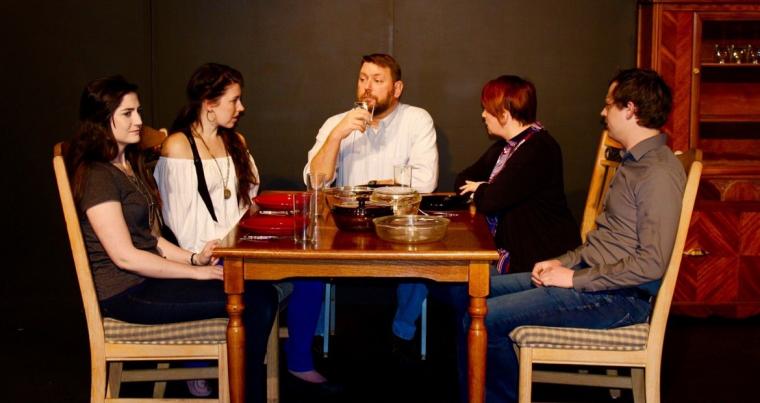 Some spiritual teachings hold the heart as the organ of transformation, arguing that it's through the heart that we connect with the source of life that speaks to us, that guides us, and through which we're opened to the richness of being. When we give our hearts to others through acts of love, we are transformed. But what of the act of literally giving one’s heart to another through a heart transplant? Are there consequences for those involved? How does this generous act of giving play out in a story of grieving and loss? Does it add more meaning to the life of the one who has passed?

These questions and more are explored in Sean Grennan’s The Tin Woman, now in production at the Black Box Theatre. Under the direction of Aaron J. Lord, the play boasts some profoundly touching moments, not least of which is an ending that, for me, brought the finale of Our Town to mind, with its glimpse of the vulnerable living viewed from the eyes of the dead who look back with tenderness. And the play's theme is beautifully expressed by Joanna Mills' Sammy, sister to a deceased brother, when she delivers a lovely monologue to her kindergarten classroom explaining that flowers, when they die, give life to new flowers – that nothing ever truly dies. 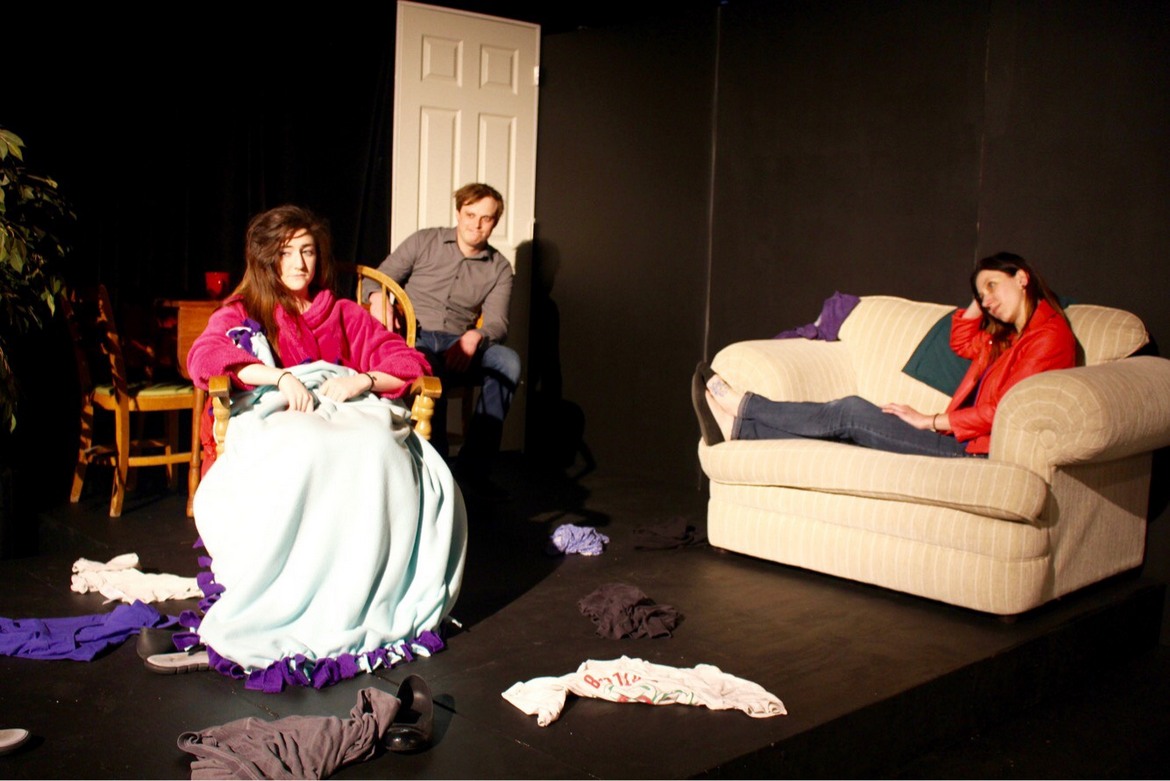 Brant Peitersen's Hank, who mourns his dead son Jack (Andy Sederquist), brilliantly epitomized the anger of a father who cannot come to terms with his loss. His state of denial was impenetrable, and I felt exasperated with Hank's rude and abrupt behavior. But in an intense flashback scene, masterfully played by Peitersen and Sederquist, the source of his anguish was revealed, and when Peitersen finally broke through while sitting with his family at the dinner table, it was heartbreaking. I rarely experience the tears and joy I felt watching Peitersen on Friday – tears for the heartbreak; joy for seeing an actor create such a moment of truth.

Lord has created a production that boasts a consistent realism, and although The Tin Woman is low-key, the play doesn't drag. There's a tone of easy naturalness, and Nancy Teerlinck, as Jack’s mother Alice, is a personification of naturalness itself. Her calm, matter-of-fact demeanor in handling her son’s effects displays a mother's underlying grief; her interactions with others are easy and real; and when she finally vents her frustration and anger against her husband, the reality of Alice's pain hits one like a punch in the solar plexus. 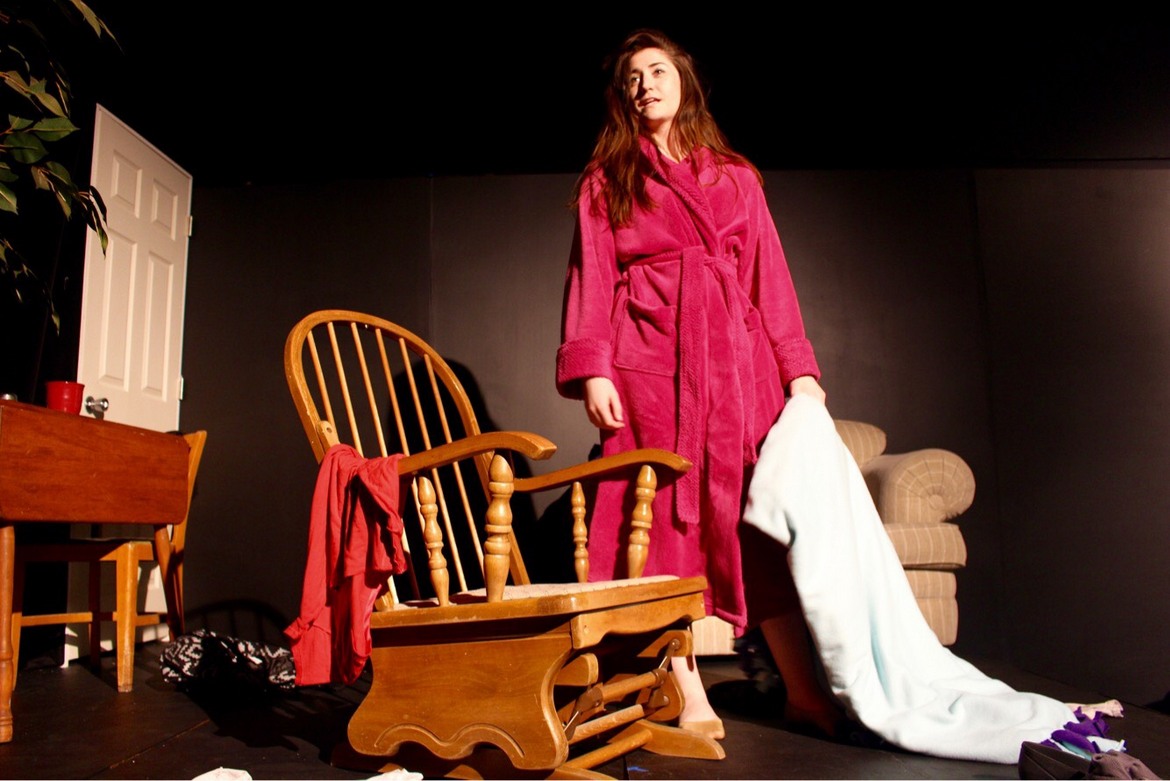 Leslie Munson maintains the show's understated realism in her portrayal of Joy, the young woman who receives Jack’s heart, and her early scenes in the hospital and recuperating at home convey Joy's vulnerability. Yet although we understand her to be depressed, it was sometimes difficult for me to understand Joy's motivations, especially toward the climax. She appeared to me very passive, and when finally coming to meet Jack’s family had a presence that seemed to remain aloof and disconnected almost until the very end. Even in that ending, as remarkably touching as it is, Munson's Joy seems less a full character than a vehicle through which Jack’s family is viscerally reunited with him. Was Munson's aloofness and disconnection a conscious choice, leading us to think that she's still adjusting to having the heart of a stranger, or was it something else? I couldn't tell.

Rounding out The Tin Woman's cast is Jo Vasquez, who, with lovely energy and presence, played the dual roles of Joy’s nurse and her friend Darla. I think Vasquez’s great potential was, at times, realized; however, she often lacked a variance in emotional tone, and some line deliveries just didn’t ring true. I, for one, would not relish having a friend tell me “You seem upset” in such an upbeat, cheerful tone.

Unfortunately, there were also some presentational glitches that marred the overall effect. I loved Jack’s ghost wandering around and observing his loved ones – until, that is, he pulled out a chair to sit on, or raised a cup for a toast, or hoisted a camera over his shoulder. Ghosts, to my mind, do not move physical objects in this manner, and with each such manipulation, the illusion of the moment was broken. Meanwhile, when stagehands came in to remove full plates of food from the dinner table and replaced them with empties, my companion and I instinctively turned to each other with a “What the what?!” double-take.

Such distractions aside, however, this production of The Tin Woman does justice to a complicated and difficult topic. And did I mention the ending? The play is well worth it just for those moments alone.

The Tin Woman runs at the Black Box Theatre (1623 Fifth Avenue, Moline) through April 29, and more information and tickets are available by calling (563)284-2350 or visiting TheBlackBoxTheatre.com.