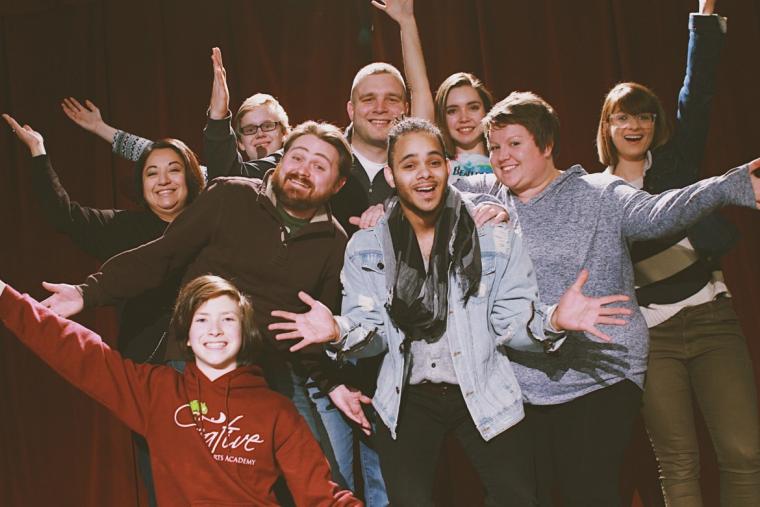 After years of presenting theatrical productions only in the summer months, Eldridge's Countryside Community Theatre opens its 2018 season with a show for spring, with Tony-nominated composer Stephen Schwartz's biblical-musical smash Godspell enjoying a March 16 through 25 run at Princeton's Boll's Community Center.

Filled with beloved tunes including “All Good Gifts,” “Learn Your Lessons Well,” and the iconic “Day by Day” – the latter, in 1972, reaching number-13 on the Billboard pop-singles chart – Godspell is presented as a series of parables taken largely from the Gospel of Matthew. These parables are consequently interspersed with a variety of songs set primarily to lyrics from traditional hymns, and the score by Wicked and Pippin composer Schwartz earned a 1977 Tony nomination after the long-running off-Broadway hit transferred to the Great White Way. Godspell has now spent more than four decades as one of the most enduring and popular musicals in regional, community, and educational theatres worldwide, with notable productions of the show having been staged in Toronto, London, Melbourne, Brazil, and Maseru, South Africa.

Countryside Community Theatre's Godspell runs Fridays and Saturdays at 7:30 p.m. and Sundays and 2:30 p.m., tickets are $15, and more information and reservations are available by visiting CCTOnStage.org.