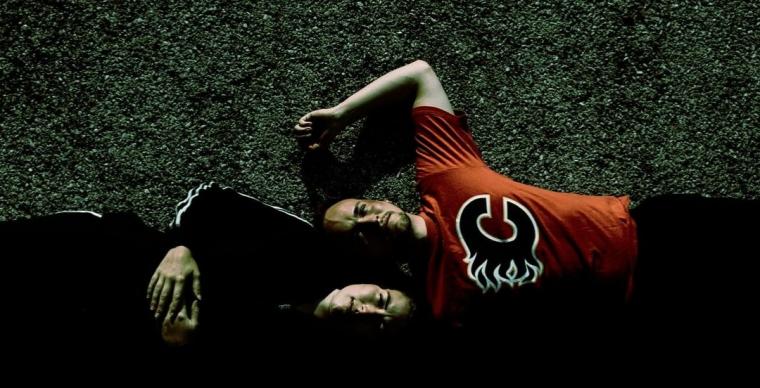 With the Washington Post calling the play “mystical, arresting, and quirkily amusing” and the New York Daily News deeming it “irresistibly odd and exciting,” the dark romance Gruesome Playground Injuries, from September 20 through October 6, serves as the opening production for the 2019-20 season at Davenport's QC Theatre Workshop, its author Rajiv Joseph described by the New York Times as “an artist of original talent” with a “darkly funny, piquant sensibility.”

An off-Broadway hit in 2011, Gruesome Playground Injuries tells a most atypical love story, as the play's Kayleen and Doug first meet in the nurse’s office of their elementary school; she’s got a painful stomach ache, and he’s banged up from a running dive taken off the school's roof. Over the next 30 years, however, these scar-crossed lovers meet again and again, continually brought together by injury, heartbreak, and their own self-destructive tendencies. With great compassion and humor, author Joseph – a Pulitzer Prize finalist whose 2011 Broadway production of Bengal Tiger at the Baghdad Zoo starred Robin Williams – crafts a compelling and unconventional love story about the intimacy created between two people when they allow their defenses to drop and their wounds to show. The New York Daily News raved, “This darkly humorous drama is Rajiv Joseph's most satisfying work,” and according to Variety magazine, “This wondrous, strange two-hander finds as much humor as horror in the play's bizarre events.” 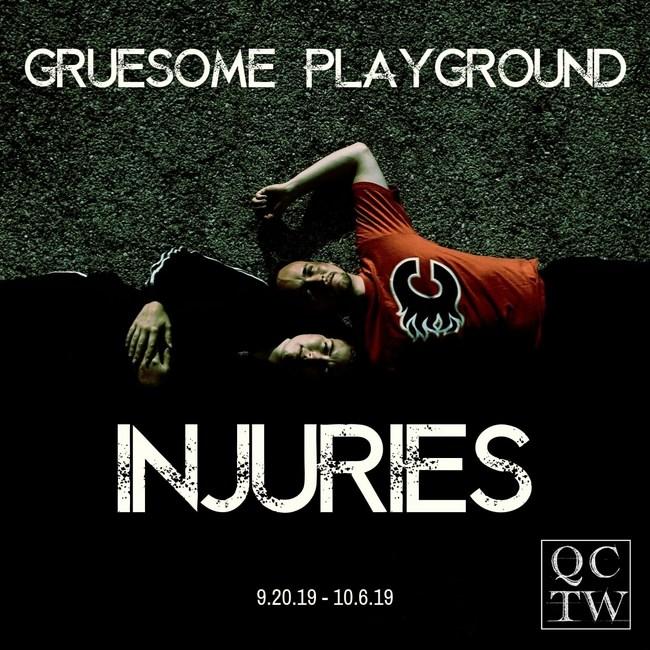 Directing Gruesome Playground Injuries is QC Theatre Workshop veteran Max Moline, an instructor at Davenport Junior Theatre whose area credits include helming last fall's Speech & Debate at the Playcrafters Barn Theatre and appearing in such productions as the Mississippi Bend Players' Biloxi Blues, the Circa '21 Speakeasy's The Rocky Horror Show, and the Workshop's Peter & the Starcatcher. Meanwhile, Joseph's two-person play finds Kayleen and Doug portrayed by local actors making their Workshop debuts: Joanna Mills, who appeared in the Circa '21 Dinner Playhouse's Madagascar: A Musical Adventure, the Spotlight Theatre's The Hunchback of Notre Dame, and the Black Box Theatre's Baby and Rock of Ages, and Tristan Odenkirk, featured in the Mississippi Bend Players' Biloxi Blues, Brighton Beach Memoirs, and Beginner's Luck, as well as New Ground Theatre's Elephant's Graveyard.

Gruesome Playground Injuries will be staged September 20 through October 6 with performances at 7:30 p.m. on Fridays and Saturdays and 3 p.m. on Sundays. Admission is “Pay What It's Worth” ticket pricing, and more information and reservations are available by calling (563)823-8893 or visiting QCTheatreWorkshop.org.