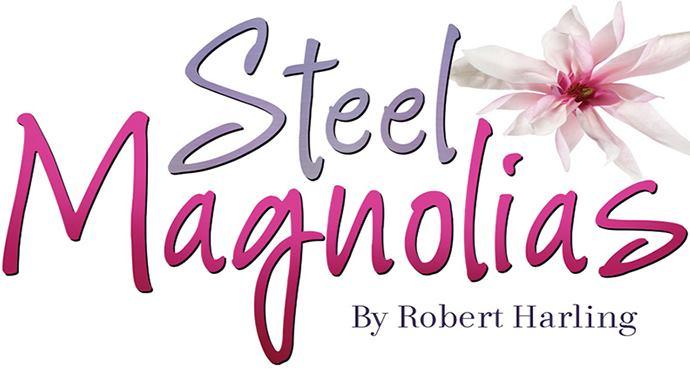 While enjoying my Saturday afternoon at the Timber Lake Playhouse, I believe I realized what the “steel” means in the theatre’s latest production – playwright Robert Harling’s Steel Magnolias. Based on Harling’s own personal life experience and the death of his sister, this show has many poignant moments, involving both laughter and tears, as we take a look inside the lives of six eccentric, delicate, but tough-as-steel Southern women in northwest Louisiana.

Directed by Dana Iannuzzi, Timber Lake's Steel Magnolias takes on the harsh realities of life in all of its ups and downs, challenges, and ambitions. For most of us, living our best life is a daily battle, and sometimes you just need to be surrounded by loving family members and friends to remind you of what's most important.

The play revolves around Shelby (Olivia Belfie), a young woman excited to get married and start a family of her own with her fiancé Jackson. The only problem is that she is a diabetic and the doctors have warned her not to become pregnant, as this will put too much stress on her body. Shelby’s mother M’Lynn (Nancy Hays) is consequently, understandably, concerned for her daughter’s well-being, but despite the risks, Shelby decides she wants a child of her own in which to leave her legacy.

Belfie and Hays did a wonderful job emulating a tumultuous mother-and-daughter relationship while also convincing us how much they unconditionally love each other. I thought Belfie brilliantly portrayed Shelby as a very humble and naïve young lady full of hopes and aspirations- she made you just want to give her a great big hug. As for Hays, her performance was especially stellar when it came to the play's more serious and dramatic scenes. In fact, the woman seated next to me began to sob uncontrollably during the parts in which Hays was lamenting her daughter’s circumstances.

In the opening act, we are also introduced, one by one, to the ladies joining beautician Truvy (Laura Spaeth) at her in-home beauty parlor where the women regularly gather. Steel Magnolias covers events over the next three years, ranging from Shelby's type-1 diabetes to how the women interrelate, and I love what Wikipedia says about the play: “The title suggests the female characters are as delicate as magnolias but as tough as steel.” (The author’s manuscript, written in 10 days, eventually evolved into an off-Broadway production before being adapted for the Steel Magnolias movie of 1989.)

Spaeth’s doppelgänger could definitely be Tina Fey, but that being said, the actress had a rough start at Saturday’s matinée, stumbling over her lines at the play's beginning. But after intermission, Spaeth seemed to gain momentum and began to shine. However, the performer who stole the show for me – and judging by their exuberant laughter, and for other members of the audience – was Michelle McKenzie-Voigt, who portrayed Ouiser (pronounced “Wheezer”), a woman who's been in a very bad mood for 40 years. From the moment McKenzie-Voigt stepped onto the stage, it was evident that this lady was going to make her character a hoot, and that she certainly did as the performer bulldozed her way through her scenes.

Morgan Arrivillaga played Annelle, the newcomer stylist to the neighborhood salon who arrived with a host of her own crazy problems and a personality that I found quite annoying. (In my opinion, Arrivillaga’s attempt to show how inept Annelle was came across a bit too whiny.) And rounding out Steel Magnolias' cast is Sandy Spatz as Clairee, the gossip loving, golden-girl type who didn’t take any guff from anyone. What I adored most about Clairee was her funny, oversize, greyish-silver wig by Jasmine Elam and frumpy costume designs by Zandra Siple.

Star Turner’s scenic design is lovely and very pleasing to the eye in its soft pastel colors and 1980s photos hanging on the wall, capturing “the era of hair” embodied by Heather Locklear and Sheena Easton. Meanwhile, the subtle lighting by Cameron L. Strandin is understated and appropriate, giving the entire set a warm glow that created a homey feel that was quite relaxing.

One thing that I really enjoy about reviewing plays is that it allows me to discover more about what makes a theatrical piece tick. And for me, this production was a revelation in how Harling took a very painful experience and, in order to deal with it, wrote about it in the form of a theatrical short story. (I bet he never imagined it would one day become a blockbuster hit starring such legendary actresses as Sally Field, Julia Roberts, and Shirley MacLaine.) It just goes to show that, with perseverance and unconditional love, all things are possible, and that beauty can arise from ashes – as reflected in this incredible work eloquently presented by the Timber Lake Playhouse, and sweetly titled Steel Magnolias.