At the Corner of Hollywood and Vain: Quad City Music Guild's “Sunset Boulevard,” at the Prospect Park Auditorium through August 13 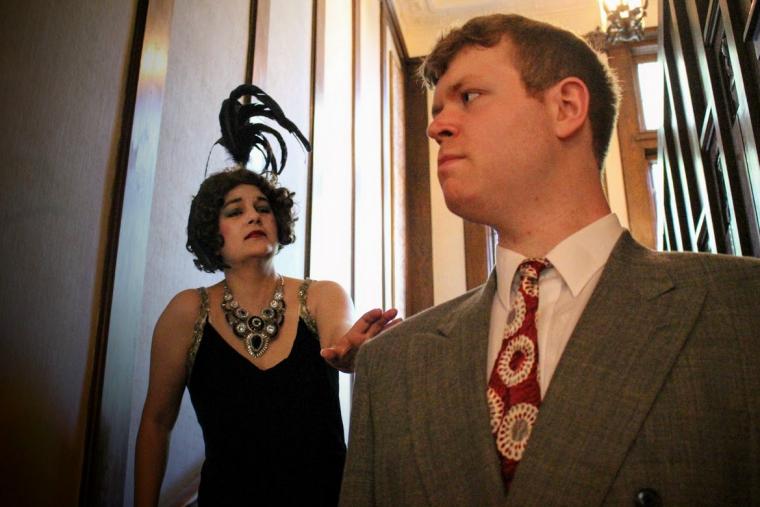 I used to be a member of the Open Cities Film Society, an area group dedicated to showing classic, foreign, and avant-garde movies. So years ago, on most Friday nights, that's where you would find me … and that's where I first saw Billy Wilder’s 1950 film-noir classic Sunset Boulevard. Never in my wildest dreams, though, did I think this dark tale could someday be made into a Tony Award-winning musical. Yet it was. The music by Andrew Lloyd Webber and book and lyrics by Don Black and Christopher Hampton elevate this story of a fading diva to an almost operatic level, and Quad City Music Guild is currently presenting the Sunset Boulevard musical with Broadway-worthy sets, costumes, and performances. Bravo!

Director and scenic designer Kevin Pieper wowed me with the creativity of his sets, and a second “Wow!” goes to his crew for making all the transitions seamless at the August 3 preview – not an easy task, as some of the set pieces are massive. Especially impressive were the two-car garage, arched entrance to Paramount Studios, and interior to Schwab's drug store, with the mansion living room painted a dark, deep mauve, giving it a gloomy, brooding feel. When, at one point, the scene changed from a busy, upbeat Hollywood lot to that room with its velvet sofas, center-stage staircase, Victrola, pipe organ, and fireplace, it felt like I had entered a nightmare. Very effective.

Sunset Boulevard's nightmare begins when debt-ridden screenwriter Joe Gillis accidentally wanders into the dated mansion of former silent-film star Norma Desmond. She convinces him to help her edit a script she has written about Salome – preemptively casting herself as the 16-year-old lead – that she's convinced will be her comeback to stardom. Desperate for money and security, Joe accepts the task and is given room and board. But as Norma becomes needier, Joe finds his situation claustrophobic and scary, given that the 50-year-old star has been living a fantasy in which she's still young and beautiful. Norma believes that she will be great again, and her loyal manservant sustains that belief, protecting her from reality to the point of writing fake fan letters. Between Norma's gifts to him and his newly luxurious lifestyle, Joe is enticed to stay. With her mental state fragile, however, Norma falls in love with the writer, only to be betrayed. From there, all I can say is: Things do not go well. 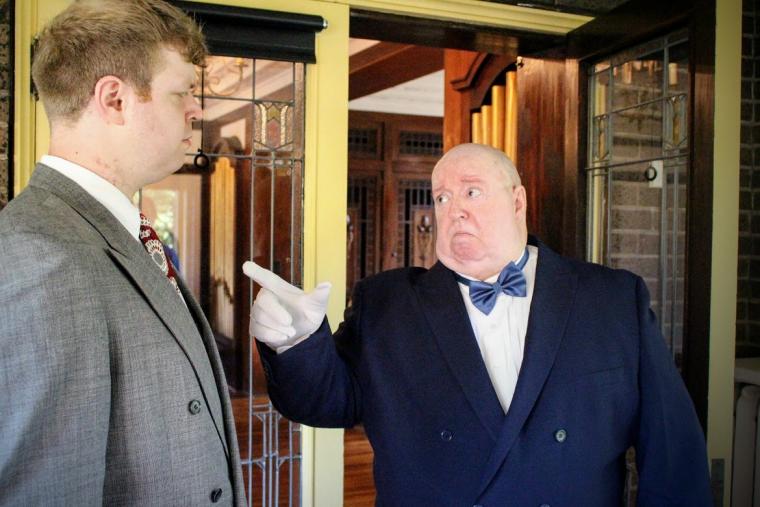 As Joe, Ian Sodawasser has a powerful singing voice with charm to match, at times acting as narrator of his story and also being at its center as the screenwriter's manipulative plan goes awry. His cynical, fast-paced lyrics about the Hollywood system were delivered with feisty energy in “Let’s Have Lunch,” and when Sodawasser paired with Jennifer Sondgeroth's script reader Betty Shaeffer, their duets were melodic and strong. Sondgeroth displayed a high soprano voice that gained in authority as the evening progressed, especially in the song “Too Much in Love to Care.”

As Norma's ever-faithful butler and chauffeur Max Von Mayerling, John VanDeWoestyne is imposing in both his stature and bass singing voice. Max's adoration for his “Madame” never falters, and in “The Greatest Star of All,” we hear this through VanDeWoestyne's mournful and sometimes angry lament.

But the night belonged to Christina Myatt as Norma Desmond, whose presence on the Music Guild stage was palpable. As the show's reclusive, aging diva, Myatt had full command of her character while running the gamut from robust to decisive to coquettish to needy to deranged to terrifying, and her alto voice was strongest in “With One Look” and “As If We Never Said Goodbye.” Costume designer Cathy Marsoun, meanwhile, added to Norma's goddess persona with turbans, flowing lounging pants, and period gowns layered with silver and gold lamé. 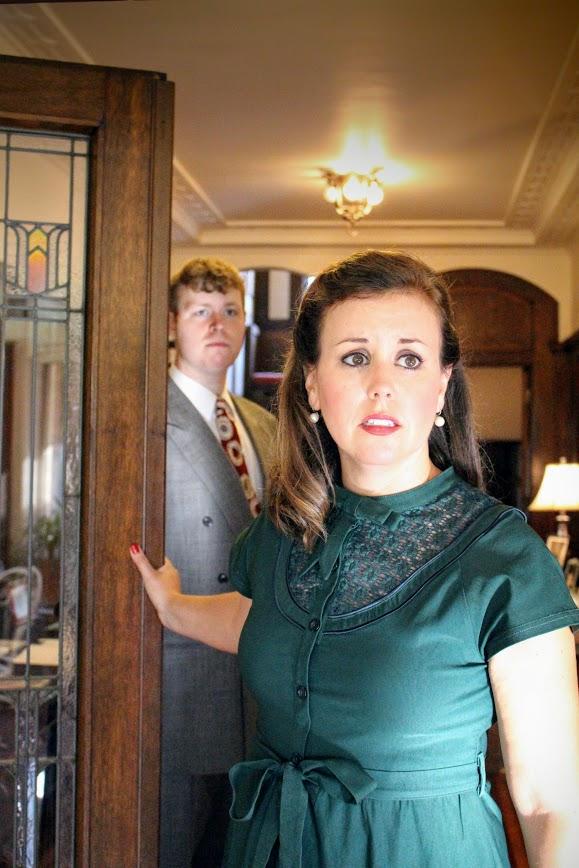 Pieper also assembled an ensemble cast of 20 that didn’t feature a weak performer in the bunch. At times taking on supporting roles, but mostly employed as a Greek chorus, the singing and acting of these performers was spot-on, and it was great to hear live accompaniment played so well by Marcia Renaud’s 16-piece pit orchestra. Technically, there was an issue on Thursday with inconsistent over-amplification for some of the leads while singing, resulting in some piercingly loud notes, but that was hopefully resolved by opening night.

Quad City Music Guild took on the challenging Sunset Boulevard and, even in what was technically a rehearsal, provided an evening of theatre that captured the despair of one person’s desire for love and acceptance. And this entire musical drama is about those basic human needs, and about people like Norma, who crave them in painfully huge amounts while working in an industry that, for women, values beauty and youth above all else. It’s enough to drive a person mad!

Sunset Boulevard runs at the Prospect Park Auditorium (1584 34th Avenue, Moline) through August 13, and more information and tickets are available by calling (309)762-6610 or visiting QCMusicGuild.com.