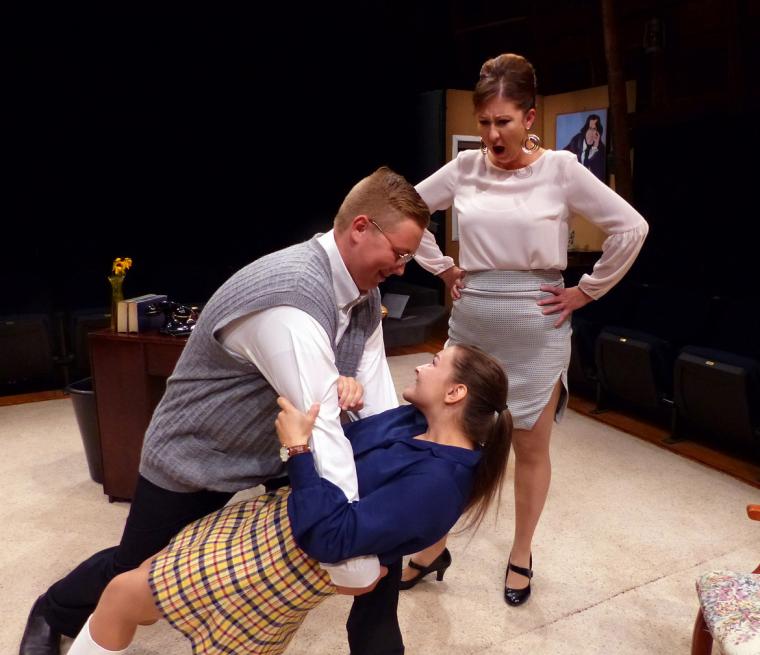 British farce, when done well, is some of my favorite entertainment, and I personally enjoy the fact that the comedy series Fawlty Towers is set in the seaside town of Torquay, England, which happens to be my birthplace. Hoping for the best, on Friday night I attended the Richmond Hill Barn Theatre's production of authors Philip King's and Falkland L. Cary's Big ... Bad ... Mouse! I was a bit disappointed, however, to find that this 1964 show's overall pacing and tone were more representative of broad American comedy than illustrative of “proper” English farce.

Under the direction of Joe DePauw, Big … Bad ... Mouse! tells the story of Mr. Bloom (Jason Schaad), a timid, easily bullied office drone in the Orders Office at England's Chunkibix Ltd. When the play opens, Bloom is virtually ignored by the women in his workplace who seek favor from the pompous Mr. Price-Hargraves (Jim Luebke). However, when a young woman named Doris (Riley Mathews) accuses Bloom of stalking her in the nearby Commons, he rises to almost rock-star status as the women begin to see him as an object of all their sexual desires.

I thought the story, if not questionable in taste, was at the very least, shall we say, flimsy. In order for this farfetched script to work, it needed to be presented as a farce with zany, over-the-top pacing á la Monty Python. But although there were some very funny moments in the show, its pacing was too slow and its style was more in the vein of a straightforward comedy, which the material was not suited for. 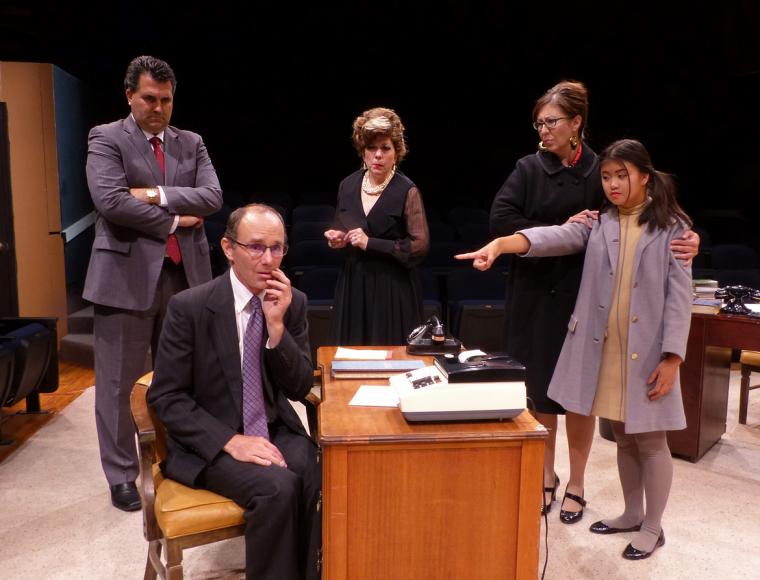 That’s not to say there was no fun to be had. For example, Schaad created a quite-believable, sweet character, and his natural, understated deliveries lent themselves well to his creation of a stereotypical, unassuming Englishman. When Bloom learns of his new status that the accusation has provided him, he turns from a “mouse” into a man and stands up to his bullying boss. I would have liked a little more energy and forcefulness on Schaad's part in that scene, but when he tries to convince his accuser that he actually is a womanizing tiger, the actor is very funny and effective.

The show's funniest moments, though, were delivered by Jackie Patterson’s company chairman Lady Chesapeake. Her costume, makeup, and hair were particularly brilliant – I couldn’t help but laugh just looking at her – and my companion for the show must’ve been reading my mind, for when Lady Chesapeake first appeared, my friend leaned over and whispered, “Sybil Fawlty!” Sybil Fawlty indeed! Patterson delivered some of the most delicious moments of comedy that I’ve seen in quite a while, and I wished she’d had more time on the stage.

In portraying the man-crazy secretary Miss Spencer, Jessica Moore’s intentions and energy rang true and she was quite delightful to watch, despite any aversion one may have to a character who is this over-the-top hungry for a man. Moore also sounded quite English. However, as most of the other characters had minimal or no accents, Moore's well-delivered one wound up calling attention to itself, and through no fault of the performer's, added to the production’s inconsistencies. 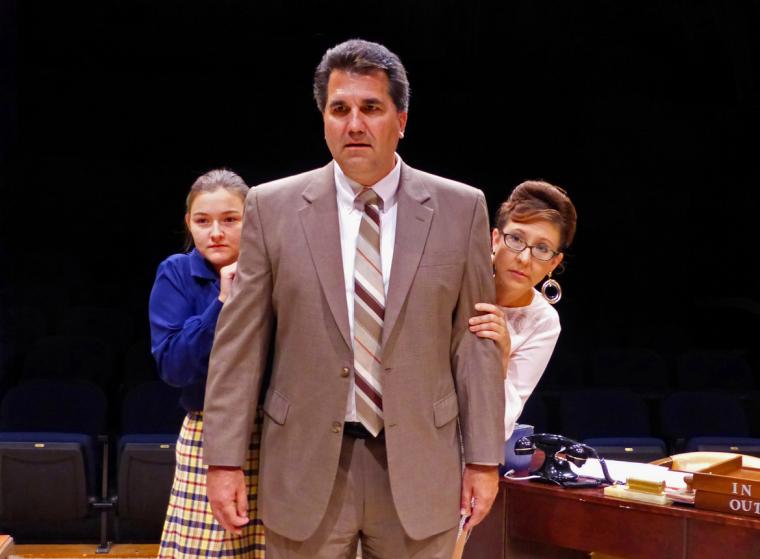 Other elements that were bothersome included a bottle of Jack Daniels – which was likely not the drink of choice in that place and time – and a bouquet of white flowers, perhaps chrysanthemums, that were alluded to as “daffodils.” (Why not get these small details right?) The script raises the issue of an order that was incorrectly filled, with the fault placed at Bloom's feet, but that issue is never resolved in the play. And while the women are shown as terrified of Bloom at the end of Act I, Act II opens with them all seeking his autograph. Of course, this was what King and Cary wrote in their script. It may, however, have worked better if, in addition to (or instead of) fear, the women could have registered a certain lurid fascination with him, which would have made for a more believable transition in the character motivations and actions that followed.

Despite these elements, Richmond Hill's patrons seemed to enjoy this production of Big … Bad … Mouse!, and no doubt the audience contained several proud parents and grandparents. In addition to Riley Mathews, who is a high-school junior, the show featured two other teenagers: Will Luebke (son of Jim), who delivered a very believable characterization as Harold, an office worker with a bit of a mean streak; and Renee Fortino, who did a fine job in portraying the character of office assistant Fiona. Despite being much younger than the rest of the cast, these three blended in well, and good for them for taking advantage of the great opportunity that is community theatre.