Jungle Jam: “Madagascar: A Musical Adventure,” at the Circa '21 Dinner Playhouse through May 12 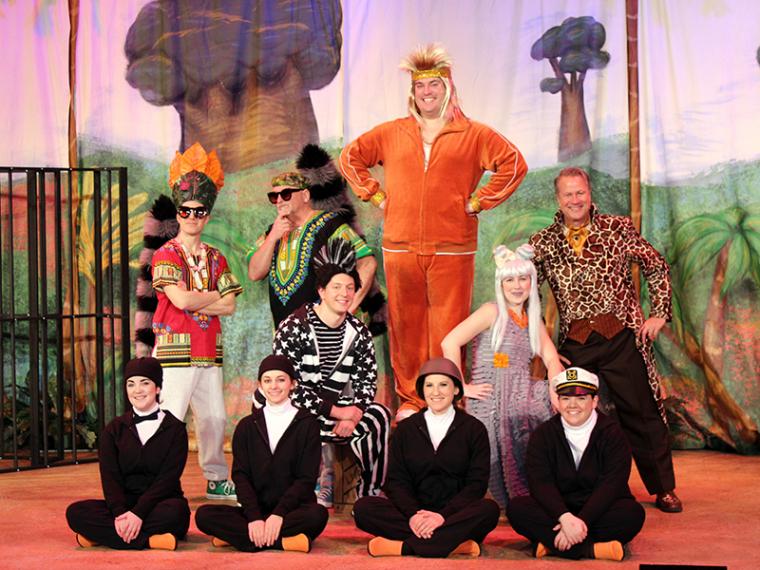 You've got to move it, move it over to the Circa '21 Dinner Playhouse for the children's-theatre production of Madagascar: A Musical Adventure. It's showtime at the Central Park Zoo, and these animals are on the prowl.

Despite crack-a-lackin' with his best friend Alex the Lion (Nicholas Munson), Marty the Zebra (Michael Penick) is having a midlife crisis and decides it's time to break out of the zoo's confines to find the wide-open spaces of a new land … such as Iowa. His ensemble of animal pals consequently throws him a birthday party, and Marty makes his wish come true by escaping into the city with Alex, Melman the Giraffe (Jeff March), and Gloria the Hippo (Joanna Mills). Mistakenly, however, they find themselves on a zoo transfer to Madagascar, and wake up in a new country with lush palm trees and lots of interesting lemurs.

Although Madagascar boasts great songs such as “If I Could Be Free” and “Together Forever,” it's the characters in this adventure – one based on the animated-movie smash – that keep you most entertained. Munson is especially enjoyable when Marty discovers that he really needs a steak. He’s not interested in the seaweed on a stick the lemurs try to feed him, so instead, he decides to take a bite out of his old buddy Marty. This creates an identity crisis for Alex when he can’t deny that he is, after all, a carnivore. 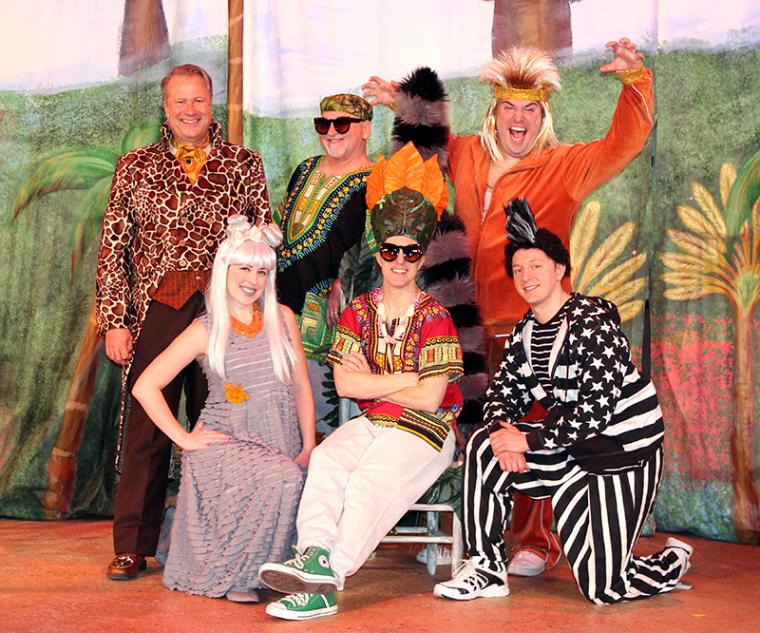 Melman is a hypochondriac – or, as they say in the show, a “hypochongiraffe” – with endless doctor appointments and silly symptoms, and although I don’t think the littlest tykes at the April 21 performance were getting most of his jokes, all the adults seemed to be cracking up. There's also a group of adorable penguins who, looking for an icy home, march to the beat of their own drums, and they're a collectively delightful presence throughout the show. Cydney Weitzel, as Private, absolutely nails her character with superb facial expressions and the physicality of a true penguin, and she interacts with the audience on occasion, making the experience an even more personal and playful one.

Played by Bret Churchill, King Julian is the chief lemur, and quite full of himself, exclaiming, "Welcome to me! I'm quite a find, don't you agree?" and "Feel free to bask in my glow!" Churchill is hilarious here, and a great singer and dancer who hits high notes with ease. (He really did “move it, move it” on Saturday, breaking out old-school dance moves such as “the robot” and contemporary moves such as “the floss.”) His lemur sidekick Maurice, played by Janos Horvath, is a cool character who seems to be, as King Julian would say, always pooping on his party, and as usual, Horvath shines on stage and is a pleasure to watch. And not only did Churchill play King Julian, but also a quite convincing old lady who sauntered about the stage stealing scenes with some good-old-fashioned slapstick humor. I found myself laughing more and more as the show continued.

Costume designer Gregory Hiatt did an excellent job with his creative and innovative wardrobe selections. The penguins' costumes were adorably simple: black sweaters over white T-shirts with bow ties and orange feet. The costume for Mills' cute, soft-spoken Gloria was an oversized gray jumpsuit with silver and white hair fashioned into buns for her ears, all topped off with a pink bow. The lady lemur costumes, meanwhile, were multi-colored designs complete with large sunglasses, beautiful tall hats, and long striped tails that took on lives of their own. 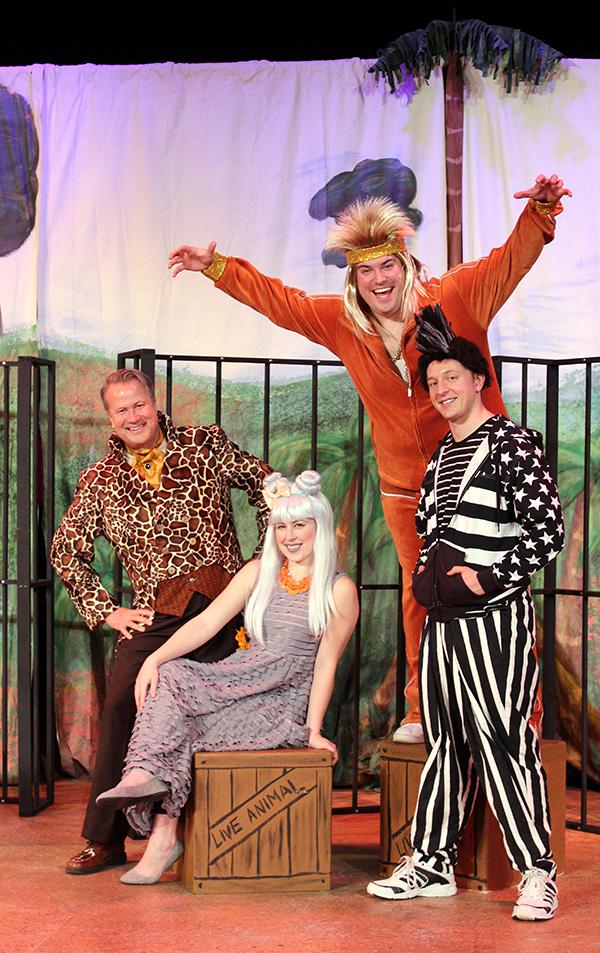 Director Brad Hauskins did fantastic work creating an environment that not only catered to the children – and I'll admit that the kid in me loved it – but was also very appealing to the adults among us. The set was simple but very effective, with painted lush palm trees full of texture and greenery, and the scenic-design team of Heather Hauskins and Clay Becker and scenic artist Morgan Griffin did a wonderful job on the added visual elements. There were zoo bars and live-animal crates that also doubled as platforms for soloists to belt out their tunes, which allowed the characters to move about freely and complemented the choreography by director Hauskins and Sunshine Ramsey.

Madagascar: A Musical Adventure is a lighthearted treat that takes you into a magical world of make-believe while also throwing in some creative audience interaction, and I really enjoyed the colorful characters and outstanding set designs that cannot help but put a smile on your face.

Madagascar: A Musical Adventure runs at the Circa '21 Dinner Playhouse (1828 Third Avenue, Rock Island) through May 12, and more information and tickets are available by calling (309)786-7733 extension 2 or visiting Circa21.com.