Just Joshin': “Big: The Musical,” at the Spotlight Theatre through April 14 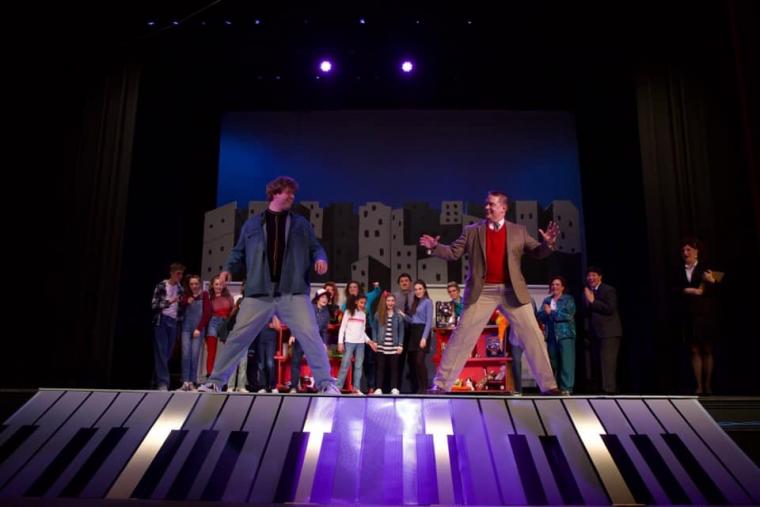 What’s it like being big? I guess it all depends on perspective and age. After all, adulthood is filled with all kinds of responsibilities and stress that accompany being grown; when we're young, we wish to be old, and when we’re old(er), we yearn to be young. So goes the storyline for Big: The Musical, the lighthearted comedy now playing at Moline's Spotlight Theatre. And Friday’s opening-night performance was loads of fun for everyone. At one point, off-stage, an adorable little boy by the name of Ben Bergthold – a “stand-in” brother to on-stage actress Bella Kuta – was carefully following along with Shana Kulhavy's choreography from the floor of the auditorium and many of the patrons, myself included, were loving it. (Speaking of the choreography, it was sweetly simple and really worked; everyone was in sync and in character.)

Based on the 1988 motion picture Big starring Tom Hanks, the show's book by John Weidman, music by David Shire, and lyrics by Richard Maltby, Jr. were delightful, boasting playful songs such as “Say Good Morning to Mom,” “You’re a Big Boy Now,” and “Fun.” Director Brent Tubbs hit another home run with his creativity and childlike spirit shining brightly as he delivered a fantastic production from start to finish, and end even though the venue's sound system could use a little more fine-tuning, I found the entire evening to be quite entertaining and uplifting. From the gigantic piano design by Chris Bernard and Chris Tracy to the colorful strobe-light effects by Tubbs and the charming set design he collaborated on with Phil Cathoir and Richard Baker, this show was just what the doctor ordered for an end-of-the-week treat. 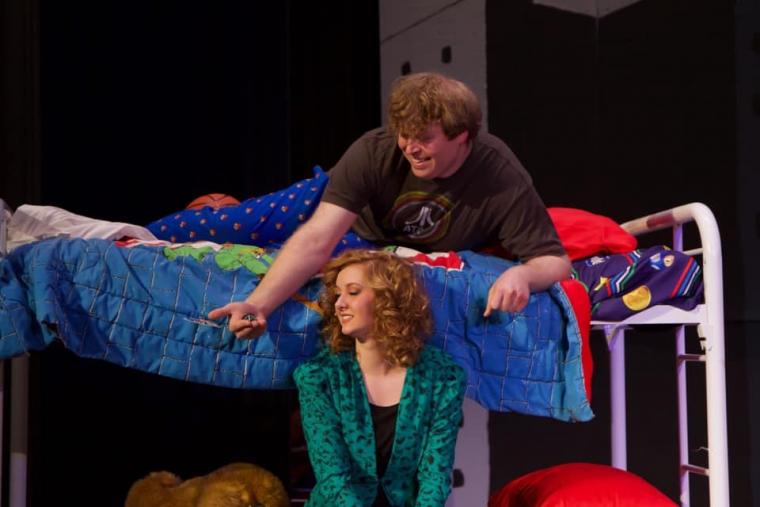 As the story goes, young Josh Baskin (Brennan Hampton) finds himself all grown-up after he makes a wish to be big during an interaction with a carnival's mysterious fortune-teller machine called Zoltar Speaks. The next morning, Josh wakes up in a 30-year-old man’s body even though he’s really just a 12-year-old boy inside, and as you can imagine, his mother (Sara Tubbs) is astonished to find a strange man in her house. Josh’s best friend Billy Kopecki (Croix Baker) is the only one who understands what has happened to him, and together they try to figure out a way to turn Josh back into a kid. Baker is outstanding in his role as Josh’s best buddy, and together, he and the adult Josh played by Ian Sodawasser are spectacular, with their silly grins and soothing singing voices completely winning me over.

Josh soon finds himself employed with MacMillan Toys as a toy tester, and upon meeting company head Mr. MacMillan (Joe Urbaitis), the pair dance upon oversize piano keys as they sequentially light up at each step they take. Sodawasser and Urbaitis glided across that keyboard like real pros – the audience showed its approval with a round of applause – and in the following scenes, we find Josh spinning in his office chair while he stares off into space at a conference meeting, happy with his new adult job playing with toys for a living.

Meanwhile, Susan Lawrence (Becca Johnson), V.P. of marketing for the toy company, finds herself strangely attracted to Josh, and soon she is invited over to his house for a “sleepover.” Johnson has an endearing girl-next-door look and lovely singing voice that she employs in the song “Let’s Not Move Too Fast,” and she and Sodawasser are adorable together when their characters find themselves jumping around on bean bag chairs clad in pajamas. The innocence and purity of the relationship is both heartwarming and hysterical. 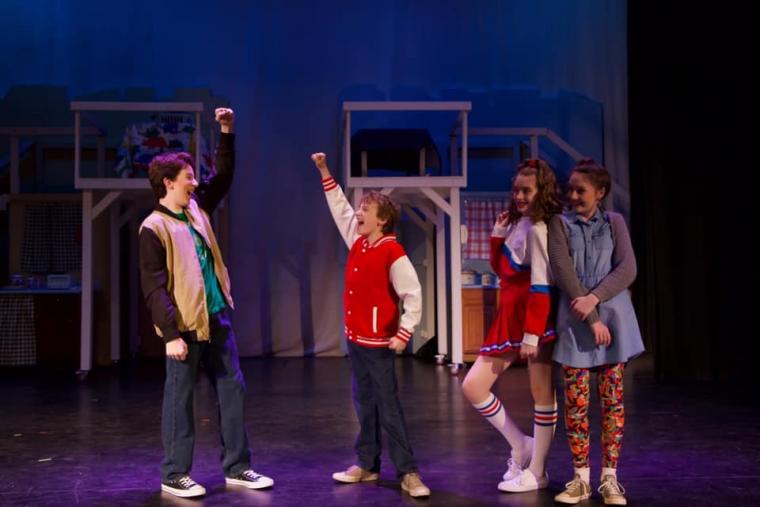 I felt like the entire cast really blended well together and the show flowed effortlessly, while the costume design by Alexis Lotspeich was simply brilliant, with snappy business attire for the toy-store executives and colorful street clothes for the children. Everything seemed to just come together nicely at Friday’s opening performance, and I left feeling a little bit better about being big!

Big: The Musical runs at the Spotlight Theatre (1800 Seventh Avenue, Moline) through April 14, and more information and tickets are available by calling (309)912-7647 or visiting TheSpotlightTheatreQC.com.