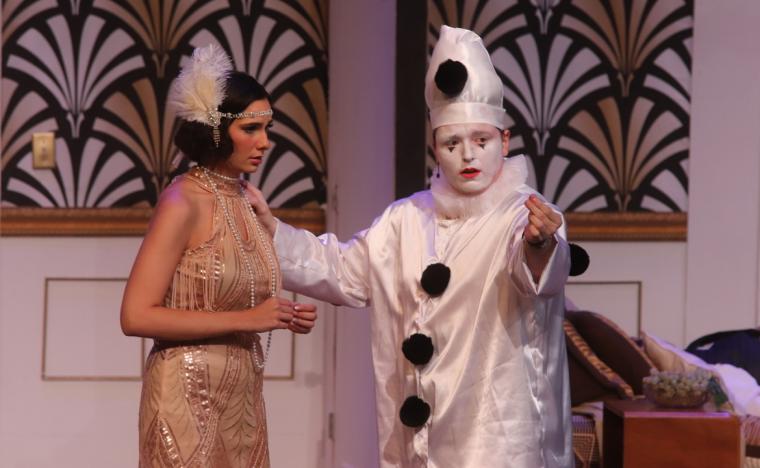 Emily Chaviano and Colin McGonagle in “Lend Me a Tenor" at the Timber Lake Playhouse -- June 16 through 26.

Lauded by the Hollywood Reporter as “hysterically funny” and BackStage as “an evening full of belly laughs,” playwright Ken Ludwig's Tony Award-winning farce Lend Me a Tenor returns to Mt. Carroll's Timber Lake Playhouse for a June 16 through 26 engagement, this tireless and hilarious show-biz comedy delivering, according to the Associated Press, “more than enough laughs to keep Ludwig's outlandish story spinning merrily.”

As Lend Me a Tenor opens, the year is 1934, and world-famous Italian tenor Tito Mirelli is set to perform the starring role on a very important night for the Cleveland Grand Opera Company. Henry Saunders, the company's general manager, is beyond stressed about everything turning out right, and insists that his assistant, Max – a nervous, young fellow and secret tenor extraordinaire – watch over Tito’s every move to ensure smooth sailing. After a huge fight with his fiery Italian wife Maria, Tito receives a double dose of tranquilizers through a series of mishaps. And after you throw an ambitious female co-star, Max’s giddy girlfriend, a flirty head of the opera guild, and a meddling bellhop fighting for Tito’s attention you have a recipe for a topnotch comedic disaster. Max navigates the company through one catastrophe after the next – an angry spouse, a presumed death, crazy costumes, secret sex romps, and loads and loads of slamming doors and mistaken identities – with Ludwig's knockabout slapstick ultimately posing the question: Can Max and Saunders find a way to save the Opera Company’s big night in grand, farcical fashion? 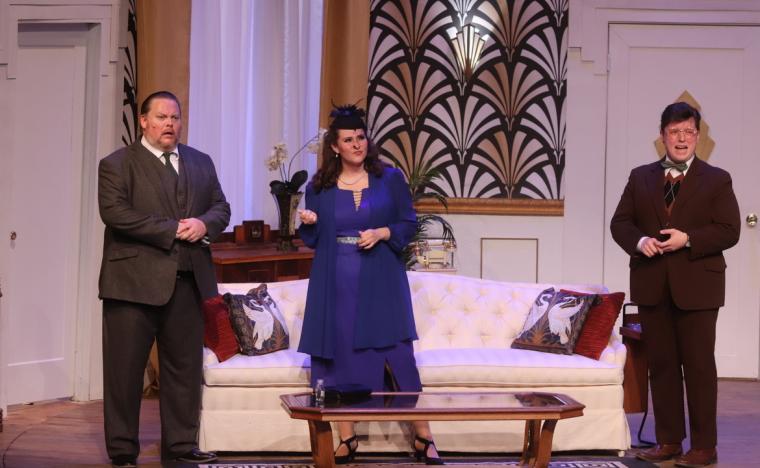 Directing and providing scenic design for Lend Me a Tenor's Timber Lake run is the company's longtime executive director Dan Danielowski, who also directed the theatre's recent productions of The Robber Bridegroom and Buddy: The Buddy Holly Story, and starred as Tevye in 2018 presentation of Fiddler on the Roof. Included among the show's cast are Darren Mangler as Henry Saunders; Colin McGonagle as Max; Margot Frank as Maria; Emily Chaviano as Max's girlfriend Maggie; Bryant Howard as the bellhop; Jodie Langel as stage diva Diana; Marcia Sattelberg as the opera guild's Julia; and Peter Lake as Tito Merelli. And with the comedy's lighting design by Cameron Strandin, additional members of Lend Me a Tenor's creative team include costume designer Jade Zhang, props designer Callie Hester, sound designer Tyler Malone, and production stage manager Chelsey Steinmetz.

Lend Me a Tenor runs at the Mt. Carroll theatre June 16 through 26, with scheduled performances at 7:30 p.m. and 2 p.m. Tuesdays through Sundays. Admission is $25-35, and more information and tickets are available by calling (815)244-2035 and visiting TimberLakePlayhouse.org.