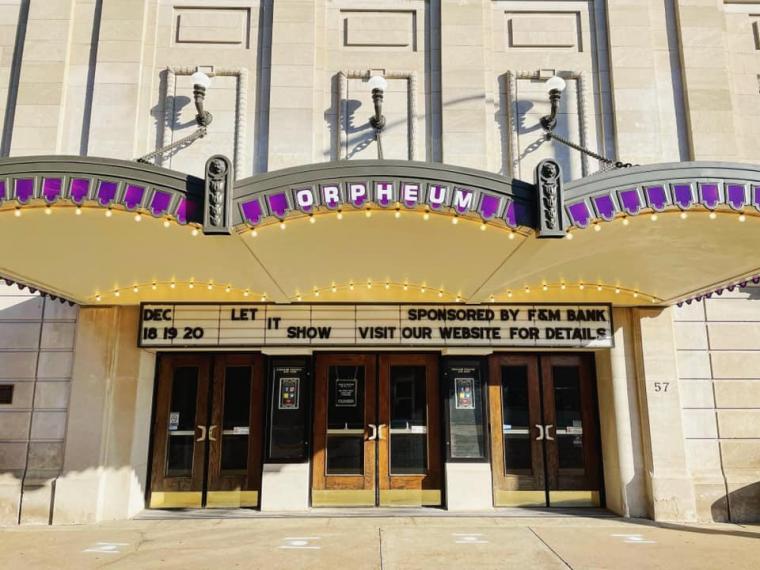 Presented by the Orpheum Theatre

Written and directed by the Orpheum's box-office manager and longtime performer/director Tim Holmes, Let It Show, Let It Show, Let It Show will feature a plethora of favorite holiday songs and stories, merrily performed by its cast and recorded for virtual presentation live on the Orpheum's stage. Among the holiday tunes included are “Need a Little Christmas,” “Marshmallow World,” “Little Saint Nick,” “Merry Christmas, Darling,” and “I’ll Be Home for Christmas,” with the ensemble featuring Holmes and a half-dozen additional performing talents: Lily Anna Blouin, Josiah Chatterton, Erin Glasnovich, Maya Gomez, Joey Lucero, and Ross McIntire.

A veteran of such Galesburg-area companies as Prairie Players Civic Theatre, Galesburg Community Theatre, Carl Sandburg College Theatre, Stage Right Productions, and the Coffee Bean Theatre, Let It Show, Let It Show, Let It Show creator Holmes is an instructor and director with the Performing Arts Academy of Galesburg, where he teaches acting classes and assists in production of the annual spring musical. For the Orpheum, Holmes has previously directed such stage presentations as South Pacific, You're a Good Man, Charlie Brown, and Guys & Dolls, and his roles as an actor include Caldwell B. Cladwell in Urinetown, George Hay in Moon Over Buffalo, and the very model of a model Major General in Gilbert & Sullivan's The Pirates of Penzance.