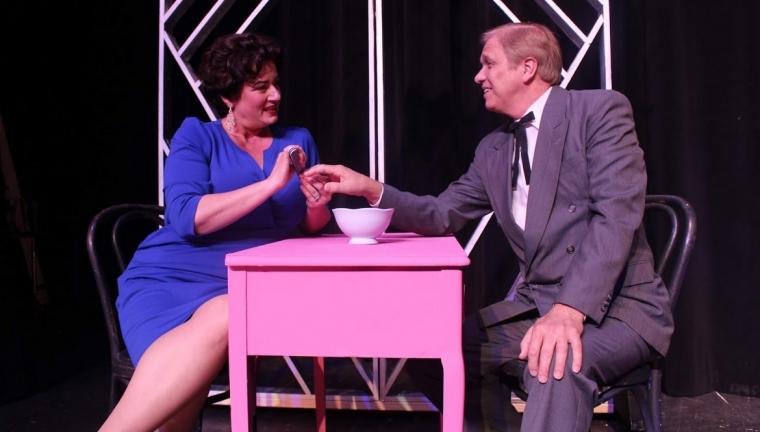 Big-band music and huge dance numbers filled with sequin gowns and big-city lights are what I experienced at Quad City Music Guild's latest production Mame. With a multitude of cast members to fill the ensemble, Saturday's June 9 performance was packed with comedy, fantastic singing, and extravagant sets.

Boasting music and lyrics by Jerry Herman and a book by Jerome Lawrence and Robert Edwin Lee, and based on Patrick Dennis' 1955 novel Auntie Mame, Mame set in New York City circa 1929 and focuses on the rich, eccentric Mame Dennis (Julie Wilson Funk) and her equally wealthy friend Vera Charles (Rachel C. Vickers). Mame’s luxurious life, however, is interrupted when her young nephew Patrick Dennis (Brennan Hampton) arrives to live with her, and from her grandiose staircase entrances while dressed in glamorous gowns (courtesy of costume designer Peggy Freeman Knudsen) to her swinging on a crescent-shaped moon, Funk embodied her character beautifully. She was obviously very comfortable on stage, and there was a flowing ease to her performance.

Vera Charles is Mame's bosom buddy – a baritone actress and the world's greatest lush. Vickers' low, sultry voice was a real treat to listen to, and along with her exceptional comedic timing and overall acting talent, she really stood out. Together, Funk and Vickers nailed their “Bosom Buddies” duet with great style and flair. And Kevin Pieper’s rendition of the debonair Southerner Beauregard Burnside was excellent, providing his character with a spot-on accent coupled with undeniable swagger. (Pieper’s performance was reminiscent of the legendary Clark Gable’s portrayal of Rhett Butler in Gone with the Wind.) 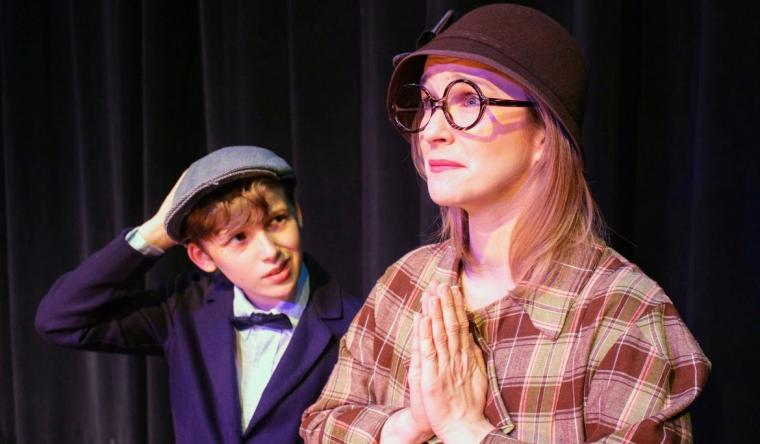 Agnes Gooch, Mame's personal secretary and nanny-in-law, is portrayed by Katie Casey, who did a terrific job with her character's naïveté and frumpy ways. Casey's performance of “Gooch's Song,” after her character has become pregnant as a single woman, was very entertaining as the performer belted out her lyrics with power and conviction, explaining that she found herself in this state by following Mame's and Vera's questionable advice.

Hampton stole scenes with his sheer cuteness and sweet voice, and was dressed in a pageboy outfit, complete with matching hat, that tailored the young actor's look. Meanwhile, as the adult Patrick, Andy Sederquist's boy-next-door good looks and charming demeanor complemented – and were actually a great match for – Hampton’s performance.

Other notable portrayals included Joseph Fiems' Vito, who fluttered about the stage feather dusting and occasionally trying on Mame’s furs while going about his business as a rather flamboyant butler. Erin Platt made me laugh with her dynamic portrayal of Sally Cato, a well-to do southern belle who becomes Mame’s nemesis; the performer just oozed with talent and personality, and I couldn’t keep my eyes off her. Roger Akers' M. Lindsay Woolsey was lovable when trying to help Mame get her book published, and proved to be an ally throughout the show. 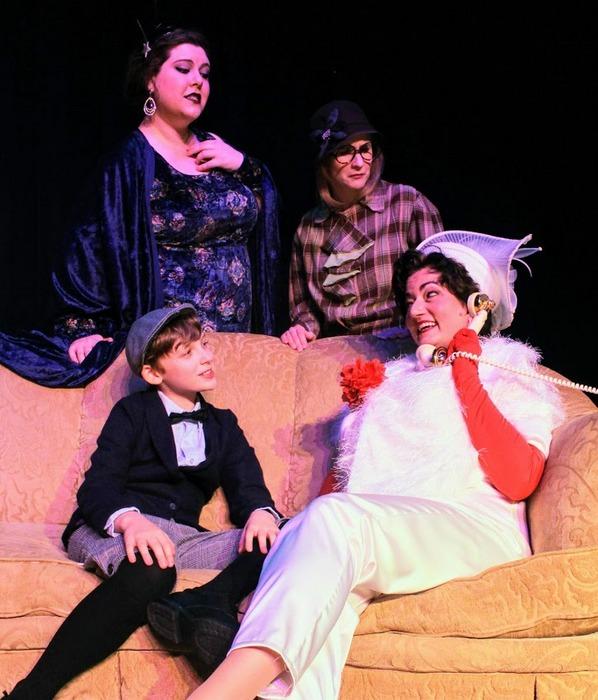 Steve Trainor plays Mr. Babcock, the trustee with the Knickerbocker Bank who tries to convince Mame to send young Patrick to a private boys’ school, and the actor, in his physical presence, reminded me of Christopher Walken. But when it came to delivering lines, Trainor's performance could still use some fine tuning, and his stiff, robotic line deliveries were equaled by those of Steve Touvelle's and Chris Scott's Mr. and Mrs. Upson.

That being said, though, the show was quite good. Director Troy Stark and music director Deb Swift had their work cut out for them with an ensemble cast numbering 24 in total, and I was amazed at how precisely the dancers pulled off Anthony Greer's complicated choreography. During the fox-hunt scene, the ensemble looked fabulous in their red-and-white riding crops and high black boots while dazzling us with fantastic dance numbers complete with high kicks, lifts, and flips.

Mame's main backdrop was a silhouetted scene of New York City that gave the set a genuine Broadway feel compliments of set designer Sean McGinn, with terrific lighting provided by Brittney and Robert Crist. And the era was accurately represented through both Knudsen's well designed costumes and Greer's exemplary choreography.

If you appreciate big-band music and flamboyant entertainment from days gone by, and perhaps don’t mind a shuttle-bus ride to the venue, then you will likely love this lively production of Mame at the lovely Prospect Park auditorium.

Mame runs at the Prospect Park Auditorium (1584 34th Avenue, Moline) through June 17, and more information and tickets are available by calling (309)762-6610 or visiting QCMusicGuild.com.