Magical Misery Tour: “Some Girl(s),” at the Playcrafters Barn Theatre through May 26 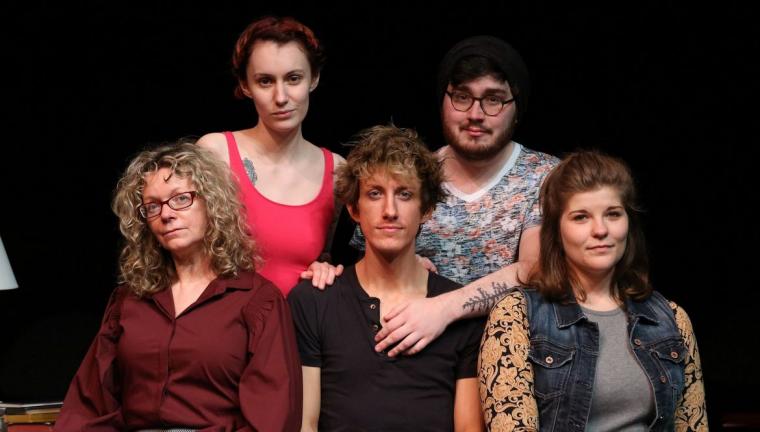 “Four cities, four past romances, four stories to be told (four nearly identical hotel rooms).” That's the premise behind the Playcrafters Barn Theatre's Barn Owl presentation of Neil LaBute's Some Girl(s), and alternating between the emotionally draining, bitingly funny, viciously cynical, and surprisingly engaging, the comedy/drama might best be described as a how-to manual on how not to make amends with your past relationships.

Some Girl(s)' main character Guy (Adam Cerny, last seen in Playcrafters' January production of The Woman in Black) is engaged to be married. But before he ties the knot, he embarks on a journey to confront his past mistakes, and maybe have one last fling, before succumbing to a life of wedded bliss.

Guy's first stop is in his original home town of Seattle, where he meets with Sam (Sydney Dexter), his high-school sweetheart. Sam and Guy have gone on two completely separate paths since school, as he's a struggling fiction writer who has just had his first story published in The New Yorker, and she's a traditional middle-class wife and mother who doesn't understand why Guy wants to meet with her after 15 years. Guy's attempts to bury the hatchet don't play well with Sam, who has moved on with her life and doesn't have time to re-open old wounds. Dexter plays Sam with a near-perfect mix of impatience, curiosity, revulsion and anger, seeing past Guy's insincere apologies and calling him out every time he tries to lie about events from their past, and the performer's exit was one of my favorite moments of Tuesday's preview. 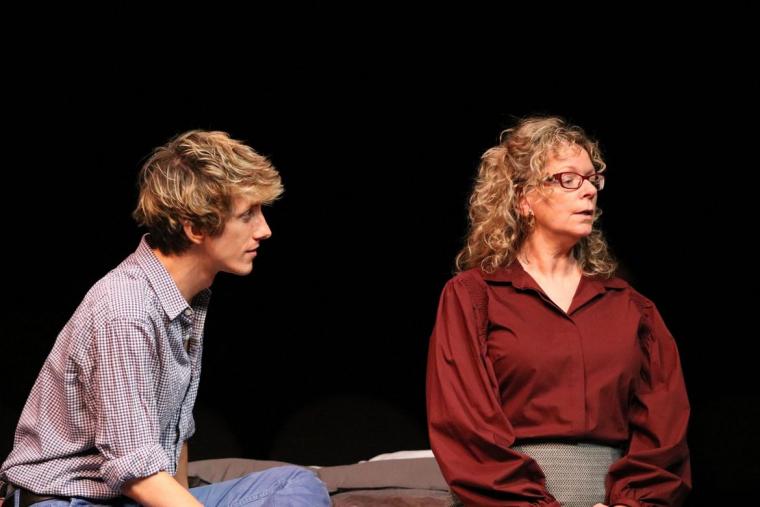 In Chi-town, we meet Tyler (Alex Richardson), Guy's one homosexual affair (that we know of). Tyler's ready for a good time regardless of Guy's engagement, evidenced by their conversation: “Are you married yet?” “No.” “Then I don't care!” Tyler exclaims, throwing his arms in the air. Richardson's Tyler is bubbly and energetic – a good-natured stoner who realized the affair with Guy was never going to be anything serious. He had, for instance, seen Guy make secret phone calls in the middle of the night to some past lover, so he wasn't upset when Guy disappeared. (“It's simple to forget people when they're not around.”)

Next stop is Boston, where Guy had his first job teaching college. There we meet Lindsay (Pamela Crouch), a college professor whose career and marriage were nearly ruined by her affair – and whom me meet in the same hotel room she and Guy used to rent when they were having their fling. Lindsay doesn't believe Guy when he tells her he wants to make restitution for abandoning her, so she calls his bluff, telling Guy that she and her husband have agreed the best way for Guy to atone for his sins is to make love to her one last time, knowing that he'll have to live with the guilt of being unfaithful to his fiancé for the rest of his days. Crouch's Lindsay reminded me a little of Christine Baranski, who plays Leonard's mom on The Big Bang Theory. Perfectly poised and somber, yet simultaneously direct and vulgar, Crouch's taunting was both delightful and a little scary.

Some Girl(s)' last stop is L.A., and the most emotionally charged portion of the performance. Guy has realized that after all this time, Bobbi (Alice Guzman in a breathtaking performance) is his one true love – the woman he had been pining for during his relationship with Tyler. Guy confesses that his attraction to his fiancé is because she and Bobbi share similar looks and interests, and her reactions range from restrained to explosive as she rails against Guy for the destruction and pain that he has caused everyone he has ever abandoned. 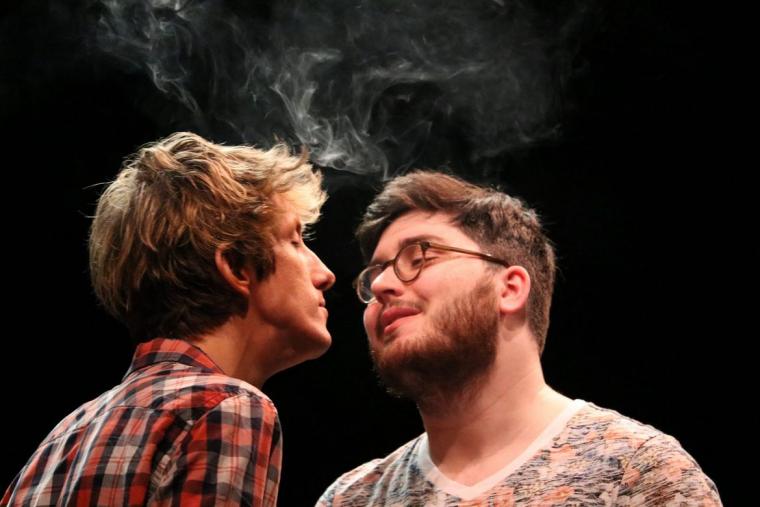 Throughout the production, Cerny's portrayal of Guy is brilliantly shallow and self-serving, with his apologies devoid of any sorrow or empathy for the lovers he has wronged. Guy's apology tour boils down to nothing less than an attempt to assuage his own meager pangs of guilt – or worse, to re-open old wounds in the hope of causing his ex-lovers even more pain. The four other members of this first-rate cast confirm this by their reactions to Guy's visits. None of them believe his lame excuses for abandoning them, nor do they accept his insincere attempts at reconciliation.

Director Cynthia Safford is to be applauded, not just for the outstanding performances, but for the creative use of staging in this production, keeping the actors moving so that my view of the proceedings was never blocked for more than a moment or two. Safford also added seats to the rear of the playing area, making this a true theatre-in-the-round experience, and possibly the best use of space I've ever seen in a Playcrafters production.

Although Some Girl(s) is not appropriate for the kiddies (or those with tender sensibilities), it is a hell of a ride. Just don't see it with your ex.

Some Girl(s) runs at the Playcrafters Barn Theatre (4950 35th Avenue, Moline IL) through May 28, and more information and tickets are available by calling (309)762-0330 or visiting Playcrafters.com.