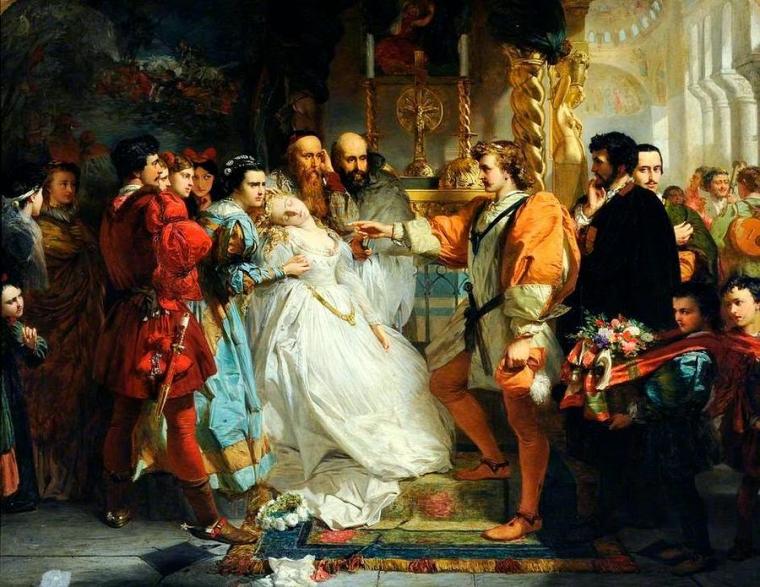 Returning to the presentation of classical theatre in Rock Island's Lincoln Park for the first time since 2019, the venerated stage company Genesius Guild – which originated in 1957 – opens its 2021 season with the June 19 through 27 run of William Shakespeare's Measure for Measure (abridged), a 90-minute rendition of the timeless comedy that led River Cities' Reader reviewer Thom White to state, “I ended up laughing harder … than I've ever laughed while watching a Shakespeare performance.”

At the start of Measure for Measure, Vincentio, the Duke of Vienna, decides to take a sabbatical, appointing his deputy Angelo to rule as his proxy. The Duke, it seems, has grown lax in the enforcement of laws regarding wanton or unchaste behavior, and the over-zealous Angelo's enthusiasm and harshness in carrying out Vincentio's duties take everyone aback. When the young gentleman Claudio is arrested for getting his fiancée Juliet pregnant before they are married, Angelo condemns him with a death sentence, leading Claudio's sister Isabella – a novitiate preparing to enter a nunnery – to beg Angelo to spare her brother's life. Angelo is at first unwilling to budge, but Isabella's pleading, and her beauty, eventually move him in an unexpected way: He will grant a pardon to Claudio if she will yield to him her virginity to him. Isabella scorns his proposition and relates the tale to Claudio, but the man proves eager to trade his sister's virtue for his life. What results in Shakespeare's classic is a tale of virtue battling corrupted power, with the Duke, in disguise as a friar, setting into motion a plot to save both Claudio and Isabella from their predicaments.

Serving as director for Measure for Measure (abridged) is Jeremy Mahr, an area-theatre favorite whose classical (and classical-adjacent) credits include appearing in Genesius Guild's Macbeth and Much Ado About Nothing, directing the Prenzie Players' Coriolanus and The Taming of the Shrew, and co-starring in the Spotlight Theatre's springtime production of The Complete Works of William Shakespeare (abridged) [revised]. The one-act version of Shakespeare's Measure for Measure was adapted by Kevin Rich. And the show's 11 characters are collectively portrayed by six local talents who previously performed with Genesius Guild and/or the Prenzie Players: Guy Cabell (Guild's The Merchant of Venice), Mischa Hooker (Guild's The Tempest), Kitty Israel (the Prenzies' The Merry Wives of Windsor), Andy Koski (the Prenzies' All's Well That Ends Well), Noah Stivers (the Prenzies' The Comedy of Errors), and Denise Yoder (the Prenzies' Love's Labour's Lost).

Measure for Measure (abridged) runs at Lincoln Park June 19 through 27 with performances Saturdays and Sundays at 7 p.m., and although admission is free, donations are greatly appreciated. For more information, visit Genesius.org.