Merry-onette: “Pinocchio,” at the Circa '21 Dinner Playhouse through December 29 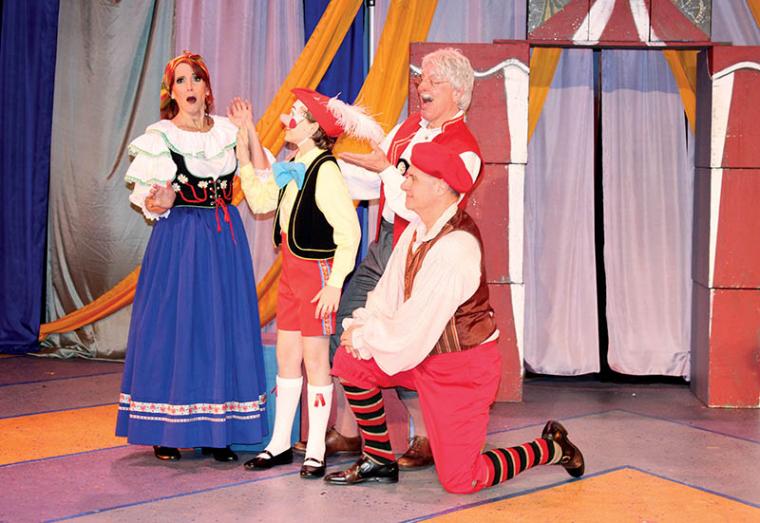 I've always enjoyed the children’s-theatre presentations at the Circa '21 Dinner Playhouse, and Saturday morning’s performance of Pinocchio brought me yet another magical experience that I thoroughly appreciated. A lighthearted, classic tale about a wooden puppet and his maker’s wish for him to become a real little boy, director Warner Crocker's show emphasizes a positive message about the importance of honesty and is filled with imaginative characters that bring this wonderful story to life.

Adapted by Dennis Kelly, this Pinocchio – with its music and lyrics by Jim Eiler and Jeanne Bargy – is initially set in a small village in Italy and the scenic design team of Crocker, Erica Zaffarano, and Susie Holgersson did a brilliant job creating a cheerful set that reminded me of a circus tent with its great, flowing fabric and well-painted entrance. In the opening act, we're introduced to Antonio (Brad Hauskins), our Italian narrator throughout the play. Decked out all in red complete with a vest, cap, and stockings, Antonio greets the audience with a boisterous “Buongiorno!” Hauskins' performance was enthusiastic, and from the beginning it really set the tone for the whole show. (He moved about the stage with ease and professionalism even when he's sitting quietly on the steps, observing the action as the play unfolds.)

In his role as Pinocchio, Brennan Hampton displays a lovely singing voice and great stage presence that makes you fall in love with this innocent marionette. As Geppetto, Tom Walljasper portrays his character with a gentle believability as he sings his heart out, reflecting upon the woodcarver's relationship with his wood creation. Both well-cast actors effortlessly connected on stage, and portraying Gepetto's wife Angelina, Deb Kennedy showcases her natural talent and generates a few laughs with her witty one-liners. 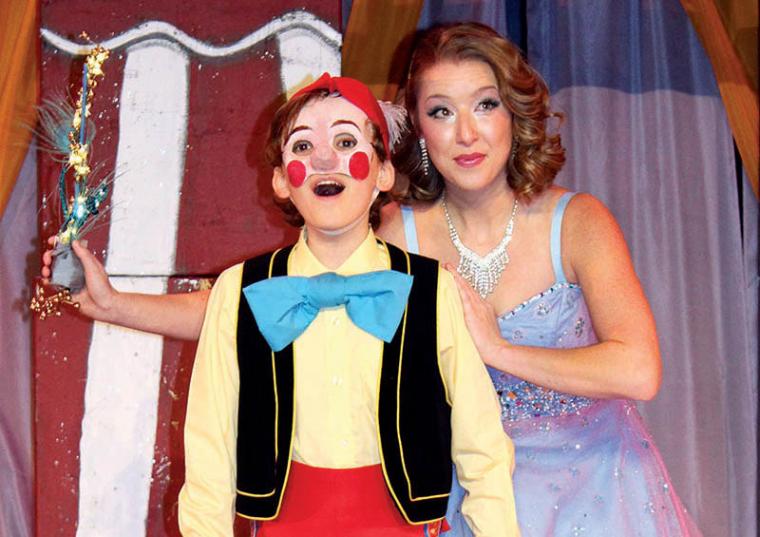 Fully engaged and larger than life, Janos Horvath plays Pinocchio's Pizza Maker and its Coachman, demonstrating his ability to transform himself into vastly different characters with extremely dissimilar personalities. In his role as the Coachman, Horvath cracks a whip while entering through the center of the audience in the most dramatic of fashions. He subsequently takes Pinocchio and his newfound friends Candlewick (Danielle Fattore) and Gino (Julian Anderson) to the land of toys Pleasure Island, where they frivolously spend their time until they're turned into donkeys. Fattore and Anderson, playing ornery boys who negatively influence Pinocchio, do a fine job in their roles, even if they don't resemble actual youths in the least.

Eventually, the Fox (Michael Penick) and Cat (Sarah Hayes) persuade Pinocchio to join Stromboli's puppet show. And while Hayes speaks with a lisp while portraying a delightful and spunky Cat, Penick is equally entertaining as her partner in crime. Together, the performers exuded great stage chemistry and charm, and not to be outdone, Brooke Myers’ rendition of the elegant Blue Fairy was mesmerizing as she seemingly floated about the stage dressed in a sparkling, dusty-blue sequence gown. Her glowing magical wand, accompanied with sound effects by Bret Churchill, made for an enchanting experience, and all of the show's additional props were excellent, from the oversized pizza to the floating balloons. 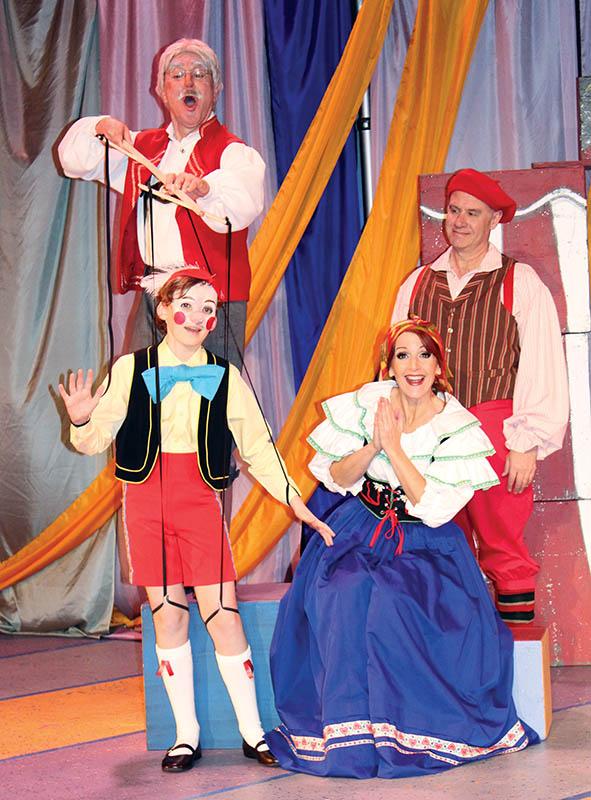 Meanwhile, the set's background – a view above the Italian village that included a beautiful, starry night created by Heather Hauskins – was absolutely gorgeous. The costume design by Greg Hiatt, among the best of his I've seen, found the actors dressed in colorful, flamboyant costumes that really added fantastic visual effects no matter where you were seated. (I particularly liked the fancy balloon-vest design that Hayes' Balloon Seller wore.)

And thanks to Mike Turczynski and stage manager Michael Beverley, all of the show's technical aspects appeared flawless. When it was time for Pinocchio’s nose to grow, the transition from regular nose to elongated one was seamless; the lights when black for just a moment, Hampton quickly swapped noses, and none of us saw a thing. Given its well-rounded cast and superb music direction by Travis Smith, I was once again thoroughly entertained by another delightful children’s-theatre production at Circa '21.

Pinocchio runs at the Circa '21 Dinner Playhouse (1828 Third Avenue, Rock Island) through December 29, and more information and tickets are available by calling (309)786-7733 extension 2 or visiting Circa21.com.