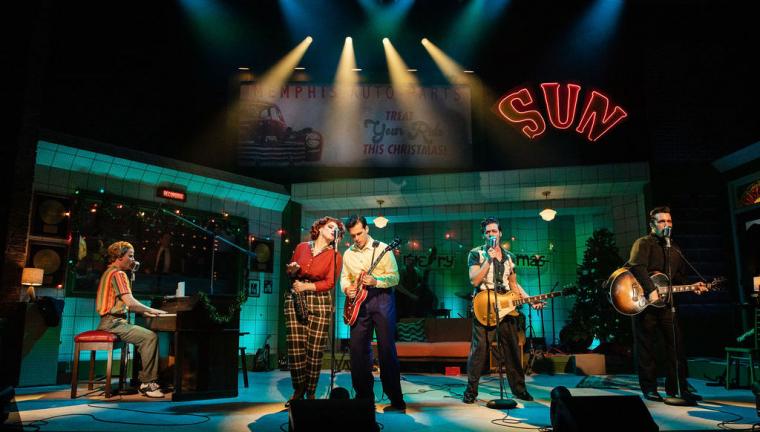 With the touring sensation featuring a book by Tony nominee Colin Escott and orchestrations and additional arrangements by Chuck Mead , Million Dollar Quartet Christmas is the followup to the acclaimed jukebox musical that found an extraordinary twist of fate bringing Cash, Lewis, Perkins, and Presley together at Memphis' Sun Records recording studio for what would be one of the greatest jam sessions ever. The show finds the famed foursome reunited again to celebrate the most wonderful time of the year, with Sun Records now donned with a Christmas tree, garland, and mistletoe, and ringing with both the sounds of the season and the chart-toppers that made these legendary artists famous. Fans are invited to follow along with the gang’s usual antics as everyone collectively journeys through a story of Christmas past, present, and future, with the astounding repertoire boasting such timeless hits as “Blue Christmas,” “Santa Baby,” “Rockin' Around the Christmas Tree,” “I'll Be Home for Christmas,” “Santa Claus Is Coming to Town,” and “God Rest Ye Merry Gentlemen.”

The national tour of Million Dollar Quartet Christmas lands in Davenport on November 27, admission to the 7:30 p.m. show is $49-72, and tickets are available by calling (800)745-3000 and visiting AdlerTheatre.com.