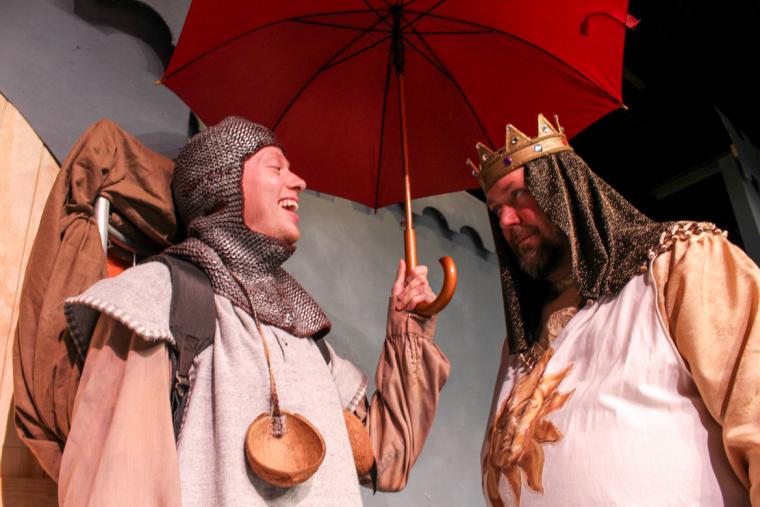 A beloved and riotous Broadway smash that won three Tony Awards, ran for 1,575 performances, and was even commemorated on a British Royal Mail stamp, Monty Python's Spamalot will be presented June 11 through 13 in a virtual performance by Quad City Music Guild, this modern classic a stage farce that the New York Times called “resplendently silly” and that, according to the UK's Independent, “leaves you high and weak with laughter.”

Inspired by (or rather, “lovingly ripped off from”) the classic movie comedy Monty Python & the Holy Grail, Monty Python's Spamalot tells the legendary tale of King Arthur’s quest to find the Holy Grail, albeit in a manner that diverts just a wee bit from more traditional versions of the legend. In place of tradition, Spamalot features shenanigans including a line of beautiful dancing girls, flatulent Frenchmen, and at least one killer rabbit. Throughout the show, Arthur, traveling with his servant Patsy, recruits several knights to accompany him on his quest, among them Sir Bedevere, Sir Robin, Sir Lancelot, and Sir Galahad. Along the way, they meet such characters as the Lady of the Lake, Prince Herbert, Tim the Enchanter, Not-Dead Fred, the Black Knight, and the Knights who say Ni, leading to an outrageous, uproarious, and gloriously entertaining story sure to delight audiences as they, too, search for the Holy Grail and “always look on the bright side of life.” 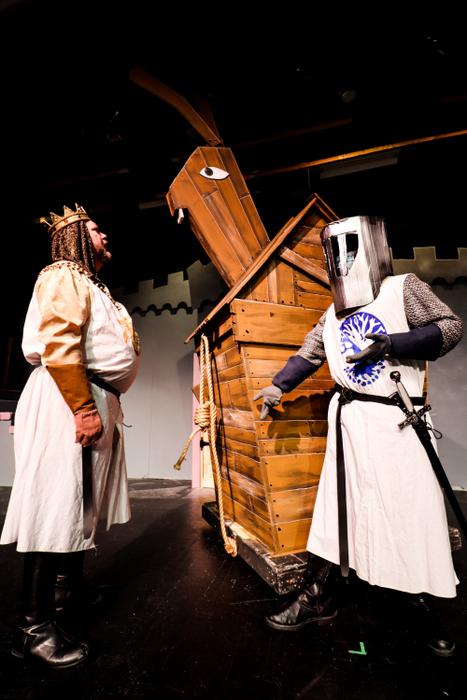