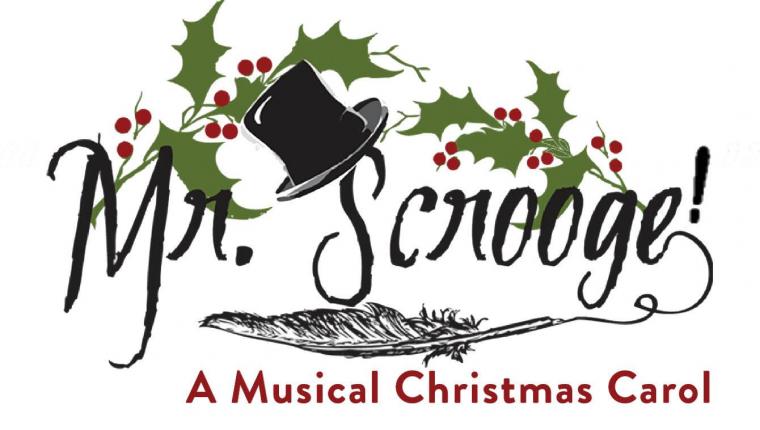 “Mr. Scrooge! A Musical Christmas Carol" at the Circa '21 Dinner Playhouse -- November 29 through December 28.

Praised by Columbus Theatre Scene as “a sweet, family-friendly show that tells its story succinctly and with charm,” the stage adaptation Mr. Scrooge! A Musical Christmas Carol makes its area debut with a November 29 through December 28 run at Rock Island's Circa '21 Dinner Playhouse, the show boasting all of your favorite characters in a song-filled treat by the gifted creative team behind the family smash How I Became a Pirate.

Based on the Charles Dickens classic A Christmas Carol, Mr. Scrooge tells the familiar tale of the mean-spirited and curmudgeonly Ebenezer Scrooge, who is visited by the ghosts of Christmases Past, Present, and Future, all of whom hope to change his destiny and save his soul. As audiences hear stories from Scrooge's life, they travel back and forward in time, and through a series of strange and magical journeys and colorful characters, the miserly old man ultimately discovers the true spirit of the holiday season. With the tale's assemblage of beloved characters including the put-upon Bob Cratchit, the frightening Jacob Marley, and the endearing Tiny Tim, playwright Bill Goldsmith's Mr. Scrooge: A Musical Christmas Carol is a family-friendly re-telling of this timeless holiday story with delightful new songs by the team of Janet Yates Vogt and Mark Friedman. In addition to the uproarious How I Became a Pirate, which Circa '21 produced in both 2013 and 2015, Vogt and Friedman's other children's shows have included that comedy's holiday-themed sequel Jingle Arrgh the Way, adaptations of Alice in Wonderland and Anne of Green Gables, and the family slapstick Rapunzel! Rapunzel! A Very Hairy Fairy Tale.

Directing Mr. Scrooge: A Musical Christmas Carol for Circa '21 is venue favorite Tom Walljasper, who has appeared in more than 100 productions at the Rock Island Dinner Theatre (among them the current Elf: The Musical) and directed another family presentation of A Christmas Carol in 2007. Serving as music director is Tom's wife Shelley Walljasper, herself also a familiar stage presence in such Circa '21 offerings as The Music Man and Grumpy Old Men: The Musical. And featured in the show's cast are Brad Hauskins as Scrooge (the actor having also played the role in 2007's A Christmas Carol) Tristan Tapscott as Bob Cratchit, Chloe Knobloch as Tiny Tim, and nine additional professional talents: Micah Bernas, Jacob Clanton, Sydney Dexter, Sam Forge, Sarah Hayes, Brooke Myers, Pat Flaherty, Hailey Shemek, and Miranda Sloan.

Mr. Scrooge! A Musical Christmas Carol runs November 29 through December 28 with scheduled show-only and brunch performances on Thursdays through Sundays and Tuesdays, with the November 29 brunch featuring a special visit by Santa Claus. Tickets are $11 for the show-only stagings and $16-21 for the brunch shows, and more information and tickets are available by calling (309)786-7733 extension 2 or visiting Circa21.com.