In a New York Minute, Everything Can Change: “The Guys,” at the Black Box Theatre through September 12 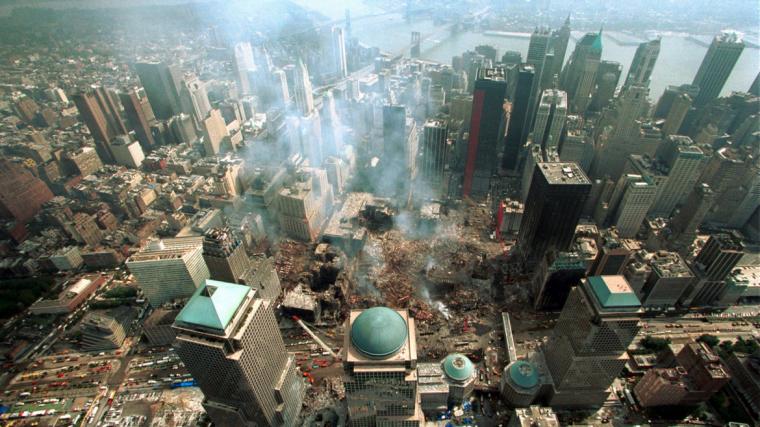 "The Guys" at the Black Box Theatre through September 12

Depending on how old you are, you may or may not remember: On a clear Tuesday morning, September 11, 2001, there was a series of four coordinated terrorist attacks against the United States of America, executed by means of commercial airplanes. The first plane to hit its target was American Airlines Flight 11. It flew into the North Tower of the World Trade Center complex in Lower Manhattan at 8:46 a.m., and 17 minutes later, the World Trade Center's South Tower was hit by United Airlines Flight 175. Both 110-story towers collapsed within an hour and 42 minutes, leading to the breakdown of the other World Trade Center structures.

On Wednesday night, I attended a preview of the Black Box Theatre’s latest presentation The Guys, written by Anne Nelson. Based on a true story, the play follows an editor named Joan (Jennifer Cook Gregory), who receives an unexpected phone call from Nick (Jim Harris), a fire captain who has lost most of his men in the 9/11 attacks. Directed and designed by Lora Adams, The Guys is a poignant and conversational piece that brought forth, to me, many horrific and sad images from that devastating day.

The setting for this piece is an apartment in New York City two weeks after September 11, 2001. Captain Nick is looking for a writer to help him with the eulogies he must produce for his fallen comrades at their memorial services. He is having trouble remembering all the details of the fallen men’s lives – but gradually, he begins to recall each one.

Gregory ultimately did a great job as Joan, the storyteller and writer who relayed events as they unfolded. Although she appeared nervous at first, Gregory seemed to work out those nerves as the show progressed, and by the end of Wednesday's final dress rehearsal, she was more relaxed and able to convey her character’s emotions effectively. Harris, on the other hand, was clearly a natural performer, and was excellent in his line deliveries, pausing and staring off into the distance as he relayed the traumatic experience of Nick losing his fellow firefighters. (Interestingly, Harris himself hails from New York City, and his genuine New York accent was genuinely cool.)

The two actors are seated facing each other at a table for the majority of the scenes and wore clear face shields as their characters discuss the virtues of the fallen men for whom they were creating eulogies. The Guys' set construction by Michael Kopriva was minimal, consisting of a wooden table and chairs with a side end table, and the background was black with a brick pattern and wooden-piece overlay. David Miller's lighting design, meanwhile, was subtle and understated, with a spotlight utilized to highlight each performer.

Throughout the play, we learn more about the men who perished, among them Patrick – a family man with four children who enjoyed attending church picnics. He was a role model to the younger men and taught them the ropes. And we learn how the bereaved placed flowers on the bicycle handlebars of “the new guy” Jimmy, who was just 24-years old when he passed away. Throughout the play, Nick does throw in some humor, too, just to lighten the collective mood.

As we're reminded in The Guys, a third flight, American Airlines Flight 77, flew in from Dulles International Airport and was hijacked over Ohio. At 9:37 a.m., it crashed into the west side of the Pentagon in Arlington County, Virginia, causing a partial collapse of the building's side. The fourth and final flight, United Airlines Flight 93, was flown in the direction of Washington, D.C. This flight was the only plane not to hit its intended target, instead crashing in a field near Shanksville, Pennsylvania at 10:03 a.m. The plane's passengers attempted to regain control of the aircraft away from the hijackers and ultimately diverted the flight from its intended target. Investigators determined that Flight 93's target was either the White House or the U.S. Capitol.

The attacks against New York City and Washington, D.C., caused extensive death and destruction and triggered an enormous U.S. effort to combat terrorism. Some 2,750 people were killed in New York, 184 at the Pentagon, and 40 in Pennsylvania; all 19 terrorists died. And here we are 20 years later, with another historical event in process, namely the COVID-19 pandemic.

When tragedy strikes, none of us know how we are going to react. Tragedies usually catch us off guard and without hope, and while the human spirit strives to make sense of it all, the reality is that it's hard to see the light at the end of the tunnel sometimes. But I believe that light is there. And I thought Adams did an outstanding job with her direction and design of The Guys. It's an honoring tribute to all the fallen men, women, and children – a multitude of innocent lives lost on 9/11 through a moment of pure evil.

The Guys runs at the Black Box Theatre (1623 Fifth Avenue, Moline IL) through September 12, and more information and tickets are available by calling (563)284-2350 and visiting TheBlackBoxTheatre.com.