Oh, There's Nothing Halfway About the Iowa Way to Treat You: "The Bridges of Madison County," at the Circa '21 Dinner Playhouse through July 14 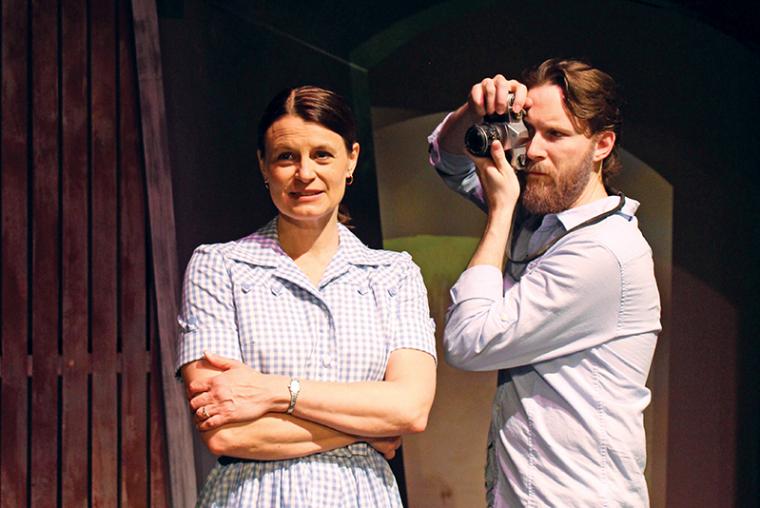 Jenny Winn and Don Denton in The Bridges of Madison County

Fate and destiny: Are they real? Is love at first sight possible? So asks the Circa '21 Dinner Playhouse's The Bridges of Madison County, the romantic story of two strangers who, by chance, run into one another in rural Winterset, Iowa, in 1965. And the May 24 preview performance left me captivated, delivering beautiful ballads, impressive vocals, and stunning scenic design by Eric Luchen complete with a large backdrop screen that projected fantastic images of the Roseman covered bridge, simple farmhouses, and green pastures. There were also breathtaking scenes featuring violet hues and full moons created by lighting designer Jonathan Allender-Zivic that, along with the show itself, really made me appreciate living in the Midwest.

In this musical version of Robert James Waller's bestseller, with its score by Jason Robert Brown and book by Marsha Norman, Francesca Johnson (Jenny Winn) is a married yet lonely Italian immigrant who finds herself building a home and raising a family in the rolling meadows of the heartland. But life isn’t as fulfilling as Francesca would like it to be – not until Robert Kinkaid (Don Denton), a handsome photographer on assignment for National Geographic, pulls into her driveway lost and seeking directions to the historic bridges of Madison County.

Francesca married an American soldier to escape war-torn Naples, Italy, and together, they built a life of raising children and running their farm. But after Francesca’s family leaves for a three-day trip to the State Fair, Francesca welcomes her “new friend” Robert into her home and prepares a vegetable stew for him with fresh produce he picked from the garden. They crack open a couple of beers and then move on to some brandy, and as their inhibitions are lost, they find themselves in each other’s arms, sharing undeniable chemistry that leads to an unforgettable love affair. 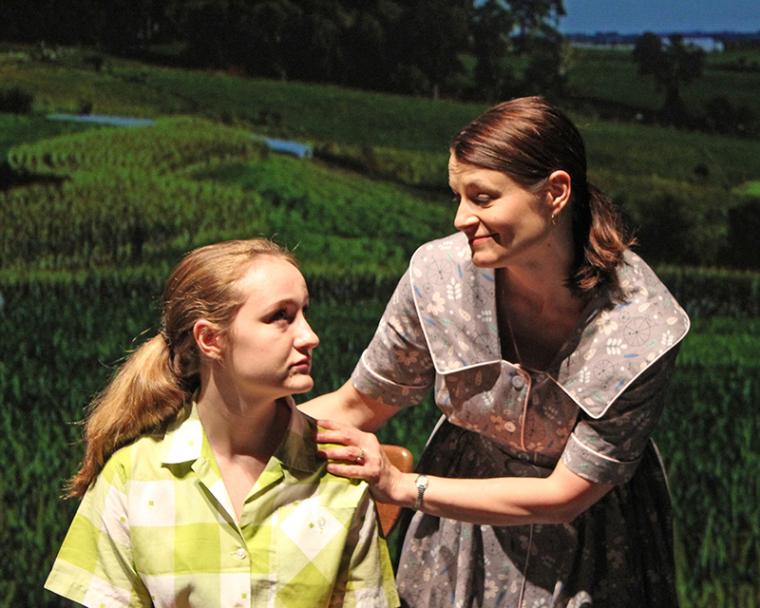 Meanwhile, we're introduced to Marge (Autumn O’Ryan), Francesca’s nosy neighbor who peers through binoculars to get a glimpse of the hippie photographer who has been hanging around the Johnsons' house. Marge seems to live vicariously through Francesca’s experiences with the man, and at one point, in curlers and a nightgown, she sings about falling in love while her husband Charlie (Doug Kutzli) looks on in disbelief at his wife’s strange behavior. (O’Ryan, for her part, was very funny in her rendition of this busybody neighbor.) All the while, Robert and Francesca enjoy the charming covered bridges and the wonderful world they find while looking through a camera lens. Francesca has finally found someone who sees her as more than a cook and maid for the house.

Leading lady Winn is quite a talented songstress, and her leading man Denton held his own against her and was a pleasure to hear and watch; the two of them together soared to great heights vocally and really seemed to connect on-stage, leaving me in awe with ballads such as “Look at Me,” “Wondering,” and “The World Inside a Frame.” Being seasoned actors, Winn and Denton also made you really feel their characters' mutual passion and desire.

Tom Walljasper plays Francesca's husband Bud, a slightly aloof farmer who seems more concerned about his next home-cooked meal then connecting with his wife. He and Charlie have a lot in common throughout the tale, being unassuming men who enjoy the simple things in life, and when the pair performed a playful duet titled “When I’m Gone,” Walljasper and Kutzli crooned their way into my heart. 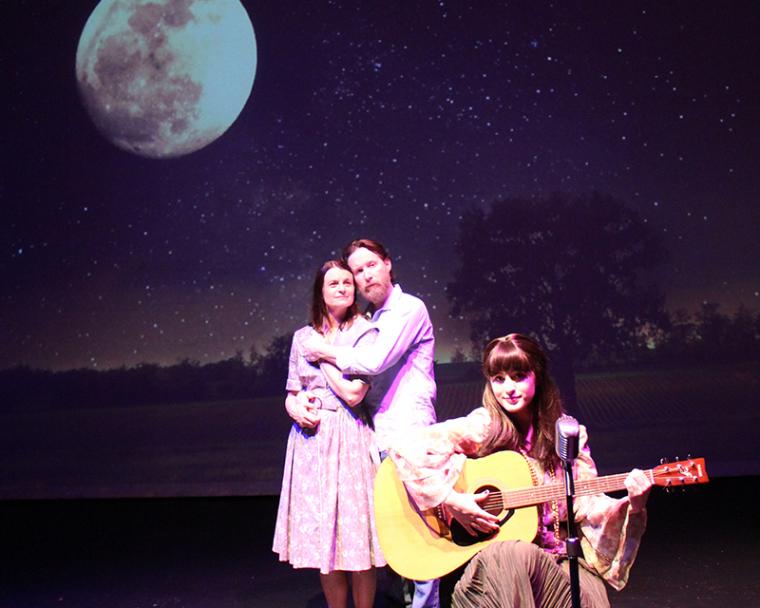 Krianna Walljasper (Tom's real-life daughter) shines in her role as the Johnsons' daughter Carolyn, especially in her big Iowa State Fair scene as she is about to show her prize steer Stevie. The younger Walljasper demonstrates fine acting chops and a powerful voice for such a young lady, and Sam Fahrenkrug, as the Johnsons' son Michael, does a good job portraying a rebellious teenager who irritates his dad at every opportunity.

The lovely Anna Segatti plays three different roles in director Warner Crocker's production. As Robert’s ex-wife Marian, who gives us a glimpse of what life was like being married to the man, she sings a song titled “Another Life,” serenading us with a descriptive ballad of frustration and loss. Segatti is great at conveying the song's meaning while strumming an acoustic guitar, and she's also effective as Francesca's sister Chiara, known for her loose living and seductive looks, and in her role as a colorful, charismatic State Fair singer who belted tunes dressed in old-fashioned cowgirl gear. Meanwhile, Khalil Hacker, a self-proclaimed non-actor, stepped into the roles of Jeff and Paolo, and although primarily an extra, he was a nice addition who also functioned as a stagehand.

An engaging story filled with love, laughter, and tears, Circa '21's The Bridges of Madison County is a reminder of how genuine love can be both life-changing and painful at the same time.

The Bridges of Madison County runs at the Circa '21 Dinner Playhouse (1828 Third Avenue, Rock Island) through July 14, and more information and tickets are available by calling (309)786-7733 extension 2 or visiting Circa21.com.