“An Oak Tree,” November 26 through December 5 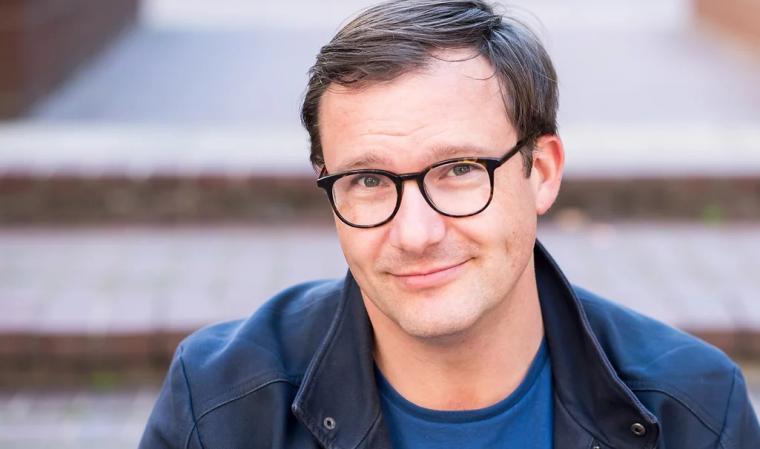 Ben Gougeon in “An Oak Tree" at the Mockingbird on Main -- November 26 through December 5.

Described by Splash magazine as “unsettling and affecting” and by Chicago Theatre Review as “a truly original and unique performance,” playwright Tim Crouch's An Oak Tree makes its Quad Cities debut at Davenport venue the Mockingbird on Main November 26 through December 5, the darkly comic drama famed for one of its two performers, on a nightly basis, having neither seen nor read a word of the play in advance.

A 2005 premiere, An Oak Tree concerns what happens after a man loses his daughter in a car accident. Nothing now is what it seems, and it feels like the father in a play – but he doesn't know the words or the moves. The man who was driving the car is a stage hypnotist, and ever since the accident, he's lost the power of suggestion and his act is a disaster. For the hypnotist, everything now is exactly what it is. But in An Oak Tree, for the first time since the accident, these two characters meet when the father volunteers for the hypnotist's act – and this time, he really doesn't know the words or the moves. A remarkable play for two performers, Crouch's stage piece finds the unnamed father played by a different actor – male or female – at each performance while the actor who plays the hypnotist is completely familiar with the script, resulting in a bold and absurdly comic play about loss, suggestion, and the power of the mind.

And a different, equally unrehearsed, yet very gifted area actor will appear opposite Gougeon in An Oak Tree's six local performances. The current schedule is set to feature: on November 26, Susan Perrin-Sallak (the Richmond Hill Barn Theatre's Outside Mullingar); on November 27, Anthony Hendricks (the Mockingbird on Main's The Mountaintop); on November 28, Kira Rangel (the Circa '21 Dinner Playhouse's Beehive: The '60s Musical); on December 3, Daniel DP Sheridan (artistic director for Davenport Junior Theatre); on December 4, Roger Pavey Jr. (Augustana College's Macbeth); and on December 5, TJ Green (the Mockingbird on Main's “Jacques”alope).

An Oak Tree performances begin at 8 p.m. on Fridays and Saturdays and 2 p.m. on Sundays, with the doors opening a half-hour before showtime, and admission is $15. For more information and tickets, visit TheMockingbirdOnMain.com.