Opera Quad Cities' “The Pirates of Penzance,” June 14 and 16 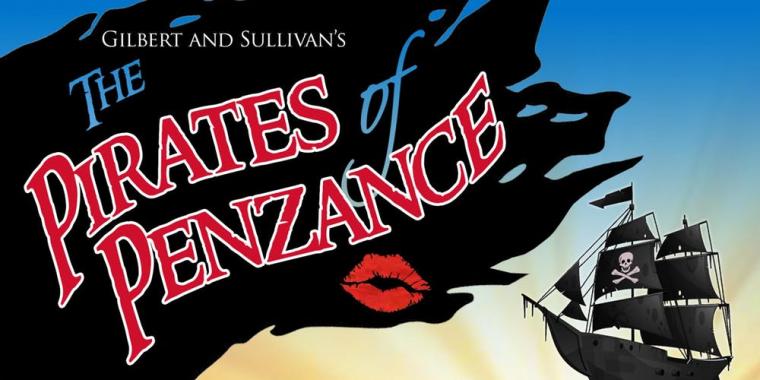 Opera Quad Cities' "The Pirates of Penzance" at St. Ambrose University -- June 14 and 16.

In this much-loved 1879 stage treat by the composers and lyricists of The Mikado and H.M.S. Pinafore, a band of happy pirates celebrates the coming of age of Frederic, who has been with them since he was a lad. But Frederic announces that he is leaving them, as he was only a pirate out of duty, and after he does, the young man promises to dedicate himself to their destruction, as he loathes being a pirate. He’s also hopeful that he will find a woman to marry who is at least as pretty as his matronly nurse Ruth, who tries her best throughout the operetta to persuade him to stick with her as the finest woman he’ll ever meet. Her candidacy is weakened, however, when the daughters of a Modern Major-General wander into the neighborhood on a picnic. And when the Major makes his appearance, hilarity ensues as various pretenses are rehearsed in the quest to determine whether or not the pirates – who are really just poor orphans (or are they?) – are appropriate matrimonial candidates for his daughters.

One of the world's most continually popular and produced operettas, The Pirates of Penzance is being conducted, in its Opera Quad Cities incarnation, by Dr. Nathan Windt, Assistant Professor of Music and Director of Choral Activities for St. Ambrose, with stage direction provided by Dr. Michelle Crouch, Adjunct Assistant Professor of Music at Augustana College. With its principal characters portrayed by local, regional, national, and even international talents, the production will feature Michael Callahan as the Major-General, Mary Jane Claassen as Kate, Shelley Cooper as Edith, Diana Eiler as Ruth, Jeremy Gussin as the Pirate King, Allison Holmes-Bendixen as Mabel, Jon Schrader as Samuel, James Thompson as Frederic, and Scott Tunnicliff as the Sergeant.

Opera Quad Cities' The Pirates of Penzance will be performed at St. Ambrose University at 7:30 p.m. on June 14 and 3 p.m. on June 16, admission is $25, and more information and tickets are available by visiting OperaQC.org.