“Outside Mullingar,” August 5 through 15 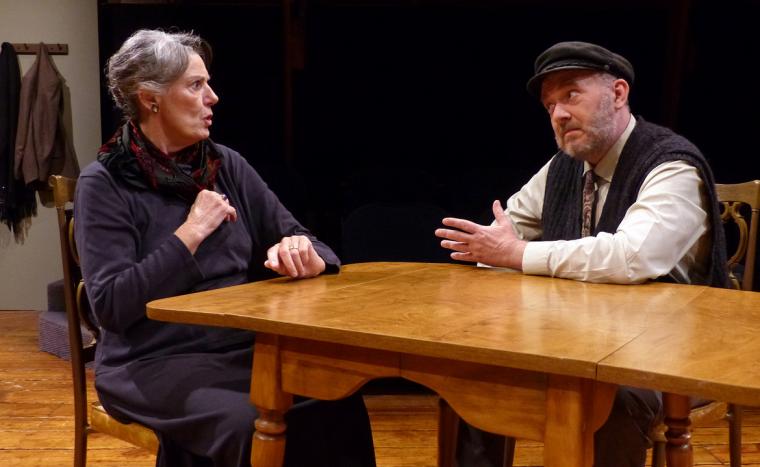 Susan Perrin-Sallak and Kevin Babbitt in "Outside Mullingar" at the Richmond Hill Barn Theatre -- August 5 through 15.

Lauded by the Wall Street Journal as “charming and dramatically persuasive,” and by the New York Daily News as “a valentine to the wonder and weirdness of love,” the 2014 Tony Award nominee for Best Play Outside Mullingar opens the Richmond Hill Barn Theatre's long-awaited 2021 season, the show's August 5 through 15 run – the Geneseo company's first new show since 2019 – sure to demonstrate why the New York Times called it a work of “lyrical writing” and “consistent pleasure.”

Written by John Patrick Shanley, who won a screenwriting Oscar for 1987's Moonstruck and a Tony Award and Pulitzer Prize for 2005's Doubt, Outside Mullingar is a romantic comedy about Anthony Reilly and Rosemary Muldoon, two introverted misfits entering middle age. Anthony has spent his entire life on his family’s cattle farm in rural Ireland, a state of affairs that, due to his painful shyness, suits him well. Rosemary lives right next door, determined to have him, but watching the years slip away. With Anthony's father threatening to disinherit him and a land feud simmering between their two families, Rosemary has every reason to fear romantic catastrophe. But in this very Irish tale told with an unexpected depth of poetic passion, these yearning, eccentric souls fight their way toward solid ground and some kind of happiness in a story that is funny, magical, and ultimately, deeply moving. 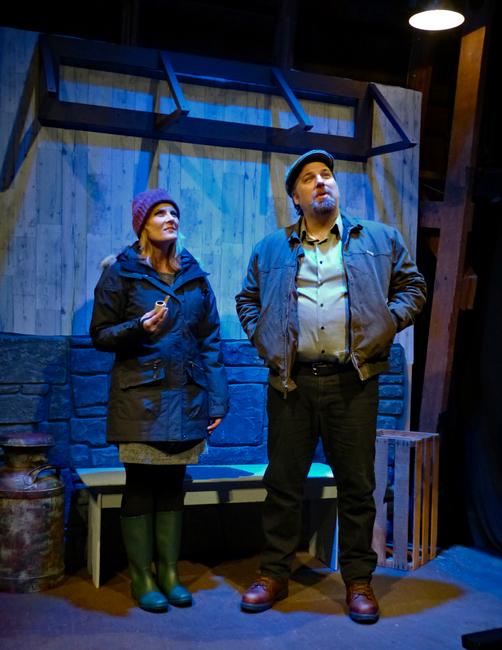 Directing Outside Mullingar is longtime Richmond Hill favorite Jennifer Kingry, whose many previous productions for the venue have included The 39 Steps, Marvin's Room, Vanya & Sonia & Masha & Spike, and Around the World in 80 Days. Fellow Richmond Hill veteran Jessica White – who also starred in such Richmond Hill presentations as Almost, Maine, Rabbit Hole, and Proof – portrays Rosemary, while Adam Michael Lewis, whose local credits include the Prenzie Players' The Comedy of Errors and the QC Theatre Workshop's "Art,” makes his Geneseo debut in the role of Anthony. Kevin Babbitt, a Scott Community College theatre instructor who has enjoyed roles in the Playcrafters Barn Theatre's On Golden Pond and Richmond Hill's The 39 Steps, plays Anthony's father Tony. Another familiar Richmond Hill talent, Susan Perrin-Sallak, has appeared in such recent area presentations as the Black Box Theatre's Love, Loss, & What I Wore, Playcrafters' Steel Magnolias, and Genesius Guild's The Bacchae. And Kingry's creative team for Outside Mullingar includes stage manager Eugenia Geibel, set builders Mike and Jim Skiles, and crew members Jim Strauss and Stacey and Wesley Herrick.

Outside Mullingar runs as the Richmond Hill Barn Theatre August 5 through 15, with performances Thursdays through Saturdays at 7:30 p.m. and Sundays at 3 p.m. Admission to all performances is $12, late seating is not permitted, and more information and tickets are available by calling (309)944-2244 and visiting RHPlayers.com.