The Prenzie Players' “Macbeth,” January 18 through 26 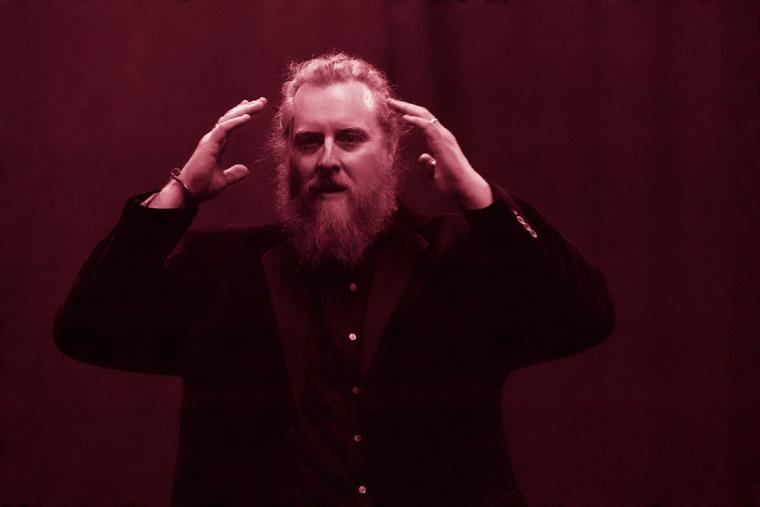 Aaron Sullivan in Prenzie Players' "Macbeth" at the QC Theatre Workshop -- January 18 through 26.

As verse-theatre troupe the Prenzie Players continues with its plan to produce all of William Shakespeare's plays by 2023, one of the Bard's most famous tragedies enjoys a new staging at Davenport's QC Theatre Workshop January 18 through 26, with the legendary revenge thriller Macbeth presented by the Prenzies for the first time since the group tackled the masterwork in 2005.

Thought to have been first performed in 1606, Macbeth dramatises the damaging physical and psychological effects of political ambition on those who seek power for its own sake. Of all the plays that Shakespeare wrote during the reign of King James I, who was patron of Shakespeare's acting company, the tragedy most clearly reflects the playwright's relationship with his sovereign. First published in the Folio of 1623, Macbeth is Shakespeare's shortest tragedy, telling of a brave Scottish general who receives a prophecy from a trio of witches that one day he will become King of Scotland. Consumed by ambition and spurred to action by his wife, Macbeth murders King Duncan and takes the Scottish throne for himself, yet is consequently wracked with guilt and paranoia. Forced to commit more and more murders to protect himself from enmity and suspicion, he soon becomes a tyrannical ruler, and the bloodbath and consequent civil war swiftly take Macbeth and Lady Macbeth into the realms of madness.

Macbeth runs at the QC Theatre Workshop January 18 through 26 with performances at 8 p.m. on Fridays, Saturdays, and Thursday, and at 3 p.m. on Sunday. Admission is “Pay What It's Worth” ticket pricing, and more information and reservations are available by calling (563)484-4210 or visiting PrenziePlayers.com.