To Project and Serve: “The Best of the Bootleggers,” at the Circa '21 Dinner Playhouse through August 29 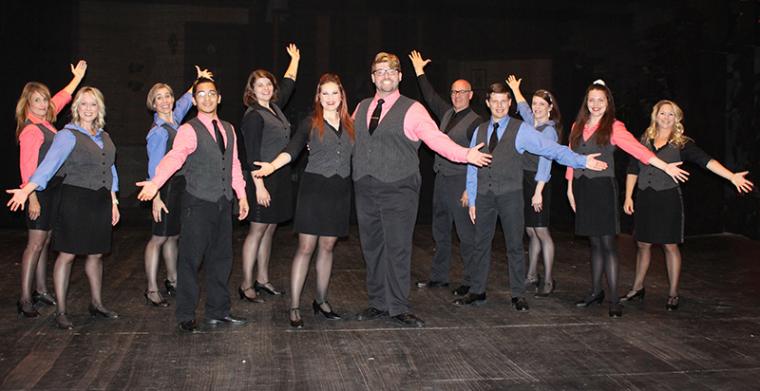 The Circa '21 Dinner Playhouse Bootleggers have a cult following of enthusiastic fans that are very passionate about, and dedicated to, these talented performers who also double as the theatre's efficient wait staff, and Thursday's opening-night presentation of the group's mainstage show The Best of the Bootleggers certainly did not disappoint. There was a lot of clapping and singing along as 12 of the most talented Booties I've ever seen delivered a variety of musical numbers that left our audience longing for more.

Conceived and written by Brad Hauskins with musical arrangement by Laura Hammes, this production made me laugh, made me cry, and had me singing along, too. Hauskins, Sunshine Ramsey, and Andrea Moore did a fantastic job directing and choreographing this wonderful night in which patrons were treated to some of the best pre-show material in the Bootleggers' 43-season history, including hits from Menopause: The Musical, Ring of Fire, Joseph & the Amazing Technicolor Dreamcoat, and Sister Act.

Decked out in their traditional uniforms – colorful blouses, vests, and skirts for the women and vests and ties for the men – the cast also employed creative pieces such as aprons, scarves, hats, wigs, and bell-bottom pants by costumer Heather Hauskins that made the show very entertaining. This group of Bootleggers really gels together, and brought to the table their unique gifts and personalities. 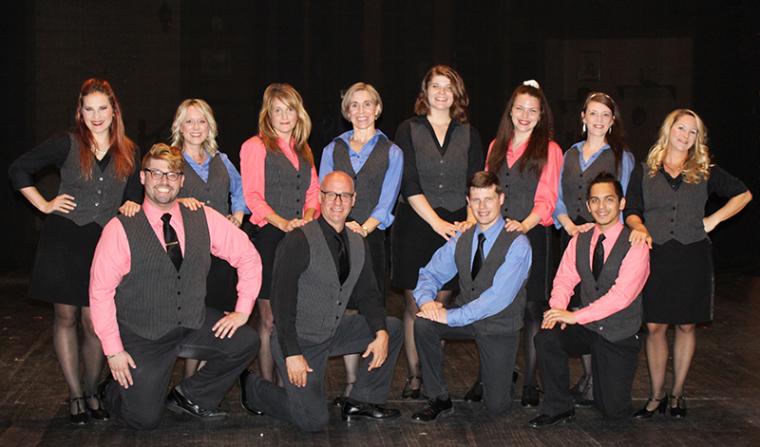 Micah Bernas is, I believe, a fairly new addition to the staff, and what a fantastic performer he is, with his soulful vocals, acoustic-guitar talent, and dance moves tearing up the stage. Derrick Bertram was my table's performing waiter on August 1, and he exudes enthusiasm in a very animated way both on and off stage. I especially got a kick out of his rendition of the Commodores’ "Brick House" because he shook his body with incredible energy, and it was so funny to watch his facial expressions.

Leading several songs was the ever-so-dynamic Jennifer Diab. This lady reminds me of a nightclub singer with her raspy voice and natural dance skills; what a performer – what a delight! – she was belting out song after song like the seasoned professional she is. A particular favorite number of mine was the duet by Moore and Hauskins as they sang "The Song That Goes Like This" from the Broadway musical Spamalot. Moore sported a long wig and sang in her best operetta voice, while Hauskins, as usual, was hilarious, delivering charming stage presence and spot-on comedic timing.

One of my favorite tunes from the Broadway musical Rent, “Seasons of Love,” was also featured on Thursday and was outstanding, with Bernas, Sydney Dexter, Nicholas Munson, Kirsten Sindelar, and Kelsi Ford harmonizing like angels. Meanwhile, a real crowd favorite was the theme to the '70s sitcom All in the Family. (You might remember it: It's called “Those Were the Days.”) Sara Nicks-Daggett’s soprano voice was perfect for the song – she did Edith Bunker proud – and not to be outdone, Hauskins was an equally great Archie. 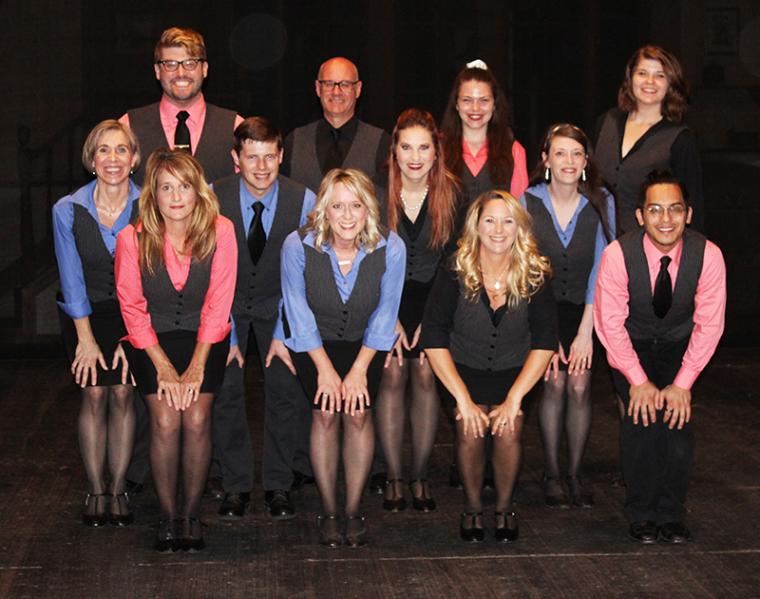 I mentioned that the show made me cry, and that was because there was a lovely tribute to former Bootlegger and my dear friend Tom Lawrence, who recently passed away, with classic songs from the Beatles including “Blackbird” and “Let It Be.” Hauskins told some sweet stories about Tom and the tears began to flow; I really appreciated the sincerity that was put into this portion of the night.

The Bootleggers sang and danced their hardworking hearts out in front of the current set for the theatre's Shear Madness, which worked great as background with its bright pastel colors and huge flower chandelier. The entire production, in truth, was a work of art that took patrons on a walk down Memory Lane – and for me, The Best of the Bootleggers brought back a multitude of wonderful recollections. As a former Bootie myself, I know what goes into both waiting tables and preparing for a pre-show. But in this case, an entire mainstage creation was delivered, and I must say it was exceptionally well done.

Considering this was my first time seeing a full-length Bootlegger show, I wasn’t sure what to expect, but after experiencing this one, I would definitely go again. The entire cast received a well-deserved, resounding standing ovation, and from where I was sitting, it appeared that everyone thoroughly enjoyed the evening. Bravo, my Bootlegger friends! Bravo!

The Best of the Bootleggers runs at the Circa '21 Dinner Playhouse (1828 Third Avenue, Rock Island) every Thursday evening through August 29, and more information and tickets are available by calling (309)786-7733 extension 2 or visiting Circa21.com.