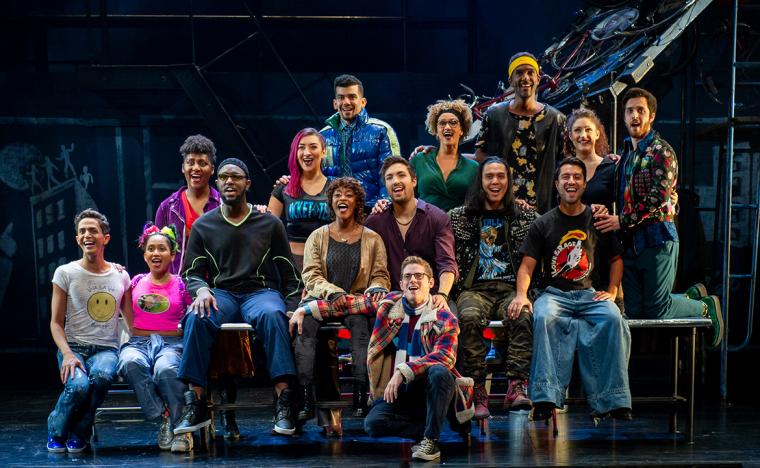 It may be fall, but it will also be several “Seasons of Love” at the Adler Theatre on October 3 when the Davenport venue hosts a 25th-anniversary touring stop – and one of the official “farewell performances” – for Rent, creator Jonathan Larson's iconic and beloved rock opera that earned four Tony Awards, the Pulitzer Prize, and the hearts of countless millions of stage fans the world over.

Based on Puccini’s beloved opera La Bohème, Rent follows the ups and downs of a year in the life of a group of impoverished, artistic friends living in Manhattan’s East Village. Mark, an aspiring filmmaker, struggles to find his place in the world. His roommate Roger, an HIV-positive musician, wonders how he will leave his mark before he dies. Mimi and Angel look for true love as they face the harsh realities of life as HIV-positive young people, while the businesslike Joanne seeks fidelity from her wild-child performance-artist girlfriend Maureen. The group’s dreams, losses, and love stories weave through Rent's narration to paint a stunningly raw and emotional portrait of the gritty bohemian world of New York City in the late 1980s under the shadow of HIV/AIDS, resulting in a musical the New York Times described as an "exhilarating, landmark rock opera" with a "glittering, inventive score."

With its music, lyrics, and book by Larson, Rent was first seen in 1993 in a workshop production at New York Theatre Workshop, the same off-Broadway theatre that became the musical's initial home following its official 1996 opening. Tragically, Larson, died suddenly of an aortic dissection – believed to have been caused by undiagnosed Marfan syndrome – the night before the off-Broadway premiere, meaning its creator never saw either his show's official debut or its subsequent move to Broadway's larger Nederlander Theatre, where it began playing on April 29, 1996. As a Broadway production, Rent garnered critical acclaim and netted 10 Tony nominations, eventually winning for Best Musical, Book, Original Score, and Featured Actor Wilson Jermaine Heredia. Larson's achievement was also one of the few musicals in history to win the Pulitzer Prize for Drama, and when the the original Broadway production closed on September 7, 2008 after 12 years, it had amassed 5,123 performances, making it, at present, the eleventh-longest Broadway presentation of all time. That first Rent run grossed over $280 million, and the success of the show led to several national tours, numerous foreign productions, and, in 2005, its adaptation into a motion picture featuring nearly all of the original cast members.