Roles in the Hay: “The Church Basement Ladies in You Smell Barn,” at the Circa '21 Dinner Playhouse through May 15 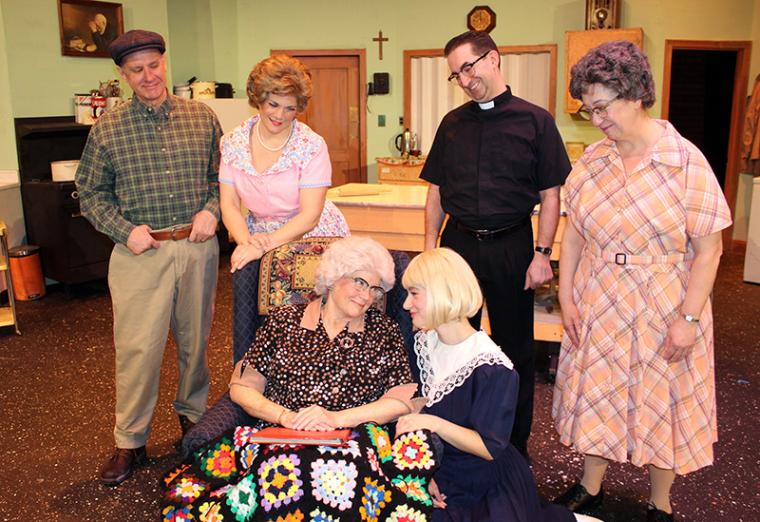 Area theatre is back, and a beloved series is serving up some good ol’ Midwestern wholesomeness in The Church Basement Ladies in You Smell Barn at the Circa ’21 Dinner Playhouse. This musical comedy was simply the perfect way for the venue to reopen in the wake of last year’s COVID-19 restrictions, and my husband and I had the privilege of attending Friday’s opening-night performance. It was fabulous.

Directed by Curt Wollan and inspired by the book Growing up Lutheran by Janet Letnes Martin and Suzann Nelson (the latter of whom passed away on March 14), You Smell Barn demonstrates ordinary people revealing a wealth of life by doing extraordinary things – namely, serving others. With the show set in the rural heartland of the 1950s, its sturdy ladies get down to the business of doing chores with hilarious and innovative antics that make your heart smile.

The evening began with a visit from (fully masked) producer Dennis Hitchcock, who greeted patrons at their tables on this special night. As the theatre’s bulletin expressed so eloquently, “Entertaining you means the world to us,” and Hitchcock expressed gratitude to all of those who made donations as the playhouse fights to recover from a difficult year.

The Circa '21 Bootleggers put on a condensed pre-show with their usual flair, only with fewer members of the performing wait staff than usual. Speaking of which, each table had two servers, who were also fully masked: one who took drink orders, and one who served the food. Patrons also continue to wear masks when entering and moving about the theatre, and with all that being said, the production's actors were outstanding, with a very well-rounded cast of seasoned vets bringing their ‘A’ games on Friday. 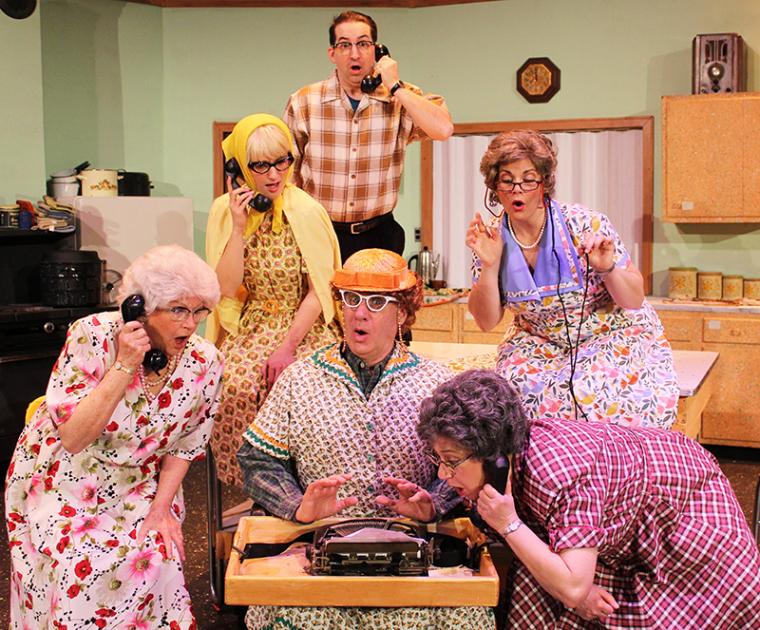 Brad Hauskins shined as he played three different roles: Fergus, an Irish-Catholic hired hand; Tillie, an eccentric female writer; and Porky, a character I was not clearly able to identify. I did, however, particularly enjoy Hauskins as Tillie, the local columnist who tapped away on her typewriter singing about “Tillie’s tidbits” while rolling around in a chair looking like a version of Tootsie. Kudos to costume designer Gregory Hiatt for decking out the actor with a curly red wig, bright orange hat, and white cat eyeglasses.

Shelley Walljasper was fantastic as Mavis, the hardworking, tough-talking soul who appeared to be the glue holding everyone together. Walljasper, with her impeccable acting chops, is a force of nature in the local acting scene and never disappoints. Proving equally talented was Jennifer Poarch as Karin, the ever-so-humble mother and housewife who has the wisdom to know she is right where she belongs. Poarch has a particularly poignant moment in Act II as she sings “If I Knew Then What I Know Now.”

Autumn O’Ryan was a hoot as Vivian, the proud and sometimes stubbornly overdramatic Lutheran widow who owned the Snustad barn in which the community celebrations often took place. Among her multiple roles, Erica Lee Bigelow portrayed Karin’s daughter Beverly, as well as Evelyn, the very-pregnant member of the Barn Cats musical group. Bigelow had a big voice that was quite beautiful and memorable.

And finally, Thomas J. Besler did an outstanding job juggling five different characters himself. Besler was amazing in his ability to completely transform his persona from the sweet and sensitive Pastor Gunderson, to the erratic mailman Earl, to the honest and hardworking farmer Russel, to Vivian’s former husband Lars, to Butch, the boisterous cowboy singer and member of the Barn Cats. 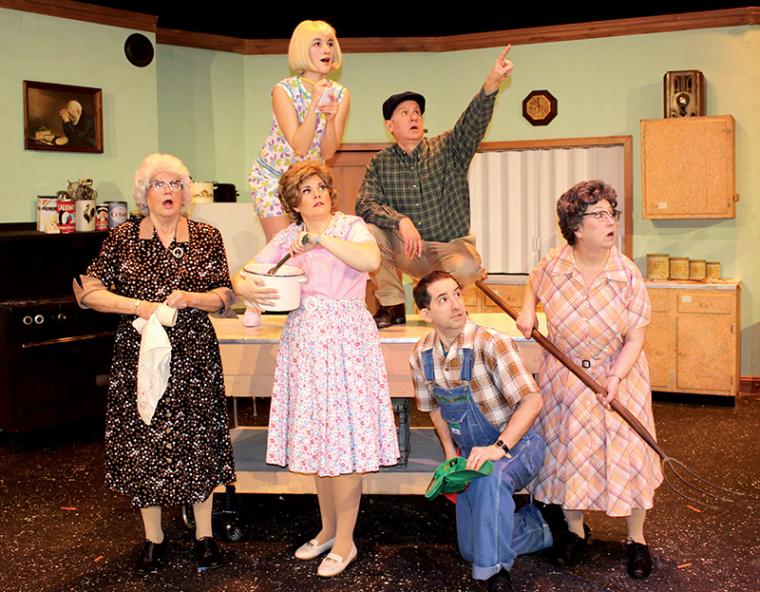 I loved the choreography by Shelley Cooper, especially in the scene where Butch leads the “You Smell Barn Square Dance.” Cooper’s creativity was off-the-charts funny, with unusual dance moves that really cracked me up. And Ron May’s musical direction was topnotch, with the entire cast mastering the music and comedy in ways that highlighted each individual's strengths.

As far as the scenic design by Scott Herbst, Susan Holgersson, and Emma Haydorn is concerned, it was pleasant and understated, with a blue pastel wall that highlighted terrific 1950s pieces such as a vintage radio, microphone, and delightful old-fashioned stove and kitchenette. (At one point, Karin pulled out a portable clothesline and strung it halfway across the stage with ease, which I found to be quite clever.) The sound effects by Joao (Zee) Stacy-Vieira were first-rate, and included authentic thunder and lightning as well as tornado sirens and the clicking of Tillie’s typewriter as she frantically types up her latest column. And complementing the sound design was the lighting and technical mastery of Mike Turczynski, which added just the right amounts of shadow and light to delineate sunrise and sunset throughout the evening.

There was never a dull moment throughout the entire show, with The Church Basement Ladies in You Smell Barn delivering good, clean fun that everyone in the family can enjoy. It was very nice to be back at Circa '21, and judging by the way the cast members performed with such passion and joy, I would venture to say that everyone was super-stoked to be back on a stage.

The Church Basement Ladies in You Smell Barn runs at the Circa '21 Dinner Playhouse (1828 Third Avenue, Rock Island) through May 15, and more information and tickets are available by calling (309)786-7733 extension 2 or visiting Circa21.com.