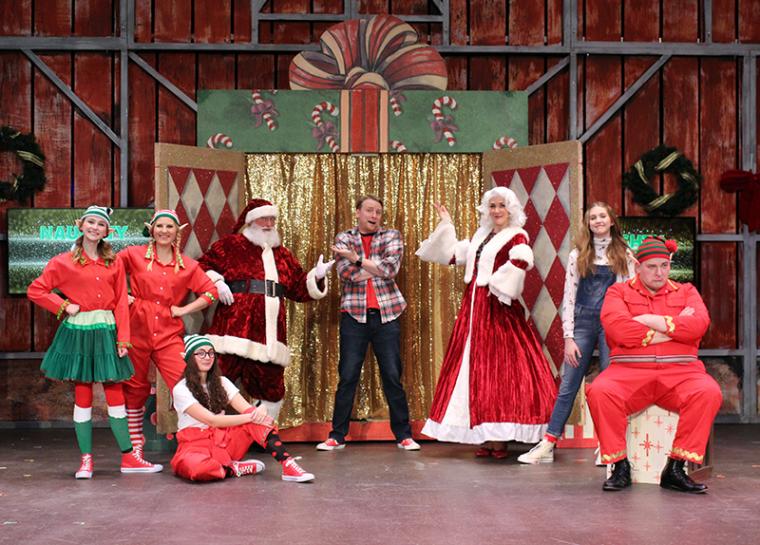 Santa Claus will soon be coming to town, but in the meantime, he's coming to Rock Island's Circa '21 Dinner Playhouse in the theatre's November 25 through December 18 run of the family adventure Santa Claus: The Musical, a delightful, hour-long entertainment that Theatre Jones described as "a toe-tapping, joyous musical extravaganza."

After 1,000 years of faithful service, Santa Claus has decided to retire. But not all the elves in Kris Kringle's workshop are thrilled about his chosen replacement. With the help of his tech-savvy daughter Beatrice, Web-site designer Nicholas is in for the adventure of his life as he prepares to take over the reins to Santa’s sleigh before the next Christmas lands. Jingle jam-packed with a sleigh full of laughs, energetic and original Christmas music, and gloriously colorful costumes, Santa Claus: The Musical is designed to put family audiences in the holiday spirit, and was described by Arts Wave as "a jolly good time with a lesson to boot(!) that should absolutely be part of your holiday traditions."

Santa Claus: The Musical runs at the Circa '21 Dinner Playhouse November 25 through December 18, with scheduled show-only performances at 10 a.m. and I p.m. on Tuesdays, Thursdays, and Saturdays, and noon brunch performances on Sundays and the opening day of November 25. Admission is $8.50-22.05, and more information and tickets are available by calling (309)786-7733 extension 2 and visiting Circa21.com.