Genesius Guild's “Shakespeare's Life in His Works,” July 3 through 11 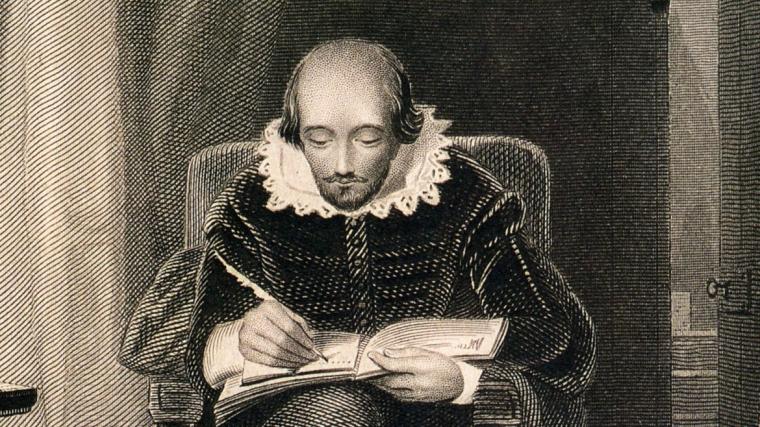 Genesius Guild's “Shakespeare's Life in His Works" at Lincoln Park -- July 3 through 11.

Promising nights of classical-theatre education blended with beautifully phrased entertainment, Genesius Guild presents its second show of the 2021 season in the July 3 through 11 run of Shakespeare's Life in His Works, a debuting exploration into the Bard's works boasting clips from classical favorites and narration written by 92-year-old Guild founder Don Wooten.

“It's been really special,” says the play's director Isabel Dawson, who also serves as the season's assistant executive director under Doug Tschopp. “We get to do a deep dive into the plays through their language. And we have Don (O'Shea) playing Don (Wooten). He's fabulous.”

Describing Shakespeare's Life in His Works, Dawson says, “It was originally written as a readers'-theatre piece, but we've taken it out of that context,” instead crafting a memorized play with narrator John Donald O'Shea performing alongside actors including Guild veterans Dee Canfield and Tyler Henning and high-school performers Kate Almquist and Leah Connor.

“We use lots of clips from different shows and are bringing out some of my favorites. We have Hamlet and Othello, and Midsummer (Night's Dream), and Measure for Measure … which is funny, because we're actually doing that one right now. [Guild's current production of Measure for Measure runs through June 27.] And the actors have been commenting that we're actually doing bits from a lot of commonly cut scenes. Like, 'I've seen that play three times and that part always gets cut out!' So that's really special.

“What I love about the show,” Dawson continues, “is that we're really focusing on the language. It's not like we're going to give you the full context of this Hamlet monologue necessarily, but it will be a deep dive into focusing on what the words are really saying. And the show is written by Don, of course, so it's really going back to the very heart of Genesius Guild,” which Wooten introduced to the public in 1957. “The thing I love about Genesius Guild is that everyone in it is so passionate. Everyone's there for a reason, and they know that reason, and that's why people come back every summer.”

That reason is likely expressed in Wooten's words from a 2009 Reader interview: “The thing about plays is that Hamlet could live right next door and you would know nothing about him. But if you see him on a stage, you not only know about him, you care about him, you identify with him, and he helps you realize things about yourself. Putting him up on a stage, with other people watching in a communal setting, does something important – something important to you as an individual, and as a member of society. And that's why, as remarkable as television and the movies are, it's never gonna be the same as live theatre.”

A stage manager for the Mississippi Bend Players' 2018 season, the St. Croix Festival Theatre's 2019 season, and QC Theatre Workshop productions including Topdog/Underdog and The Goat, or Who Is Sylvia?, Dawson makes her area-theatre directing debut with Shakespeare's Life in His Works, saying, “It's been so great, because I'm very much a collaborative director, so I love getting to have all this input from those who really know how Genesius Guild got started. I'm also learning new things about how things can be done today. And because it's such a small cast, it can get really close-knit, which lets us really dive deep into the material.

“And I get to do the pre-show before every performance!” Dawson adds. “I'm the first woman at Genesius to ever do the pre-show. It's been Don and Doug and me. Really, it's just been an amazing experience.”

Genesius Guild's Shakespeare's Life in His Works runs at Lincoln Park July 3 through 11, with performances Saturdays and Sundays at 7 p.m., and although admission is free, donations are greatly appreciated. For more information, visit Genesius.org.