“Sister Mary Ignatius Explains It All for You and Other Short Plays,” April 12 through 20 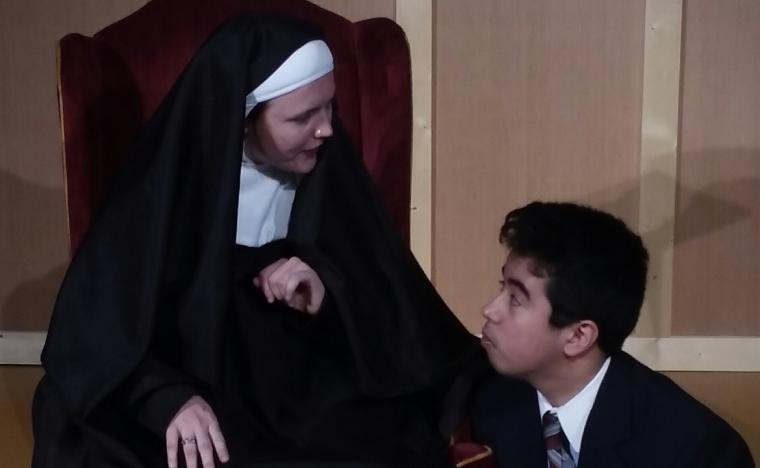 Aria Jensen and Joseph Nguyen in Sister Mary Ignatius Explains It All for You at Scott Community College -- April 12 through 20.

A half-dozen wickedly funny and proudly confrontational comedies by one of America's most revered playwrights will enjoy Scott Community College stagings from April 12 through 20, with Sister Mary Ignatius Explains It All for You & Other Short Plays showcasing the sardonic wit and sharp intelligence of author Christopher Durang, a Tony Award winner for his 2012 smash Vanya & Sonia & Masha & Spike.

In Sister Mary Ignatius, a teaching nun who is much concerned with sin – in all of its various forms – delivers a cautionary lecture to her charges. But when several of her former students turn up, the picture darkens, along with Sister Mary's indignation. Their stories are disturbing, but also very funny, and it quickly becomes apparent that what they all have in common is their loathing for Sister Mary and the unyielding dogma which she forced on them in their formative years. Durang won off-Broadway's esteemed Obie Award for his biting one-act comedy, a work The New Yorker called a “saucy exercise in theological farce.” 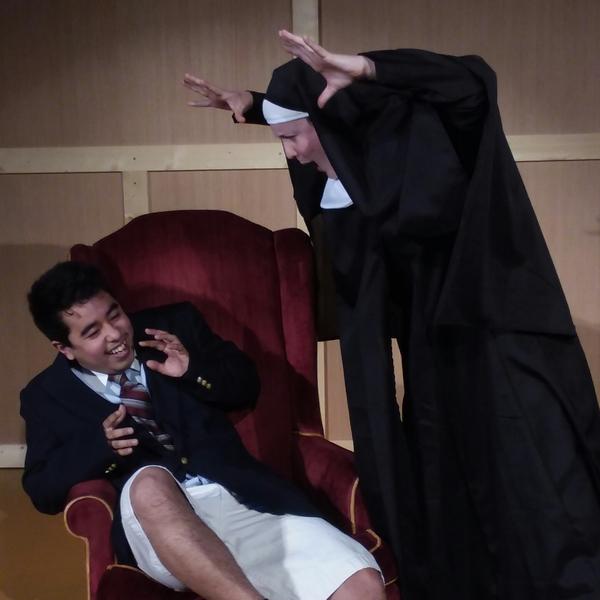 The Other Short Plays of SCC's production title are composed of a quintet of additionally hilarious and confrontational Durang vignettes: Cardinal O'Connor, in which the title character comes to explain why birth control is always wrong; The Book of Leviticus Show, featuring a religion-based, public-access TV show broadcast from a second-rate motel; Entertaining Mr. Helms, about a rigidly conservative “all-American” family; Funeral Parlor, which finds a widow accosted at her husband's funeral by a most inappropriate guest; and An Altar Boy Talks to God, an imagined conversation between a formerly devout Catholic and a Supreme Being who may, in fact, be an impostor.

Scott Community College's production of Sister Mary Ignatius Explains It All for You & Other Short Plays will run April 12 through 20, with performances Thursdays through Saturday at 7:30 p.m. and Sunday at 2:30 p.m. Admission is $8, and more information and tickets are available by calling (563)441-4339.