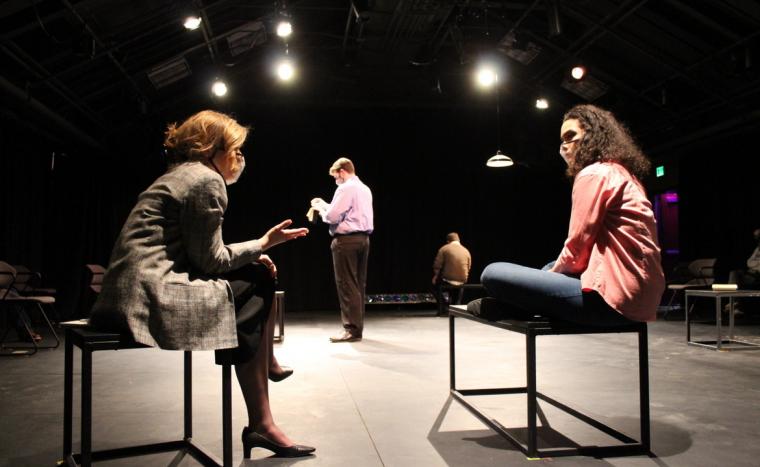 With its playwright Andrew Bovell described by The Guardian as “a wizard from Oz who writes fiendishly intricate plays” with “trademark ingenuity,” the thrilling drama Speaking in Tongues is the latest student-produced offering at Augustana College, its virtual performance on February 19 sure to demonstrate why Stage-Door.com called the work “the perfect play for people who like intellectual puzzles,” as well as “a play you will find yourself thinking about for days afterward.”

In Speaking with Tongues, nine lives weave together in ways known and unknown. Leon is married to Sonja, Jane is married to Pete. By chance, each spouse meets the other’s one night and wind up in motel rooms. Pete and Sonja resist the one-night stand; Leon and Jane do not. A lonely man, Neil pines for the love of his life, Sarah, who moved on decades ago. Another woman, Valerie, goes missing, with one of her stilettos last seen in Nick’s car. Blending these disparate yet connected takes, Bovell tackles love, marriage, infidelity and betrayal in a tense, electrifying play about the relationships between lovers, strangers, and the infinite ways people may wound one another – what the National Post deemed a “haunting and exciting” work that “ends up cutting harrowingly deep.” 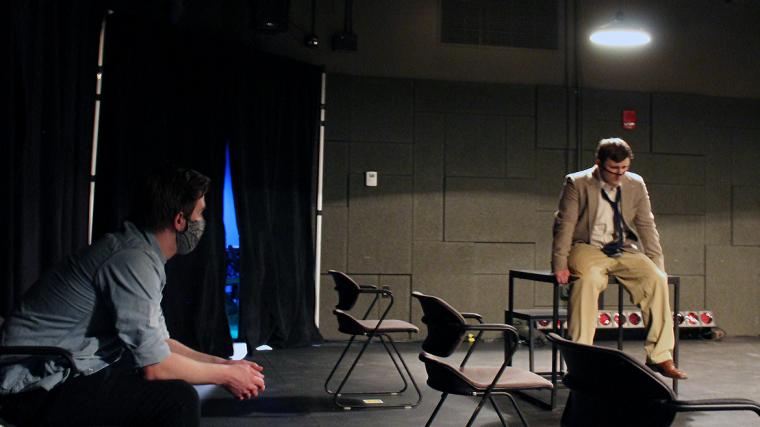 Serving as Speaking in Tongues' director is James Wheeler, an Augustana senior whose on-stage performances for the college include roles in Boy, The Three Musketeers, and The Crucible, and who will soon take on the demanding leading role in The Curious Incident of the Dog in the Night-time. Wheeler's cast, all of whom portray more than one character, is composed of Keenan Ellis (Pete/Neil/John), Bradley Heinrichs (Leon/Nick), Ariela Policastro (Sonja/Sarah), and Sarah Walton (Jane/Valerie), and included among the show's production staff are stage manager Kasia Olechno, assistant stage manager Miles Potje, costume designer Megan Hoppe, sound designer Sam Ramont, lighting designers Noah Hill and Riley Scranton, props master Emily Keiner, composer Kaitlin Jaco