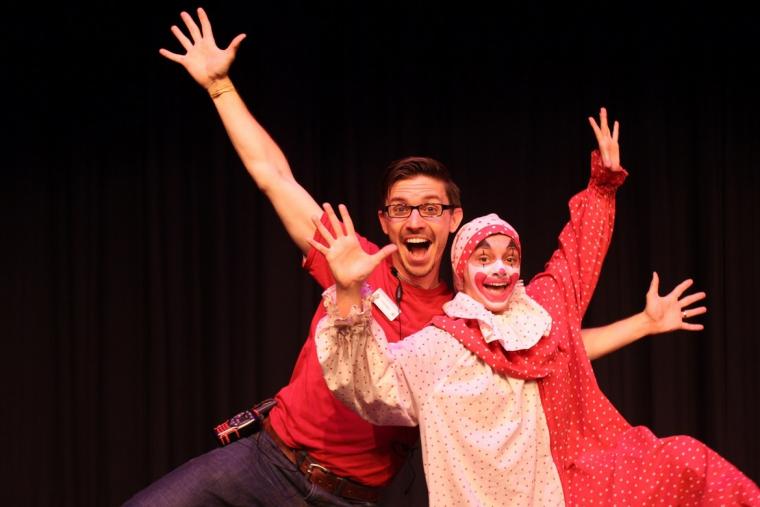 We've had a YouTube channel for a little while, but we haven't really been using it much. We've been using it more as a vessel to get rehearsal dance videos to students or maybe to our mainstage kids. And as we were looking to be out of touch with our students for some time, we just started brainstorming: “How can we stay connected?” The YouTube channel was the way to go.

A lot of our teachers were on board with setting up small, short learning videos for things that kids can do at home – teaching them games and exercises that they can do with one another once they learn them. As a dad with two kids at home, having been quarantined for over three weeks, to have something to do together is great. (Laughs.) And with familiar faces, too, and people that we know and value.

We've got stuff on the YouTube channel going all the way back to 2008, actually, and the videos are broken up by playlists. So if you want to do some theatre lessons, or you want to do dance lessons, or you want to watch some performances, it's a way to kind of help parents navigate their way through these 40-plus videos we have now. And when we were brainstorming about the channel, we knew that a lot of the material there might not be applicable to preschoolers, so we also created a playlist geared toward early learners two to five. So hopefully whatever video parents open up, their little one will be engaged. The videos, even the videos for the preschoolers, are really geared toward the parents, because once the video is turned off, there's no reason they can't teach these games and activities and take them even further on their own. 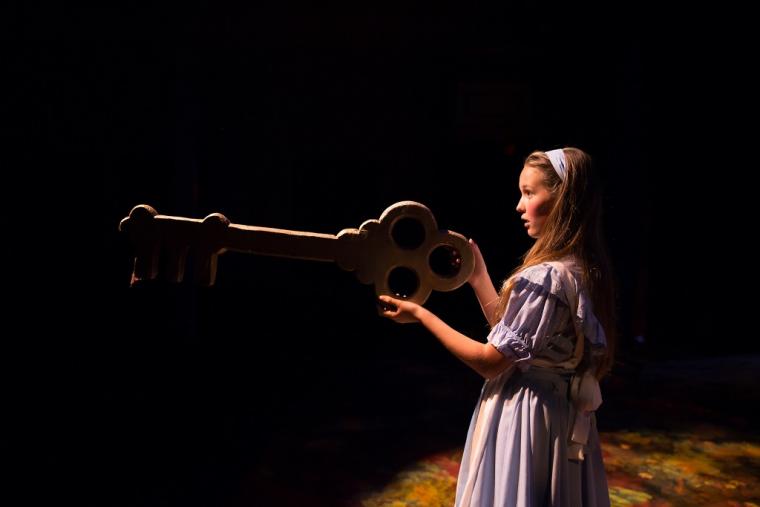 Tomorrow [April 15], we're gonna release a “Learn a Dance with Miss Meg” video – she's gonna teach a hip-hop dance in, like, a 15-minute video so kids can learn a new dance at home. And something that we're gonna start this Friday is “Weekend Family Features” where we re-release old DJT productions, starting with our production of Rumpelstiltskin that [Davenport playwright] Aaron Randolph wrote. That's really an unforeseen benefit of working with local authors and making those kinds of local connections, because all we had to do was secure permission from Aaron. Rumpelstiltskin was professionally filmed with GoPros and extra video and sound equipment, and then we're gonna release Snow White the next weekend. So people can expect to see some of these shows that we've captured on video over the years. They'll give kids and their parents something to watch over the weekend that's free.

We're also planning some “DJT Behind the Scenes” tours in the coming weeks where we go, like, up into the catwalk of the theatre and talk about “What is a catwalk?” And we'll maybe go through the props house and talk about what a “property” is. All that stuff. So I would imagine at least three to five new videos a week will be circulating. Right now, we're not running any classes, so our instructors are completely volunteering their time to create these videos for kids because they love teaching and they want to share. We're blessed to have such amazing teachers on the staff.

And me and my Junior Theatre friends from the '90s, for like three weeks now, have had a standing Zoom night [online] where we've been getting together and hanging out more than we have the last 20 years. We used to do the DJT Show Wagon and go on tours performing together, and we've all been rummaging through our favorite Show Wagon scripts. So we're thinking of doing a Zoom show where we do one of our old Show Wagon plays and then release it. You know, it would just be something totally goofy and off-the-wall (laughs), but it would be a blast to do a little reunion show with them. 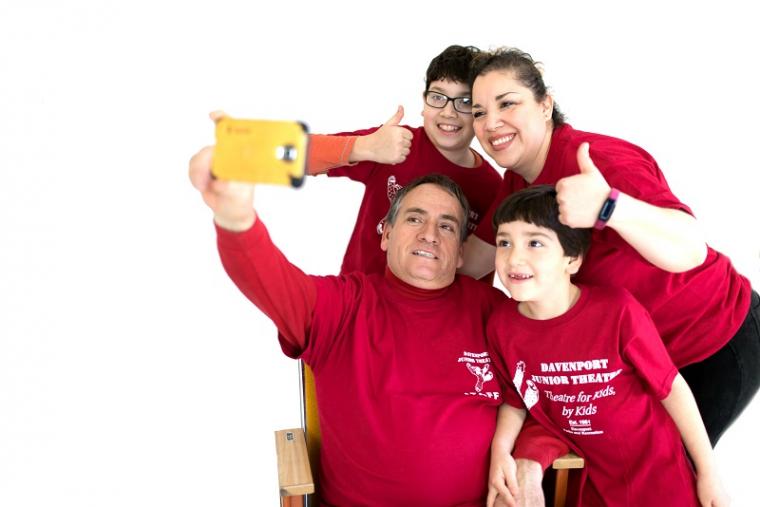 What we're gonna do this summer is still being discussed. When all this started, we had to cancel programs in the middle of a theatre-camp week, and in the middle of our winter session of classes, so one of our primary focuses has been, you know, dealing with those 600-plus enrollments and communicating with families about refunds. But something I've just been stunned with is that we were doing partial refunds for the remainder of the sessions, and we had 50 families just give the remainder back to us. That's thousands of dollars of revenue that we were able to continue to have towards the program. So we're really grateful for our families.

But as far as this coming summer, we kind of have summer plan A, summer plan B, and summer plan C. Without going into A and B, summer plan C is kind of an online-learning initiative. But because our first priority is getting free and accessible learning into the hands of our families, we'll be brainstorming about that more in the next few weeks. Junior Theatre's summer session begins June 8, so we have a little bit of time to keep chewing on that.

How to Support Davenport Junior Theatre … and Each Other

On the Junior Theatre Web site, there's a “Support” tab, and we're actually getting geared up to launch our annual giving campaign in about a month's time, so donations really help. Donations of any size help support the arts. But just sharing the content and spreading the word, I think, would be helpful – about the YouTube channel, or when you see that Junior Theatre is reopening and we do have programs again, sharing that information and letting people know we're here. And we're gonna do the best job we can to communicate that, as well.