A Song of Iceberg and Fire: “Titanic,” at Augustana College through May 7 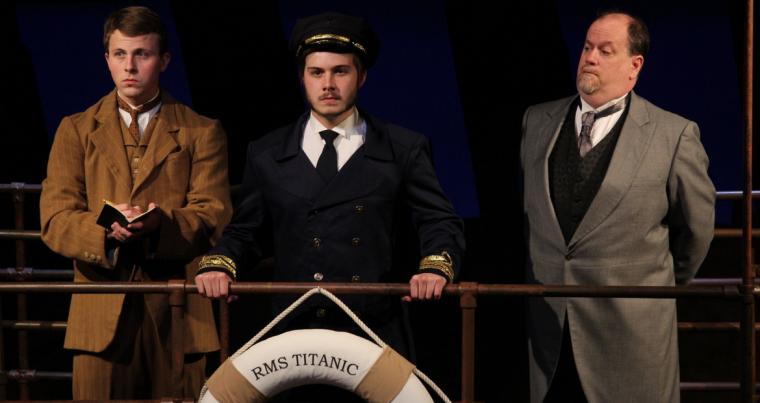 But what didn't sink was April 28's opening-night production of Augustana College's musical Titanic. Beginning with its opening number that wowed me in terms of sound quality and the power of its ensemble cast, I had to occasionally remind myself that I was at a college production.

Titanic's script brings us into the lives of a handful of passengers and crew members that were aboard the ocean liner for her maiden (and final) voyage. Meanwhile, the highlight of the show, for me, was the vast difference in the era's class systems – how simply having more money on the Titanic provided you with a better chance at survival. (Huh. Doesn’t sound so different from the times we live in now. )In a very poignant number, the ship's third-class passengers – most of them immigrants from Ireland – sing about how all their hopes will come true in America, and given the current climate, this song really struck a chord as to how America has always welcomed those from other countries and given them a chance to live their dreams.

With music direction by Ron May, the live, off-stage orchestra sounded flawless. I was quite impressed with the small but mighty musicality of the whole ensemble, with the violin (Karen Neder) and viola (Molly Price) players particularly standing out. Maury Yeston's score and lyrics form a track list that delivers many gorgeous songs that capture the emotion of the Titanic story, and when combined with the book by Peter Stone, it’s no wonder this is a Tony Award-winning musical. I will say that the cast's dynamic voices were sometimes so strong that it was hard to hear the musicians accompanying them, and a simple fix might've been to amplify the orchestra more. But while I also acknowledge that the issue may just be me and my aging ears, I did find myself, on occasion, struggling to hear the beautiful music.

The show's 22-person cast is made up of Augustana students, alumni, and even theatre-department chair Jeff Coussens, whose very-funny cameo finds him, for better or worse, just missing the ship. (As far as his character was concerned, it was definitely for the better.) And Titanic's opening number “There She Is” boasted full, rich sound; I was amazed at how the cast engulfed the theatre space with the power of their voices. One particular standout was Steven Mondloch, who plays the engine-room worker Barrett in addition to other characters. Mondloch, to the betterment of the show, never overpowered his cast mates in the ensemble songs, and when he was able to cut loose on his solos, you are able to see his full talent at work. Not only does Mondloch have a great voice, but on Friday, he displayed great emotion during his songs – a pleasing combination that's not always a given.

Captain E.J. Smith, the man with the weight of the world on his shoulders, is portrayed by Phil Corrado, whose strong characterization was that of a pacing tiger ready to pounce and take a bite out of someone if need be. Abby Roselieb plays Alice Beane, the nosy second-class passenger ready to rub elbows with first-class, whom Beane pulls off with comic-relief ease. Isador (Nate Karstens) and Ida Strauss (Jessica Holzknecht) are the older couple that refuse to leave each other’s sides, and their duet “Still” – about the strength of love over many years – finds Karstens and Holzknecht handling their characters with a delicacy that makes the song all the more heartwarming. 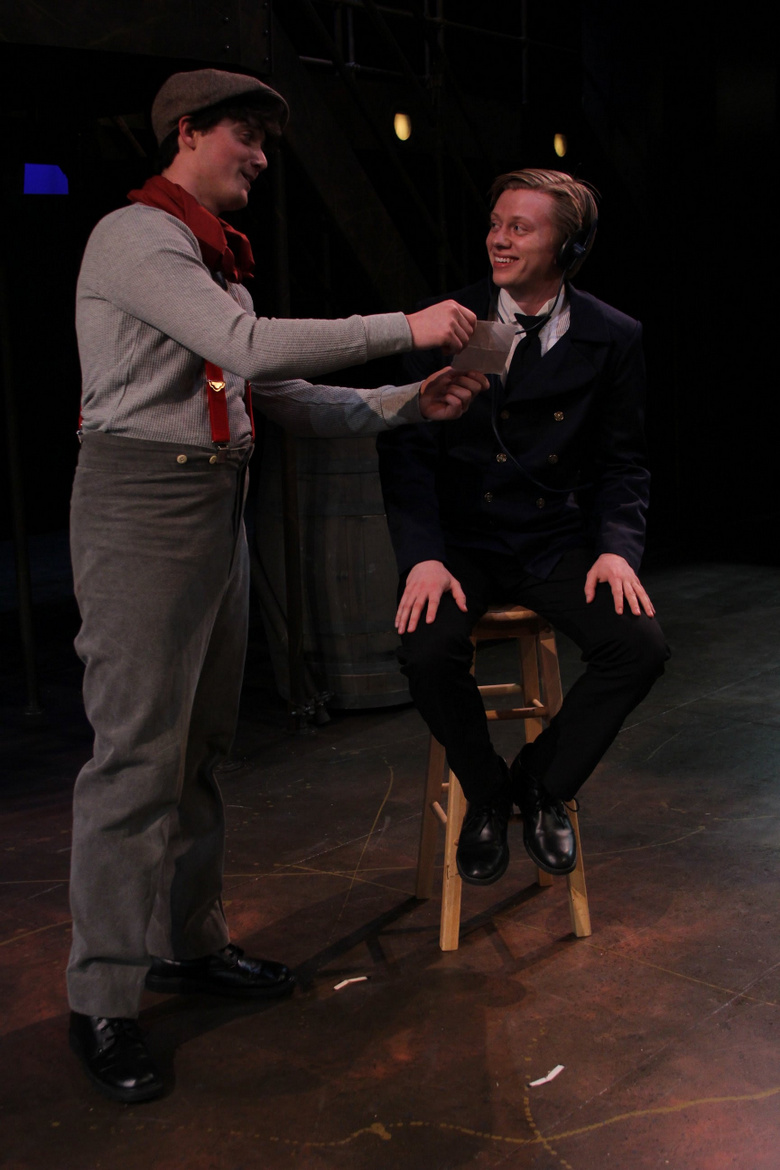 Third-class Irish couple Kate McGowan (Audrey Rose) and Jim Farrell (Keenan Odenkirk) share several endearing scenes, the finest of which finds the pregnant Kate all but forcing Jim to propose. The two actors were fantastic together and had stellar Irish accents, and Rose also had a lovely moment during the end of the “Lady’s Maid” number in which everyone on-stage sang about their dreams for life in America; Rose, simply through her facial expression, truly embodied all of these passengers hopes for the future.

Titanic also focuses greatly on those who lost a special someone the day that ship went down, and an especially charming couple was Caroline Neville (Stephie Benito) and Charles Clarke (Jaryd Whitmore) – a first-class girl and her second-class fiancé. The two make a promise to each other to marry once they arrive in New York, and the song they sing together, with Benito's vocals shining throughout, is very touching.

Director Erin Platt, herself an Augie alum, pieced this show together to make it … well … a well-oiled ship. Her blocking utilized all of the available space, including designer Suan Holgersson's two-level set and the aisles of the theatre as life boats, and designer Andy Gutshall provided beautiful blue lighting to symbolize the moon that really gave the feeling of being on a ship's bow at night. All told, Platt moved everything along nicely and delivered lovely stage pictures, and I particularly loved the visual of the crow’s-nest lookout, shown in an intimate spotlight as the rest of the cast was on lower decks of the ship.

Although I was delighted with all of the ensemble songs, there were a few occasions in which some solos didn’t quite hit their marks, and I also caught numerous actors with wandering eyes as they continually glanced at the conductor monitor. (I kept wondering what people were looking at until I realized a monitor allowing a view to the orchestra was hanging above the playing area.)

But even though its ship did sink, Augustana's Titanic was thoroughly enjoyable, right up to the cutest finale ever, as first-grader Chase Coussens ran up to a spotlight with a toy ship in hand. The tragedy was definitely lightened by such a strong, adorable final image.

Titanic runs at Augustana College's Brunner Theatre Center (3750 Seventh Avenue, Rock Island) through May 7, and more information and tickets are available by calling (309)794-7306 or visiting Augustana.edu/arts/ticket-office.