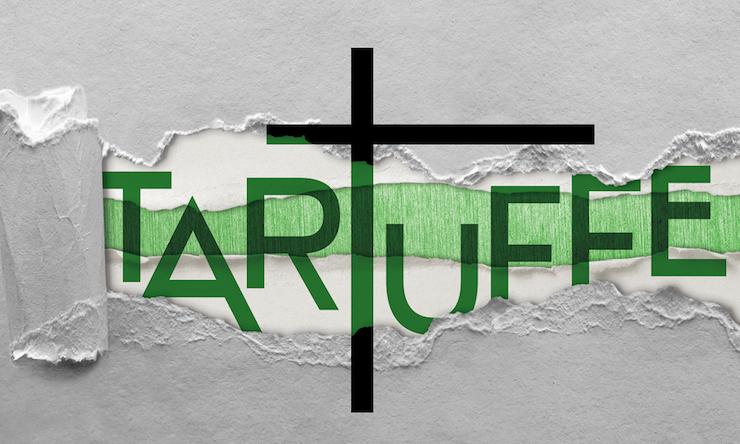 One of the most famous and beloved comedies in the history of world theatre will enjoy a rousing comeback when St. Ambrose University stages Molière's 1664 classic Tartuffe, its April 12 through 14 run bringing the French playwright's vision to life in a rollicking adaptation by Oscar winner and Tony nominee Christopher Hampton.

In Molière's timeless comedy, the wealthy Orgon has allowed himself to be duped by a fraud named Tartuffe, who hypocritically pretends to be pious. In actuality, however, the faux servant of God is a scoundrel who wishes to take advantage of the gullible Orgon – a man prepared to marry off his own daughter Mariane to Tartuffe, even though the young woman is already betrothed to someone else. Although Orgon’s family members and friends try to make him see the light, the stubborn patriarch refuses to acknowledge that he has fallen under the spell of a rogue, even when his son Damis points out that Tartuffe is trying to seduce Orgon’s wife Elmire. A captivating comedy of manners (and lack of manners), Tartuffe will be presented at St. Ambrose in an adaptation – one hailed as “ferociously brilliant” by the London Times – by Christopher Hampton, who won an Oscar for adapting his Broadway hit Les Liaisons Dangereuses into the 1988 film Dangerous Liaisons.

Tartuffe will be presented at St. Ambrose's Galvin Fine Arts Center April 12 through 14, with performances at 7:30 p.m. on Friday and Saturday and 3 p.m. on Sunday. Admission is $11-13, and more information and tickets are available by calling (563)333-6251 or visiting SAU.edu/galvin.