“The Flick,” November 25 through December 11 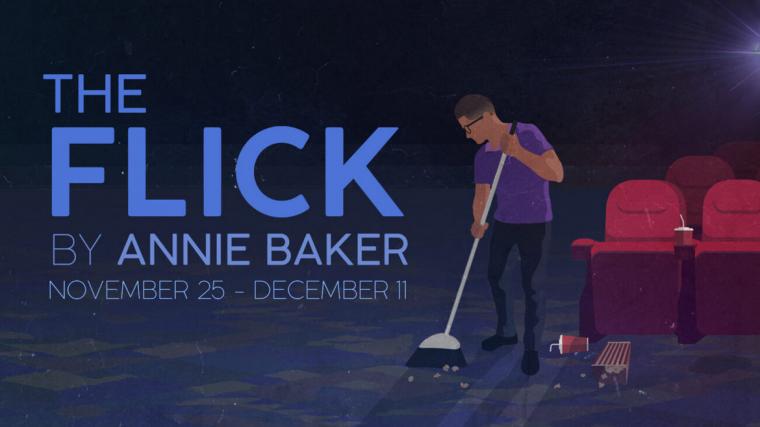 “The Flick" at Riverside Theatre -- November 25 through December 11.

Winner of the 2014 Pulitzer Prize for Drama and named by New York Times reviewers in 2018 as the third-greatest American play of the past quarter century, playwright Annie Baker's The Flick enjoys its area debut at Iowa City's Riverside Theatre from November 18 through December 11, the Pulitzer committee labeling the work a "thoughtful drama with well-crafted characters ... rendering lives rarely seen on the stage."

In a movie theater near Worcester, Massachusetts called The Flick – one of the few establishments of its type that hasn't yet switched to screening digital film – three employees work dreary jobs for just-above minimum wage selling tickets, cleaning up after patrons, and running the projector. The economy is depressed and so are they, and yet over the course of this critically lauded drama with a healthy supply of humor, Sam, Rose, and Avery show themselves to be complex, empathetic people with unrealized ambitions to become more than their dreary surroundings. Baker's work unfolds in unhurried naturalistic scenes, and her astonishingly well-observed and subtle characterizations suggest a Chekhovian ability to forge compelling drama from the littleness of everyday life, inspiring the New York Times' Charles Isherwood to rave that The Flick's author "writes with tenderness and keen insight."

The Flick runs in Iowa City from November 25 through December 11, with performances Thursdays through Saturdays at 7:30 p.m. and Sundays at 2 p.m. Admission is $15-35, and more information and tickets are available by calling (319)259-7099 and visiting RiversideTheatre.org.