“The Lesson,” September 30 through October 2 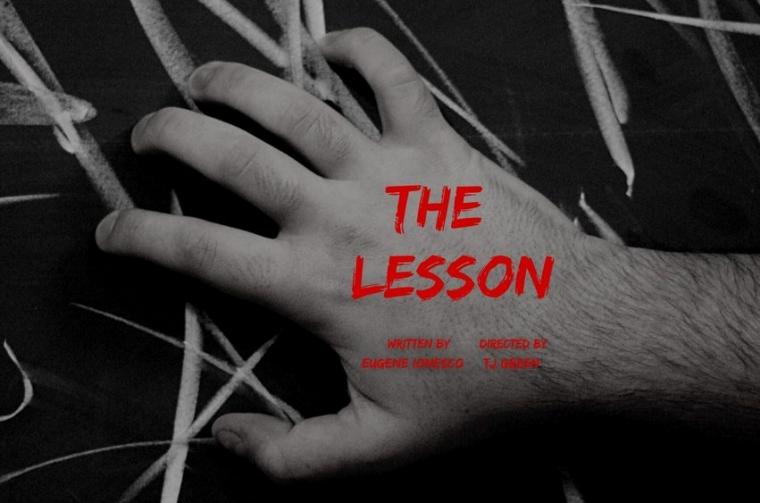 “The Lesson" at St. Ambrose University -- September 30 through October 2.

A darkly funny, disturbing, and iconic one-act by the absurdist legend Eugène Ionesco, The Lesson kicks off St. Ambrose University's 2021-22 theatre season in the Galvin Fine Arts Center's Studio Theatre, the show's September 30 through October 2 run sure to demonstrate why Stage-Door raved, “The Lesson may be the greatest of Ionesco's plays.”

In Ionesco's comedic drama, a lively female Pupil arrives at the study of a learned Professor. The youth is trying to earn an educational certificate called the “total doctorate,” and she needs to master both mathematics and philology (the study of the history of languages) in order to do so. The Professor’s Maid urges him to remain calm as the lesson progresses from addition to subtraction to multiplication to Spanish pronunciation, and all the while, the initially timid and polite Professor grows more forceful, domineering, and lascivious as the power of his lectures renders his Pupil helpless, and horrifyingly at his mercy. A scathing commentary on totalitarianism, indoctrination, and the power of propaganda to suffocate and enslave, The Lesson is considered to be one of the foundational texts of the Theatre of the Absurd. This well-loved play has also been translated into dozens of languages, and its message is no less relevant today than when it was first performed in the aftermath of World War II. 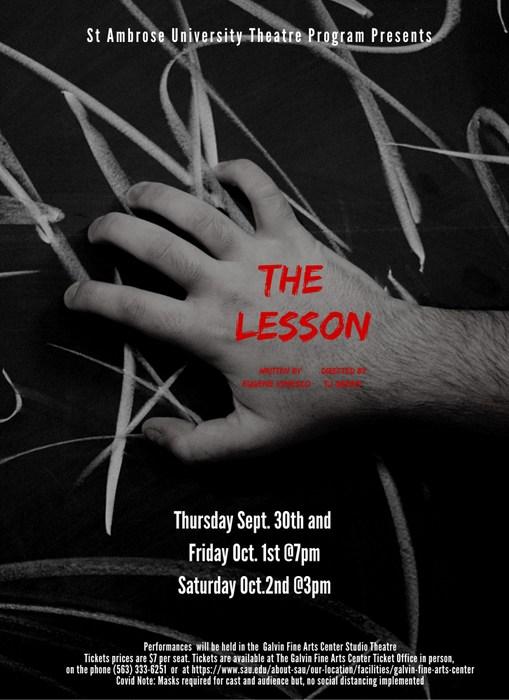 The Lesson will be staged September 30 through October 2 in the Studio Theatre of St. Ambrose University's Galvin Fine Arts Center, with performances Thursday and Friday at 7 p.m. and Saturday at 3 p.m. Admission is $5.75, and for more information and tickets, call (563)333-6251 and visit SAU.edu/theatre.