Genesius Guild's “The Tempest,” June 15 through 23 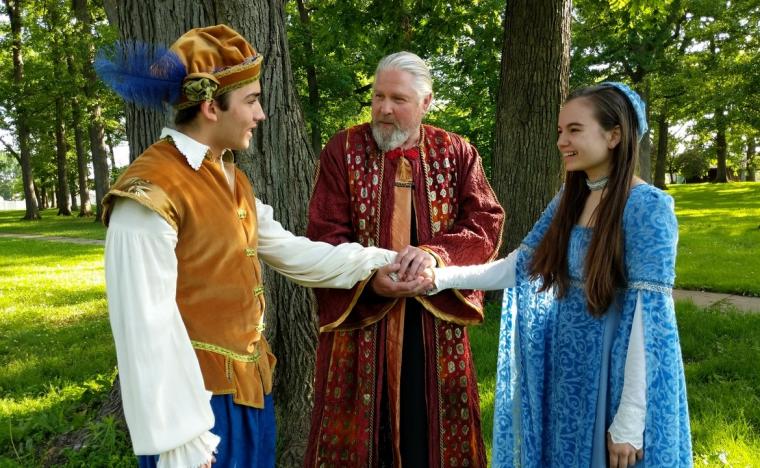 Delivering their first 2019 presentation in the form of what is widely considered one of the last plays that William Shakespeare ever wrote, the gifted participants of Genesius Guild will stage the romantic, hilarious, moving, and magical tale of The Tempest in Rock Island's Lincoln Park June 15 through 23, marking the first time in 13 years that the venerable classical-theatre company has produced the Bard's unforgettable 17th Century saga.

An enchanted fable about betrayal, love, and forgiveness, Shakespeare's The Tempest is set on a remote island somewhere near Italy where Prospero, the one-time Duke of Milan, and his beautiful daughter Miranda live with an airy spirit called Ariel and a savage monster figure called Caliban. Prospero is a powerful sorcerer who creates a storm – a tempest – that sets the stage for the play's actions, in which audiences witness a plot to murder the King of Naples, a drunken scheme to kill Prospero, and a romance between Miranda and the king’s son Ferdinand. Exploring numerous themes including revenge and family duty, The Tempest is listed in the First Folio as the first of Shakespeare’s comedies, and while it deals with both tragic and comic themes, modern criticism created an additional category of “romance” for this and other late plays by the Bard. The Tempest has also been subjected to varied interpretations, ranging from those who see it as a fable of art and creation (with Prospero representing Shakespeare and Prospero’s renunciation of magic signaling Shakespeare's farewell to the stage) to interpretations that consider the work an allegory of Europeans colonizing foreign lands. 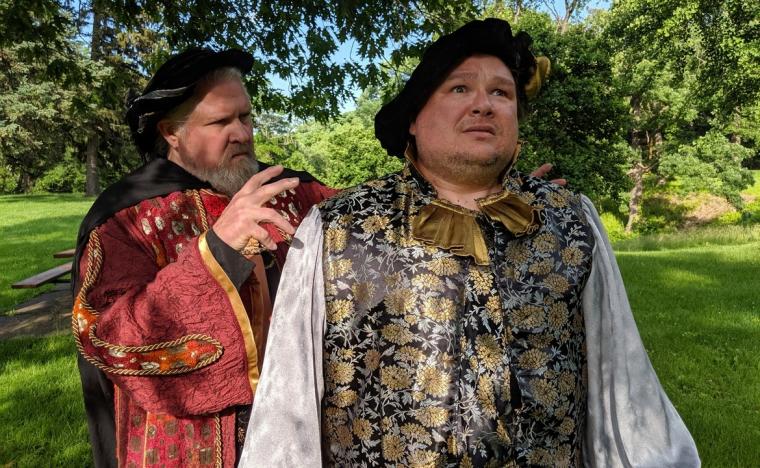 Directing The Tempest for Genesius Guild is Augustana College theatre professor Jeff Coussens, who directed the Bard's comedy in 2006 and also helmed productions of Shakespeare's As You Like It, The Taming of the Shrew, and Much Ado About Nothing. Among the talents returning to Lincoln Park's outdoor pavilion for Genesius Guild's season opener are Prometheus Bound's George Cornelius as Prospero, As You Like It's Anna Myatt as Miranda, The Trojan Women's Sophia Kilburg as Ariel, The Merchant of Venice's Jason Dlouhy as Antonio, and Much Ado About Nothing's Mischa Hooker as Gonzalo. And with its cast composed of both Shakespeare veterans and area high schoolers assaying Elizabeth language for the first time on stage, The Tempest's ensemble is completed by Laylon Baucom, Aliyah Bendix, Jack Bevans, Valentine Chenus, Ava Coussens, Kalangilo Davis, Grace Engstrom, James Guest, Olivia Hart, Jenya Loughney, Merlin Nelson, Kameron Roberts, Justin Six, and Matt Walsh.

The Tempest will be performed in Lincoln Park on Saturdays at Sundays at 8 p.m., and admission to the June 15 through 23 run is free, though donations are encouraged. For more information, visit Genesius.org.