“The Three Musketeers,” January 25 through February 3 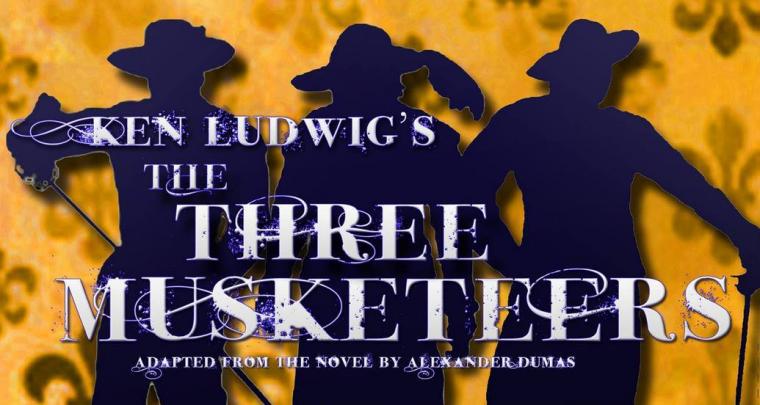 “The Three Musketeers" at Augustana College -- January 25 through February 3.

Praised by the Bristol Evening Post as “a real winner” that earns “four stars out of four,” and by The Guardian for being a “slick, swashbuckling romp that cleverly updates the Dumas novel,” the literary classic The Three Musketeers enjoys a thrilling new stage presentation at Augustana College January 25 through February 3, with Tony Award nominee Ken Ludwig's 2007 adaptation delivering, according to The California Aggie, “two hours of pure awesomeness.”

Based on the timeless swashbuckler by Alexandre Dumas, The Three Musketeers is a tale of heroism, treachery, close escapes, and, above all, honor. Its story, set in 1625, begins with D’Artagnan setting off for Paris in search of adventure in the company of Sabine, his sister and the quintessential tomboy. Sent with D’Artagnan to attend a convent school in Paris, Sabine poses as D’Artagnan’s young male servant, and becomes entangled in her brother’s escapades after they reach Paris and D’Artagnan encounters the greatest heroes of the day: Athos, Porthos, and Aramis, the famous musketeers. D'Artagnan eventually joins forces with his heroes to defend the honor of the Queen of France, and in so doing, finds himself in opposition to the most dangerous man in Europe, Cardinal Richelieu. Even more deadly, however, is the infamous Countess de Winter, known as Milady, who will stop at nothing to exact revenge on D’Artagnan – and Sabine – for their meddlesome behavior.

The Three Musketeers will be presented in Augustana College's Brunner Theatre Center January 25 through February 3, with performances at 7:30 p.m. on Fridays and Saturdays and 1:30 p.m. on Sundays. Admission is $10-15, and more information and tickets are available by calling (309)794-7306 or visiting Augustana.edu.