“The True Story of the Three Little Pigs,” June 18 through July 6 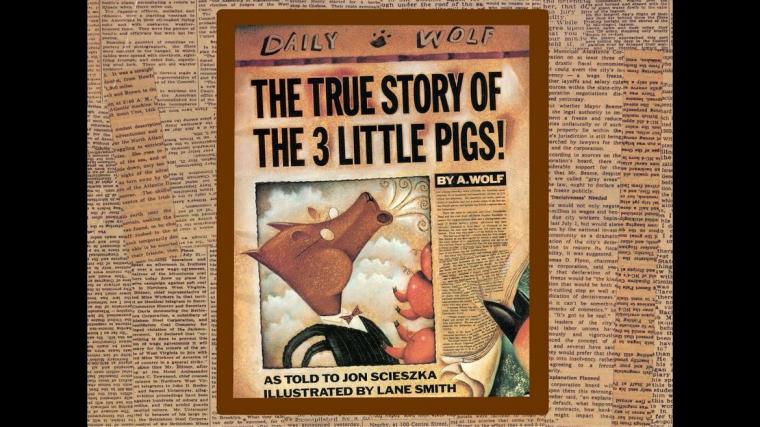 “The True Story of the Three Little Pigs" at the Circa '21 Dinner Playhouse -- June 18 through July 6.

With its source material named one of the “Top 100 Picture Books of All Time” by School Library Journal, the Circa '21 Dinner Playhouse's The True Story of the Three Little Pigs will treat audiences to huffing, puffing family fun from June 18 through July 6, bringing authors Jon Scieszka's and Lane Smith's 1989 book to life in an hour-long comedy filled with hilarious escapades, colorful costumes, and a healthy dose of storybook magic.

If you thought you knew the actual story of the Three Little Pigs … you thought wrong, as The True Story of the Three Little Pigs will giddily prove. In this hysterical and clever fractured fairy tale that twists points-of-view and perspective, youngsters will finally hear the other side of this timeless tale. As every child knows, there are two sides to every story, and when the Big Bad Wolf takes the stand in Piggslyvania’s Trial of the Century, he finally gets his say. But whether he’ll get a fair trial in a corrupt piggy court is anyone’s guess. Will the pigs’ splashy puppet show make a puppet out of justice, or is the wolf’s catchy song and dance about a sneeze gone wrong nothing but razzle-dazzle? Circa '21 audiences are invited to enter the jury box for themselves, and help decide the fate of Big 'n' Bad in this musical adaptation of the children’s-book smash that Publishers Weekly called “a gaily newfangled version of a classic tale.”

Helming Circa '21's The True Story of the Three Little Pigs is Ashley Mills Becher, a current castmate in the venue's evening musical Holiday Inn who, alongside her husband Bobby, created and owns the production company WhatFun! Theatre and directed Aesop's Falables (A Rock Musical) for Davenport Junior Theatre. Rachelle Walljasper, a frequent Circa '21 performer recently seen in the theatre's Annie and The Music Man, serves as the show's music director. And the family comedy is performed by a quintet of professional talents: Madison Duling (the Playcrafters Barn Theatre's Avenue Q), Brad Hauskins (Circa '21's Grumpy Old Men: The Musical), Brooke Myers (the Circa '21 Speakeasy's The Rocky Horror Show), and current Holiday Inn co-stars Joe Arnotti and Alyssa Flowers.

The True Story of the Three Little Pigs will be presented June 18 through July 6 at scheduled 10 a.m. and 1 p.m. performances on Tuesdays, Thursdays, Fridays, and Saturdays, and admission is $8-9.50. For more information and reservations, call (309)786-7733 extension 2 or visit Circa21.com.