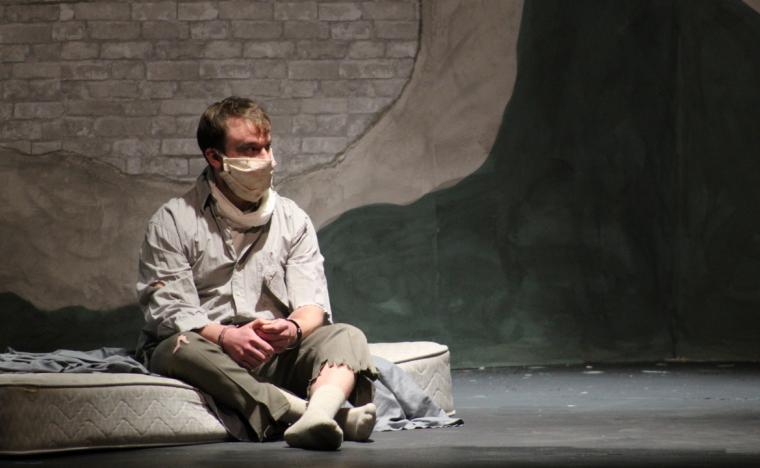 Described by TheatreMania.com as a drama that “has a lot to say about the agonizing process of political change,” playwright Lee Blessing's Two Rooms will be presented by St. Ambrose University in virtual performances running February 19 through 21, the student-produced offering a work that Variety magazine called “that rare political play that survives beyond its period not merely because it remains timely, but because its characters and conflict cut close to the bone.”

The two rooms of Blessing's title are a windowless cubicle in Beirut, where an American hostage is being held by Arab terrorists, and a room in the United States, which his wife has stripped of furniture so that she can symbolically share his ordeal. In a series of imaginary conversations between the hostage Michael and his wife Lainie, the former tries to prod his spouse into taking umbrage at what he labels “government ineptitude and inaction,” while the State Department representative Ellen is coolly efficient, even dispassionate, in her attempt to treat the matter with professional detachment. It is her job to try to make Lainie aware of the larger equation, of which the taking of a hostage is only one element. But as the months in Two Rooms inch by, Lainie finds it increasingly difficult to remain patient, resulting in a 1988 stage drama that the Charlotte Observer deemed “as relevant today as when it was first performed.” 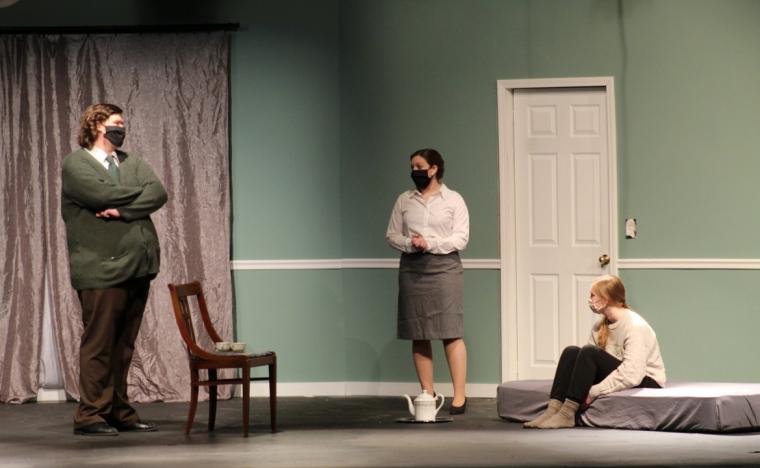 St. Ambrose University will present virtual performances of Two Rooms at 7 p.m. from February 19 through 21, with $7 admission allowing ticket-holders 48 hours to view the performance. For more information and to screen the production, call (563)333-6251 and visit SAU.edu/two-rooms.