“The Vagina Monologues” and “The Why,” February 8 and 9 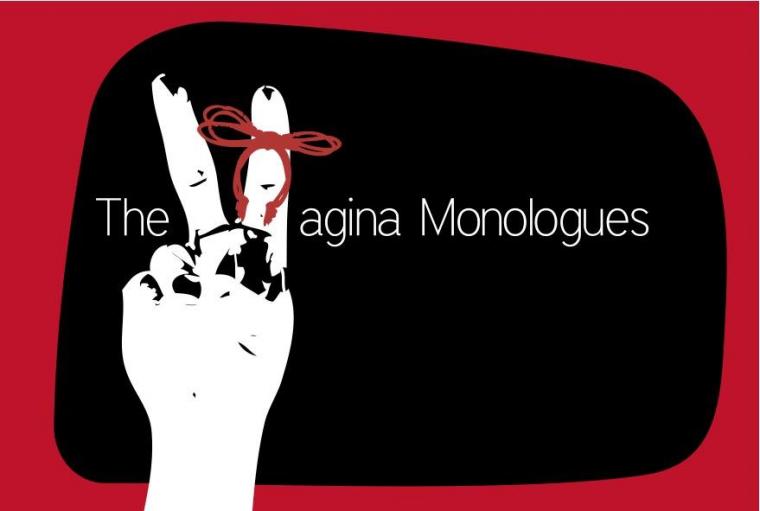 "The Vagina Monologues" at Augustana College -- February 8 and 9.

Patrons of Augustana College's Brunner Theatre Center will have the rare opportunity to see two stage presentations on one weekend – or even, if they choose, one day – when the department's students present a pair of productions on February 8 and 9: author Eve Ensler's acclaimed The Vagina Monologues in the Brunner mainstage theatre, and playwright Victor Kaufold's tragicomedy The Why in Brunner's Honkamp Myhre Black Box Theatre.

A lauded stage piece that's also something of an international feminist movement, The Vagina Monologues finds women from all walks of life gathered together to perform a series of monologues, and is being sponsored by theatre fraternity Alpha Psi Omega in its 15th-annual presentation. Created by Ensler in the mid-'90s following her interviews with more than 200 women, the play explores consensual and non-consensual sexual experiences, body image, genital mutilation, direct and indirect encounters with reproduction, sex work, and other topics through the eyes of women of various ages, races, and sexualities. The New York Times' Charles Isherwood called The Vagina Monologues “probably the most important piece of political theater of the last decade,” and every year since its inception, a new monologue is added to highlight a current issue affecting women around the world. With this year's presentation boasting the participation of more than five dozen students, the 2019 Vagina Monologues is being directed by Augustana senior Shyan Devoss, who also helmed the theatre's December production of The Children's Hour and has performed in shows including Crimes of the Heart, The Madwoman of Chaillot, and this past fall's The Crucible. 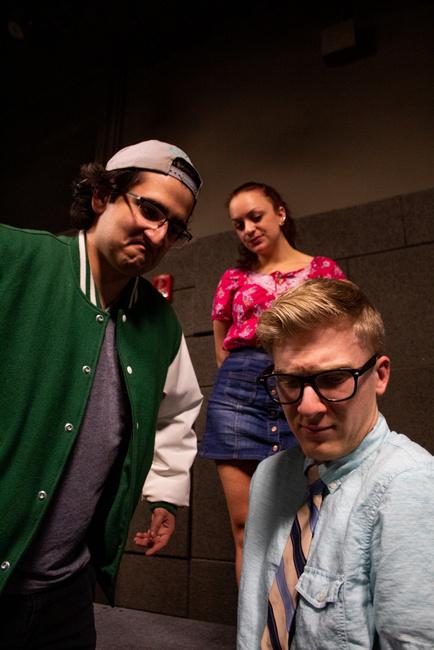 A fast-paced tragicomedy that's part modern satire and part honest investigation, The Why concerns Robert, an American teenager guilty of murdering three of his classmates in a school shooting. Spliced among the dramatic exchanges between Robert and his assigned social worker, a parade of fantastical stereotypes storms in and out, creating a dichotomy between moments of hilarity and sorrow. Confronted by disturbingly accurate exaggerations of the tabloid-like modern media, the audience is consequently made to laugh and then question that laughter, and Augustana's rendition is the culminating project of the theatre department's Play Production class, with students responsible for all aspects of its presentation. An actor in Augustana productions of The Crucible, The Madwoman of Chaillot, and Circle Mirror Transformation, Jonathan Quigley serves as The Why's director, with his cast of 13 composed of Scott Brick, SophiaRose Brown, Rami Halabi, Bradley Heinrichs, Emmy Hydorn, Emily Johnson, Amy Nicholson, Jake Pecaut, Ariela Policastro, Olivia Smith, AJ Weber, Jaryd Whitmore, and Daniel Williams.

Both productions will be performed in Augustana College's Brunner Theatre Center on February 8 and 9, with The Vagina Monologues presented in the mainstage theatre at 8:30 p.m. on Friday and 1 & 8:30 p.m. on Saturday, and The Why presented at 6 p.m. on both evenings. Admission is $3-6 for the former (with 90 percent of the proceeds going to Quad Cities survivors of sexual assault and abuse) and $5-10 for the latter, and tickets to both are available by calling (309)794-7306 or visiting Augustana.edu/theatre.