Victim of Circus Dance: “Pippin,” at the Timber Lake Playhouse through June 27 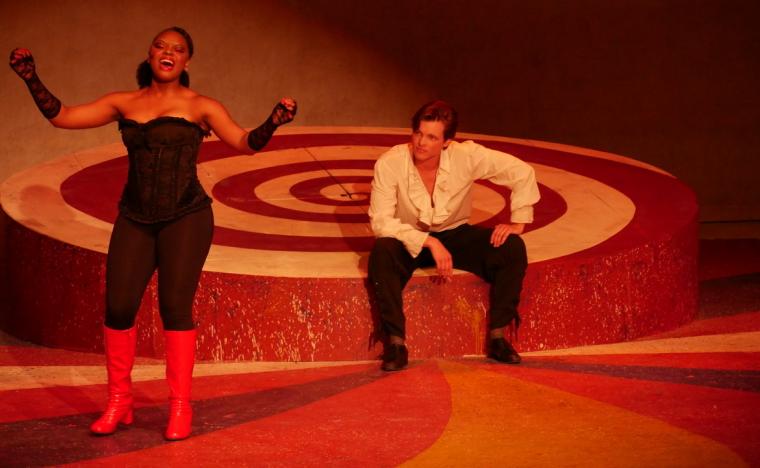 The song “Corner of the Sky” has always been one of my favorite Broadway tunes. I love the lyrics, especially, because they touch areas deep inside my heart with their nuances of looking for meaning in life and trying to find a place where you fit in. The words: “Rivers belong where they can ramble / Eagles belong where they can fly / I’ve got to be where my spirit can run free / Got to find my corner of the sky” really ring true in my own experiences. And this song is the centerpiece for the season opener – the musical Pippin – now playing at the Timber Lake Playhouse.

Thursday’s opening-night performance was a little bit underwhelming for me, but it was not at all bad. During the show, I realized that I didn't know much about the story as a whole, so I would highly recommend doing a little advance research in order to follow the characters. That being said, Timber Lake is celebrating 60 years of live theatre with this season, and the commemorative playbill was nicely done.

In a nutshell – and this is a somewhat difficult show to nutshell, based on the complexity of the narrative – Pippin (Jack Hale), a young prince, and his father King Charlemagne (Darren Mangler) are two real-life individuals of the early Middle Ages, although the musical's plot is fictional and presents no historical accuracy regarding either. Pippin is searching for meaning and significance in his life, and while going to battle with his father against the Germanic political entity the Visigoths, the young man seeks to prove himself. Under the music direction of Michael McBride, Hale’s voice was rich and full in his performance of “Corner of the Sky,” but it felt like he was not as strong vocally on a majority of his other songs. His acting and dance skills, however, were quite strong, and considering his boyish good looks and talent, I'm sure Hale will go far in the industry. 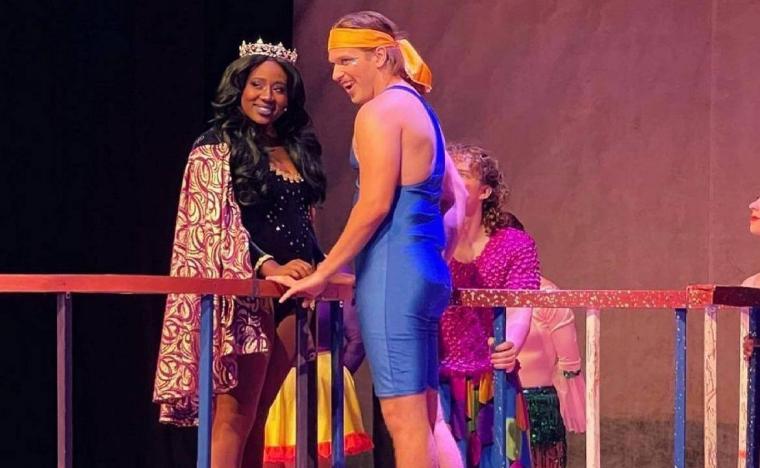 With Pippin's music and lyrics by Stephen Schwartz and its book by Roger O. Hirson, director Paul Stancato's production begins with the Leading Player (Nissi Shalome) of a mysterious performance troupe and the accompanying Players inviting the audience to witness their show through the opening number “Magic to Do.” Shalome’s body microphone, though, apparently was not turned on, or may have been malfunctioning, at the beginning of Thursday's presentation. Later, she used a hand-held mic that made her voice a bit muffled, but the actress had incredible stage presence that made up for it.

Pippin also meets up with his stepmother Fastrada (Autumn Key) and her dimwitted son Lewis (Luis Garcia-Godoy). Key has an excellent voice and played her diva character quite well, while Garcia-Godoy was dressed in a blue unitard by costume designer Damerius Kennedy that was eye-catching, to say the least. As for the rest of the cast's costumes, they were fabulous, full of sequins and sparkles. I particularly liked the outfit for the Leading Player, which was a pair of black, possibly leather pants with red highlights, along with a well-fitted bustier and bright red boots. And the makeup and hair design by Corey Cochran was edgy and fun, with bright shiny colors on the performers’ eyelids and around their mouths, adding just the right amount of shimmer.

Megan Graal, who played Pippin's granny Berthe, showed off her gymnastic skills in a silly sequence involving the song “No Time at All.” Ciarra Stroud, with her striking physical appearance, was lovely as the soft-spoken Catherine, Pippin’s love interest. And rounding out the central cast was Josh Lee as Theo, the somewhat cantankerous son to Catherine and an eventual friend to Pippin. Including the ensemble, Stancato's entire company moved about the stage with unusual yet interesting choreography by the director and his associate choreographer (and wife) Felicia Finely that was very entertaining. The original Pippin was directed on Broadway by Bob Fosse, and I could definitely see the Fosse-jazz style, which I adore, shining through each dance routine. 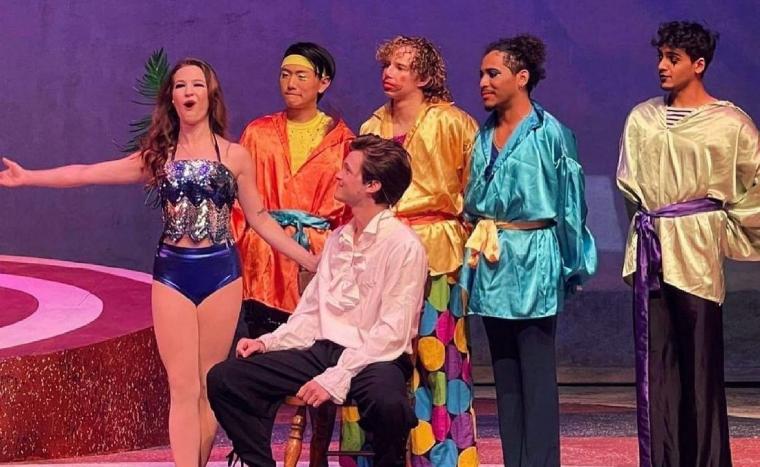 Matt McClure's set design consisted of a colorful mobile spiral staircase and a multitude of different platforms that were great for visual interest and level changes. There were red-and-black circus paintings surrounding the stage, as well as a really cool clown’s-mouth door that spewed out billowing smoke. The lighting effects by Rob Littlefield, meanwhile, added the finishing touches to pull everything together, but at times some of the bright lights positioned around the front of the stage floor reflected awkwardly into my glasses, causing an uncomfortable glare.

All in all, I enjoyed the evening and would recommend this Pippin to anyone interested in seeing it, but like I said, if you aren't familiar with the storyline, it may not make much sense. I think I was most excited about hearing one of my favorite songs, “Corner of the Sky” – and that particular musical number definitely did not disappoint.