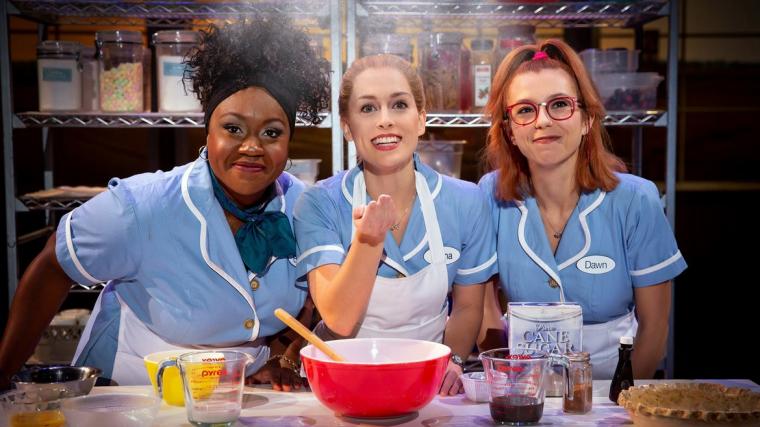 Praised by Variety magazine for its “charming score that suits the quirky material” and Time Out NY for its “expertly constructed and emotionally satisfying tale of self-liberation in the face of limited options,” the Broadway sensation Waitress brings its national tour to Davenport's Adler Theatre on June 1, serving up an evening of comedy, drama, romance, and Sara Bareilles compositions that made NBC New York rave, “It's easy as pie to fall for Waitress.”

Based on the 2007 film starring Keri Russell, the four-time Tony Award nominee Waitress finds Jenna – a woman who is pregnant without any desire to be – trapped in an abusive relationship in a small town with no hope for a future outside of fear and false positivity. She escapes from her trauma, however, through the baking of pies, creations of her own that she names after their uniquely combined themed ingredients and the events that inspired them, and recipes of her mother’s that once instructed her own baking. Jenna sells her goods at Joe’s Pie Diner, where she’s also a waitress, and the job and her friends there exist as her only world outside her husband. When Jenna meets her new male gynecologist, however, and sparks of attraction start to fly, she’s forced to face up to all the things inside her that are hurting, and take action to change them. Waitress consequently follows Jenna's quest for happiness by accepting the kinds of love she truly deserves, and rejecting those who compromise her potential to feel powerful in her own life.

With the spellbindingly intricate harmonies of Bareilles' compositions reminiscent of retro radio songstresses and rural American music stylings, Waitress premiered at the American Repertory Theatre in Cambridge, Massachusetts, in 2015, and was immediately lauded for being atmospherically complex while reflecting a refreshingly honest vision of the typical small southern American town. The show consequently made its Broadway debut in April of 2016, and a month later it received Tony nominations for Best Musical, Bareilles' score, and performers Jessie Mueller and Christopher Fitzgerald. Waitress finally closed its New York run after 33 previews and 1,544 regular performances, and made history for being the first Broadway show that had the four top creative spots filled by four different women: composer Bareilles, book writer Jessie Nelson, choreographer Lorin Latarro, and director Diane Paulus. Bareilles' What's Inside: Songs from Waitress, meanwhile, debuted in the top 10 of the Billboard 200 chart, with Time Out NY calling “She Used to Be Mine” a “ballad of loss and regret which will rip your heart out.”