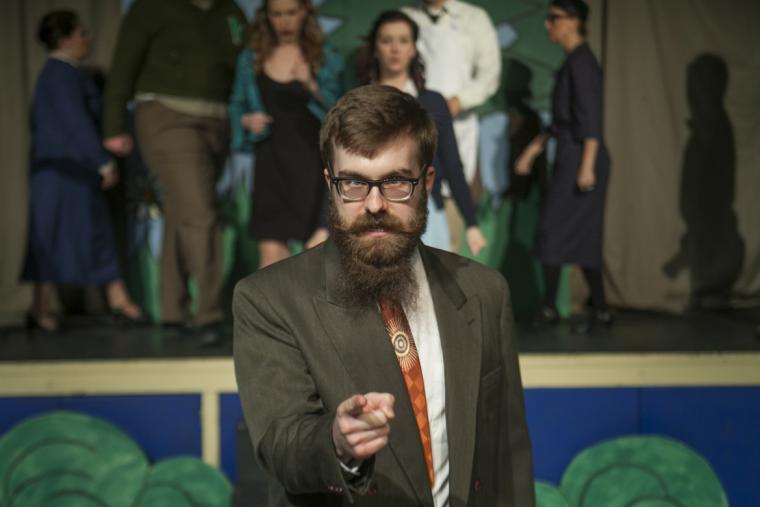 Marijuana is an “unspeakable scourge,” warns The Lecturer (played by an augmentedly-bearded Andy Curtiss) at the start of the QC Theatre Workshop's hilarious production of Reefer Madness. A scourge, warns the man, that's “turning all our children into hooligans and whores!” What follows is a musical re-enactment of how two clean-cut teenagers, Jimmy Harper (played with youthful exuberance by Joe Oliger) and his sweetheart Mary Lane (the always-delightful Becca Johnson), are tricked into succumbing to the evils of the “devil's weed,” and about the tragic fate that awaits them.

Designed by composer Dan Studney and lyricist Kevin Murphy (both of whom collaborated on the script) as a parody of the anti-marijuana propaganda movie of the same name, Reefer Madness is presented as a play-within-a-play that's taking place in an elementary-school gymnatorium in 1936. (The Workshop's staging makes this arguably the most appropriate use of a venue ever, considering the theatre is housed in Davenport's former Johnson Elementary School gymnatorium). Jack (Michael Alexander), a smooth-talking marijuana pusher, and his junkie-with-a-heart-of-fool's-gold girlfriend Mae (Becca Brazel) are arguing over whether Jack should be trying to get high-school kids hooked on weed. After the longest-distance stage slap ever, Jack leaves for the Five & Dime, where he tricks a gullible Jimmy into going up to Mae's apartment for some dance lessons. (Yes. Dance lessons.)

Nothing good seems to happen to Jimmy after that, and after each misfortune, the aptly named “Placard Girl” (Sara Kutzli) carries a different placard across the stage as an illustration of the various dangers of marijuana. (Example: “Reefer Gives You the Munchies!”) Kutzli plays her role like SNL's Church Lady on steroids, with a piercing stare that, at the June 1 performance, made me feel like I just got caught shooting spitballs in class. 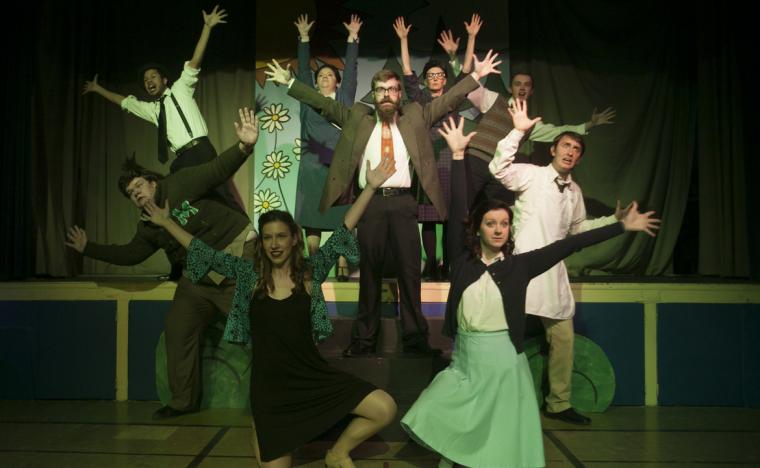 The twin engines of a good runaway-train parody are exaggeration and energy, and here, director and musical director Aaron Randolph III serves them up like a warm plate of brownies. The pacing throughout was swift, and Becca Johnson's choreography was crisp and bouncy. In fact, the entire cast seemed to be having the time of their lives.

For starters, Curtiss plays The Lecturer with all the deep-voiced, knitted-eyebrow gravity one might expect from a 1930s B-movie announcer. Then there's Brazel's Mae, who not only won me over with her booming voice and big personality, but also her ability to mug for the audience as if she invented the concept. I couldn't help but cheer for her when she finally came to her senses about Jack.

Equally impressive was Oliger's transition from boy next door to rabid drug fiend, along with his numerous failed attempts to shake off the demon weed and return to his Mary Lane. Alas, not even a visit by Jesus (performed with divine inspiration by Alexander) can bring him back into the fold. “Try filling your lungs with God and not Jamaican weed” Jesus sings, but to no avail.

In perhaps the only poignant moment in the performance, Green sang a one-minute lullaby as an unnamed baby. Green, complete with baby bonnet, never looking directly at the audience, gave a heartbreaking account of the baby's fate, making my heart sink, if only for a moment. Then the Placard Girl appeared … . 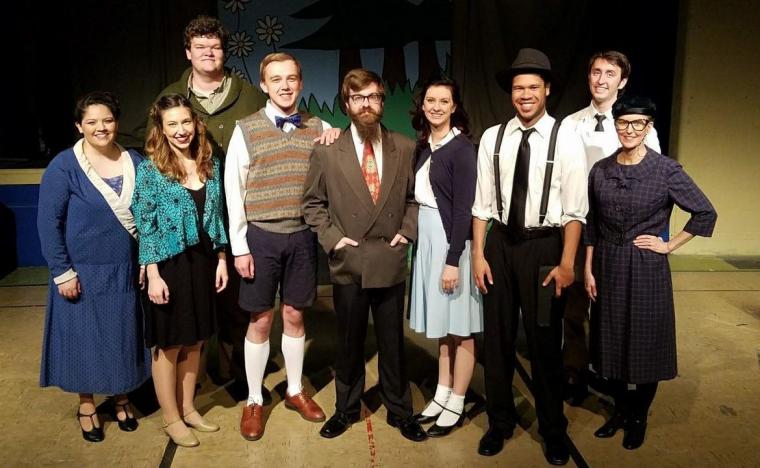 Friday's audience couldn't seem to stop cackling as Vasquez made the longest getaway in hit and-run history, slowly shuffling Sally's cardboard car sideways while grinning sheepishly at the audience. The Five & Dime's Mr. Poppy (Michael Byrne) had his comic moments, too, keeping his counter squeaky-clean with every opportunity. Even Alexander Richardson's clever lighting design was good for a couple of laughs.

My only minor complaint with the production is that some of the lyrics were difficult to hear and/or understand. Part of the problem, I image, is that some of the material was outside of the performers' normal vocal ranges, but in other cases, a little more volume and a lot more enunciation would work wonders to fix the problem.

Regardless, if you're looking for a highly entertaining musical-theatre experience over the next two weekends, don't be a dope. Make your reservations now, because this show's going to be sold out before you can say ...

Reefer Madness runs at the QC Theatre Workshop (1730 Wilkes Avenue, Davenport) through June 17, and for more information and tickets, call (563)823-8893 or visit QCTheatreWorkshop.org.