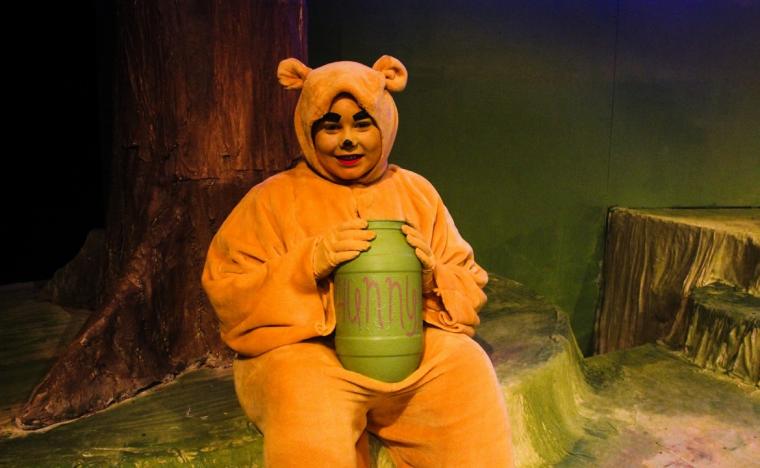 Laney Goff in Winnie the Pooh at Davenport Junior Theatre -- October 16 through 24.

Some of the most beloved figures in children's-book history, and perhaps in all of literary history, will be brought to life October 16 through 24 when Davenport Junior Theatre hosts its new production of Winnie the Pooh, the theatrical opener to the company's 70th season and its official 2021-2022 declaration: “Shows Are Free for All to See.”

Based on the novel published in 1926 by A.A. Milne, Winnie the Pooh tells the story of a lovable bear and his misadventures when his heart, and tummy, get too focused on honey. Mayhem ensues when two new animals – Kanga and Roo – arrive at the forest, and the story's many delightful happenings include Piglet getting a bath, Pooh getting stuck in Rabbit’s door, and Eeyore’s dashed plans at having a good day.

“The story is a classic,” said Winnie the Pooh director Zach Meyer. “It is a story of kindness and friendship. It is about accepting our flaws, striving to do better, and relying on your friends to help you along the way. It’s a story worth telling every generation. In fact, many of our design professionals working on the show today were in this show at DJT when they were kids.” 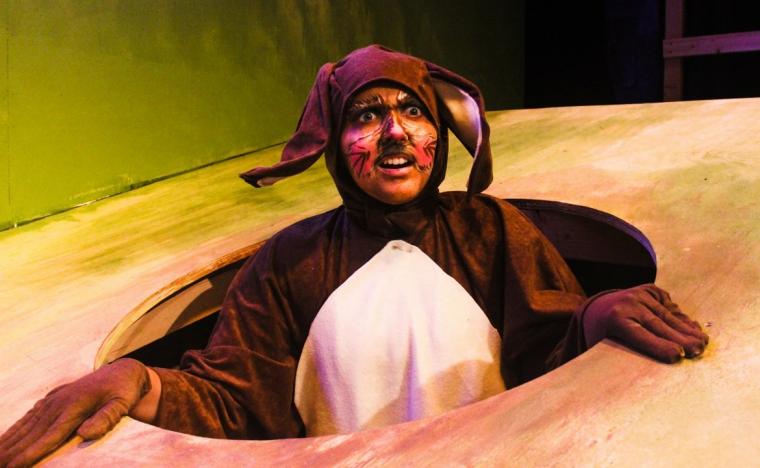 Describing their version of Milne's tale that was adapted by Kristin Sergel, Meyer added, “We didn’t want to simply mimic the Disney version. We went back to the original illustrations of E.H. Shepherd for inspiration. Since the illustrations were made in consultation with A.A. Milne, we felt they had something special to offer. The costumes feel more like stuffed animals. The set feels like a sketch that has been water-colored over."

Junior Theatre's Winnie the Pooh involves 23 students from six different area cities and towns in the Quad Cities. The kids, who range in age from 10 to 18, are the actors, crew members, tech-board operators, front-of-house team members, and also take on additional duties, and local, professional theatre artists work alongside the students to create a dynamic theatre experience while training youth in theatrical production. 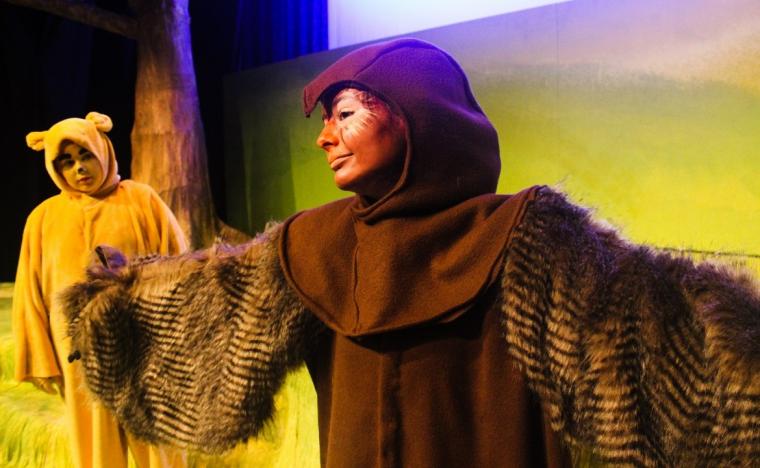 Like the forthcoming shows in Junior Theatre's 2021-22 season, the hour-long stagings of Winnie the Pooh will also be presented to audiences at no cost to patrons. “For nearly 70 years, we have charged admission for DJT Mainstage shows,” said Board President Kristin Meyer. “But the last couple years has us thinking about different barriers we can knock down to make the performing arts more accessible. Eliminating ticket admissions seemed like a good place to start.”

Winnie the Pooh will be staged October 16 through 24, with performances at 1 and 4 p.m. on Saturdays and 3 p.m. on Sundays. Admission is free, tickets are on a first-come/first-served basis at the door, and more information is available by calling (563)888-2227 and visiting DavenportJuniorTheatre.com.