“Wishes: An Evening with Wendy Czekalski,” September 16 through 18 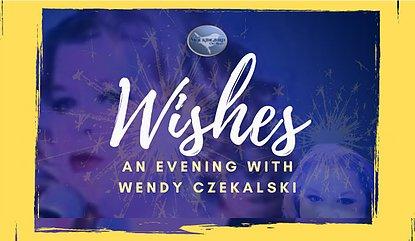 “Wishes: An Evening with Wendy Czekalski" at the Mockingbird on Main -- September 16 through 18.

Over the past decade-plus, theatre audiences have seen her in such area productions as A Streetcar Named Desire, Oedipus Rex, The Gift of the Magi, and this past June's Hate Mail. They've heard her sing in such musicals as Thoroughly Modern Millie, Monty Python's Spamalot, The Drowsy Chaperone, and Assassins.

But until now – or rather, until its September 16 through 18 run at Davenport venue The Mockingbird on Main – stage fans haven't spent a full 75 minutes in her solo (albeit piano-accompanied) theatrical company until the debut of her one-act cabaret Wishes: An Evening with Wendy Czekalski.

A busy performer whose additional local credits include roles in Grumpy Old Men: The Musical, Hard to Believe, Curtains, The Mikado, Sunday in the Park with George, The Producers, Sister Act, and numerous additional titles, Czekalski's first solo show was conceived just over two months ago, around the time Mockingbird co-founders Tristan Tapscott and Savannah Bay Strandin were considering future productions for their intimate downtown venue. The show's genesis, however, actually began years ago.

“Doing a cabaret has been something I have personally wanted to do for a very time time,” says Czekalski. “You know, in my head I was always kind of thinking, 'Hmmm... if I did a cabaret, what would it be like, what would I sing … ?' So it's something I wanted to do for years. And with Tristan and Savannah opening the new theatre space, this is just the type of thing they were looking for. So the idea just kind of organically came about when Tristan and I were talking one day.”

With piano accompaniment provided by Czekalski's longtime friend Karl Bodenbender, Wishes features roughly a dozen solo numbers, and the cabaret's title, says its creator, is both a wistful one and a personal one.

“The theme is actually songs that I just wished I'd ever had a chance to sing,” Czekalski says with a laugh. “Or roles I have wished I could play. It's kind of like my wish list.

“I'll be doing 'Ladies Who Lunch' from Company, since I'm going to be doing Company at the Black Box Theatre (October 7 through 16). There'll be a couple songs from Merrily We Roll Along. 'Not a Day Goes By.' 'Losing My Mind' from Follies … . The show really should've just been called Wendy Sings Sondheim.” 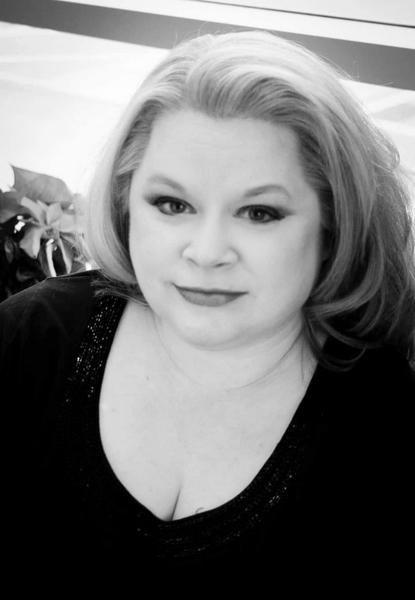 Laughing, she continues, “But it's also kind of about the ups and downs of love. I'm starting with 'The Miller's Son' from A Little Night Music, so it starts with that kind of youth and exuberance. And I'm singing 'As Simple as That' from (Jerry Herman's) Milk & Honey. But then with the Sondheim section, it's basically like, 'Now let's talk about that insanity we live in for a while after something goes awry.' So love turned into its own kind of theme. Inadvertently so. This just kind of wrote itself in a way. You see groupings of songs – kind of like mini-sets within a set. 'Oh, these pair well. And these pair well.'”

Although most of Wishes' numbers will be true wish-list songs, fans of Czekalski's stage work will hear at least one number they may have heard her perform on an area stage.

“I'll be singing from Tristan Tapscott's and Danny White's A Christmas Carol. This actually fits into the 'wishes' part. For the first couple of years that they did the show, I played Mrs. Fezziwig. But the very first time I heard Mrs. Cratchit's song 'Keep Moving On,' I was like, 'Oh, that song is so gorgeous – I wish I was singing it!' And then three or four years ago, when they did the show through Countryside Community Theatre out in LeClaire, I got to play Mrs. Cratchit. I finally got to perform that role and sing that song.” A wish come true, as it were.

Czekalski admits there were numerous potential numbers considered for Wishes that she chose not to include – but don't think that means you'll never hear them.

“I would've loved to sing for three hours – except that I really can't, because my voice would go out. So as I was paring down the song list, I had a conversation with Tristan and said, 'Hey, is there a possibility of putting on the schedule another cabaret in February around Valentine's Day? Because that would help finalize this set list and help it stay very much in the Broadway area.' So we're planning to do that, and I'm going to call it My Romance and kind of do standards and torch songs. Jazz-combo standards and that kind of thing.”

But in the meantime, there's the excitement, and accompanying nerves, of Wishes to consider. “It's kind of equal parts at this moment, but I'm more excited than nervous. The more I rehearse with Karl, the more it comes together. It's very exciting.” She laughs. “Especially after a year of doing nothing.”

Wishes: An Evening with Wendy Czekalski will be performed September 16 through 18 at 8 p.m., admission is $10, and more information and tickets are available by visiting TheMockingbirdOnMain.com.