Wonder of Wonders: “Fiddler on the Roof,” at the Timber Lake Playhouse through August 12 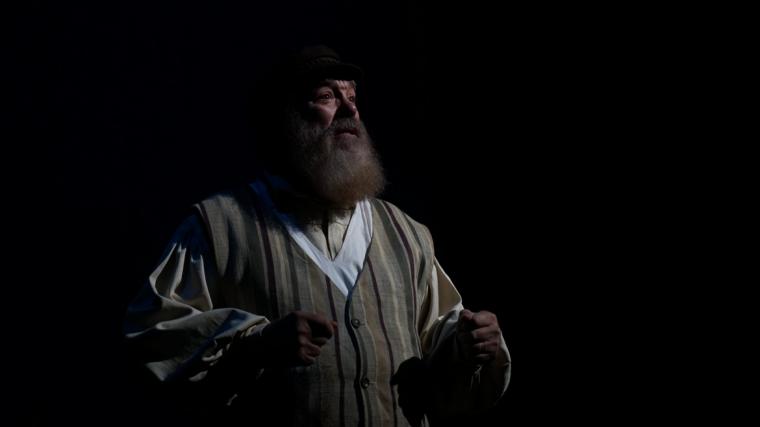 Dan Danielowski in Fiddler on the Roof

“Mazel tov!” to the Timber Lake Playhouse and its cast of Fiddler on the Roof for eloquently executing this enduring musical with great passion and precision. The full company of performers, directed by William Hayes, delivered a terrifically entertaining production filled with traditional Jewish-dance numbers that were very well done, and I found myself fully engaged during Saturday's matinée performance – not only with the original Broadway choreography reproduced by Jessica Chen, but with each characters’ precarious plight.

Its music by Jerry Bock, lyrics by Sheldon Harnick, and book by Joseph Stein, Fiddler on the Roof's story – based on Sholem Aleichem's Tevye & His Daughters – is set in a small village in the pre-revolutionary Russia of the Czars. Tevye (Dan Danielowski) is a poor milkman devout in his Jewish faith and married to Golde (Rhonda Rae Busch), his sharp-tongued wife of 25 years. Together, they are raising five lovely daughters, and in the show's chief subplot, the local matchmaker Yente (Amy Gorelow) pairs Tevye's oldest daughter Tzeitel (Danielle Bessler) with the elderly, widowed butcher Lazar Wolf (Paul VanderVennet), even though Tzeitel has already pledged her love to the poor tailor Motel (Alex Rudd). 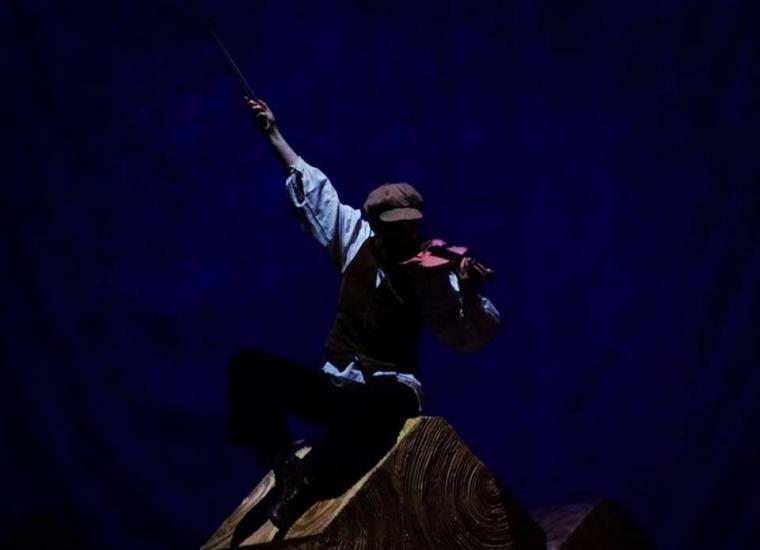 Danielowski was a superb Tevye, effortlessly delivering his lines as the character regularly dialogues with God. I felt his rendition of "If I Were a Rich Man," which was a bit lacking in energy, fell a little flat on Saturday afternoon, but Danielowski's physicality and presence were spot on for the fatherly papa he portrayed. And Busch, whose beautiful singing voice was simply captivating, gave a royally robust performance as Golde, the overworked mother of five. The actress really made me feel Golde's genuine care and concern for her family, best conveyed by the anguish on her face as she watches her oldest daughters grow up and eventually leave their home. Early in the second act, Tevye and Golde sing the sweet duet “Do You Love Me?”, one of a number of songs here that I found touching and believable.

Tzeitel and her sisters Hodel (Lily Autumn Page) and Chava (Olivia Belfie) unite for a delightful performance of “Matchmaker” in which they dance about with brooms in an excellent sequence of step choreography. All three performers were modestly dressed in long skirts, aprons, shawls, and colorful scarfs by costume designer Sarah Lake-Rayburn as they showed off their impeccable vocal abilities.

Another notable performance was that of Gorelow, whose fantastic projection and timing made her portrayal of Yente quite comical; she really captured her character's busybody persona Meanwhile, Fruma-Sarah, Lazar Wolf's first wife, makes her appearance in Tevye's dream, and although her part was small, Olivia Ursu was outstanding in the role, totally transforming herself into a ghost amidst fantastic special effects. Her costume was also definitely out of this world, with Fruma-Sarah's long, translucent, flowing gown making the actress appear to be floating as she was lifted in by her fellow actors. All told, Ursu's dramatic performance, and presence, left a lasting impression, as did hearing one of my all-time favorite songs, “Sunrise, Sunset,” with Danielowski and Busch blending their voices with the ensemble singing in rounds during a wedding. Ben Senneff's Perchik, a student who falls in love with Hodel, sang a solo verse during this sequence, and Senneff really impressed me with his rich vocals. 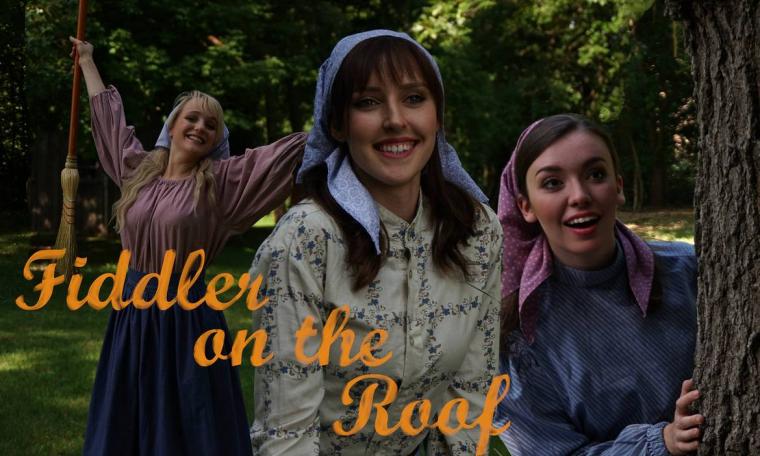 Scenic designer Matthew Hammel cleverly implemented tiny houses that were positioned at the back of the stage and scaled down to look like a distant village landscape, one that the titular fiddler (Anna Cathrine Smith) stood perched atop. These same basic wooden houses were also moved around the stage and transformed into benches and tables by the laying of plywood over their tops, and the backdrop consisted of a single blue cloth that, for me, was a fitting addition to the sparsity of the design.

During the curtain call, I noticed an elderly woman in the audience gently clapping her hands with gleeful enthusiasm. I had the chance to chat with her after the show, when she asked if she could join me as I sat on a lovely bench under a shady tree, and this sweet woman told me just how much she loves the music to Fiddler on the Roof and how delighted she was with the performance. Clearly, this story holds a special place in her heart. Having attended Timber Lake's production, I can understand why.

Fiddler on the Roof runs at the Timber Lake Playhouse (8215 Black Oak Road, Mt. Carroll) through August 12, and more information and tickets are available by calling (815)244-2035 or visiting TimberLakePlayhouse.org.