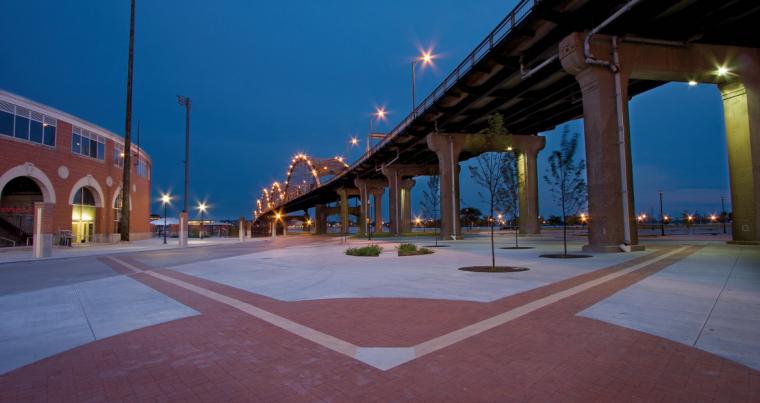 “Baseball is 90 percent mental and the other half is physical.” – Yogi Berra

Yogi’s words are illogical. But brilliant.

It is equally illogical to inlay a full-sized baseball diamond – made of brick and stone! – in the pavement west of Modern Woodmen Park, not far from the “real” one inside.

The diamond’s home plate is located between the ballpark and the parking lot. First base is under the Centennial Bridge; third base is actually in Gaines Street. It’s a crazy idea. But also brilliant.

Walking the brick basepath, one is struck by its size. The 90-foot distance from home plate to first base feels longer than its appears from seats in the stands or on TV. One can only marvel that a catcher such as Yogi Berra could throw out a baserunner trying to steal second, some 127 feet from home plate.

The whole design can’t be fully grasped when standing on it – especially if you’re hustling to the game and surrounded by activity. Yet once the stones are recognized as bases and the brickwork as basepaths, other observations follow. The circular flower bed in the middle of the bases becomes a pitcher’s mound – complete with a pitcher’s rubber at its center.

Outside of the diamond are five large brick rings, with curved dashed lines – made from cuts in the pavement – representing seams on baseballs. (Very large baseballs; the largest ring is about 60 feet in diameter.) 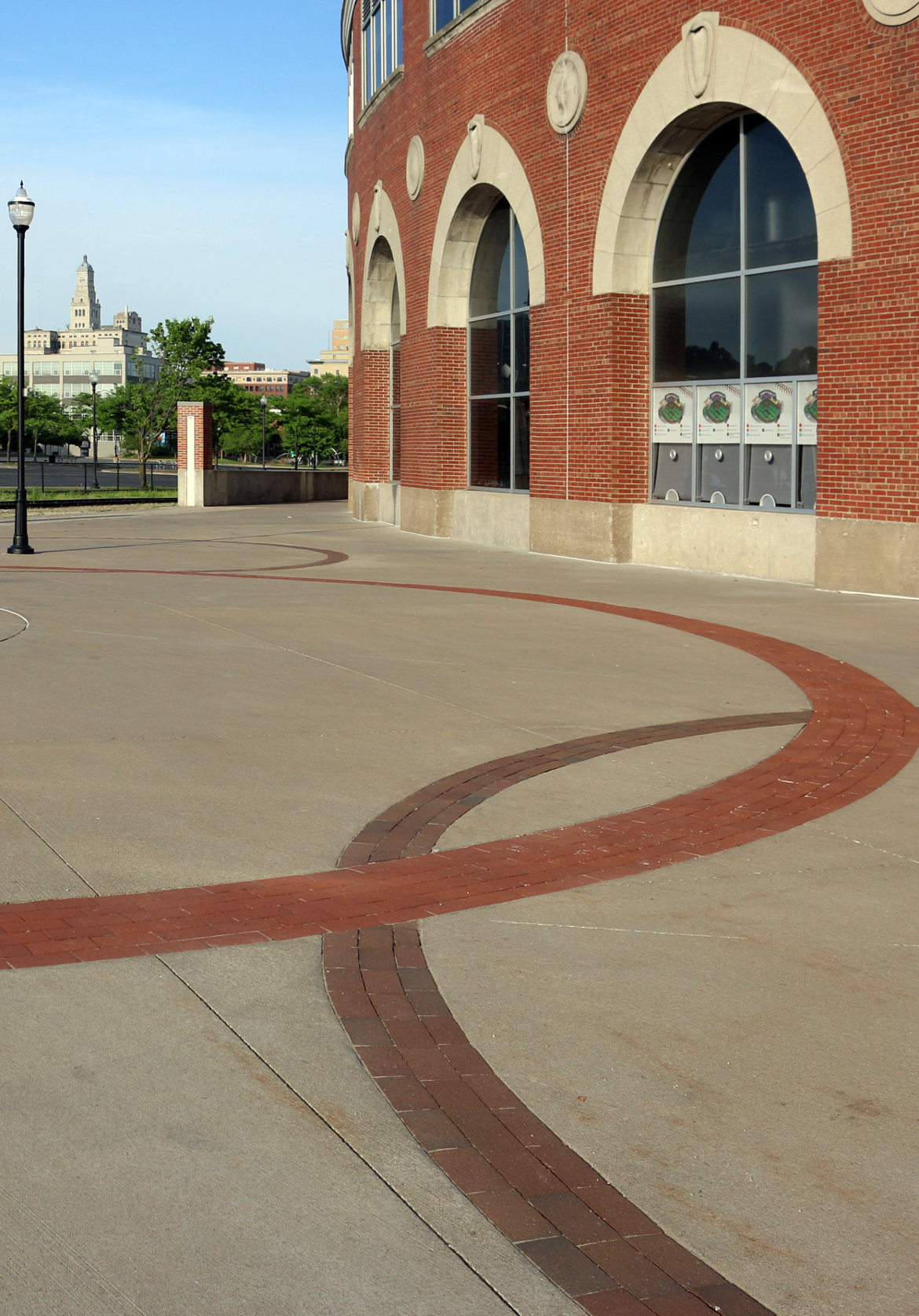 There are nine trees planted within and around the diamond. Nine? The number of defensive players on the field, the number of innings in a game. The design also ties in visually with the ballpark’s façade as well as the flood-protection-wall columns.

The diamond and surrounding area were completed in 2010, with landscape architect Sandy Dolan as the lead designer. The project transformed a nondescript area partially under the Centennial Bridge – between an unpaved parking lot and the ballpark – into a unique public space.

At the eastern end of downtown Davenport, near the Arsenal Bridge, is Bechtel Park, also designed by Dolan. Both Shive-Hattery projects serve as symbols of Davenport’s renovation and its smart use of the riverfront. Both, importantly, create a sense of place that ties in with our community’s history. The centerpiece of Bechtel Park is a statue that commemorates Abraham Lincoln’s visit to the bridge site in 1857.

The baseball diamond, especially in its use of bricks, ties in with the era when Modern Woodmen Park was built. The stadium, now 86 years old, is older than all major-league stadiums except Fenway Park (1912) and Wrigley Field (1914). The interior of stadium, however, has been updated many times. It feels fully contemporary.

Professional baseball, likewise, has seen many changes since its first rules were adopted in 1857. The diamond itself, however, still conforms to the size and layout defined in its first rule book. As does the intelligently designed brick diamond outside the ballpark.