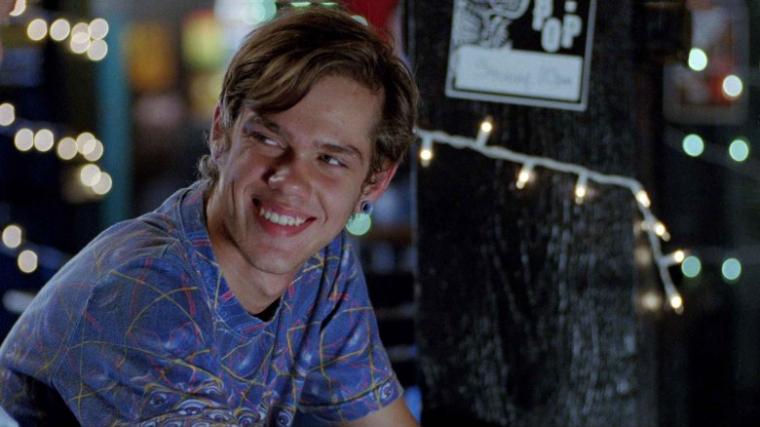 Wa-a-a-a-ay back at the tail end of 2009, my editor Jeff Ignatius and I thought it'd be fun to compose lists of our 100 favorite movies of the millennium. That, of course, led to a completely predictable fight over which year the millennium actually started in ... .

But once we put that past us, it was a lot of fun. So we decided, with five additional years behind us, to do it again - if, in Jeff's case, slightly differently this time around. Creature of habit that I am, though, I stuck to a good-ol'-fashioned ranking of 100 favorites in preferential order. In doing so, I also made some interesting discoveries.

So in this season of top-10-ing, here are the main things I learned from my updated millennial experiment: 2) I'm a xenophobe, apparently. It is again with chagrin that I notice only two foreign-language titles in my top 100 (at numbers 74 and 80), though I did give strong consideration to Amour, Force Majeure, Pan's Labyrinth, Talk to Her, and several others. I'll again employ the lame excuse that subtitled features don't get a lot of repeat viewings in my home; they're difficult to enjoy as background noise while surfing the Web or housecleaning or what have you, and nearly every title on my list has been seen by me multiple times. I'll add that because of the heavy accents and brogues, I've been known to watch English-language entries 14, 53, 73, and 93 with subtitles, so that kind of counts, right ... ?

3) My tastes just might be out-of-sync with the general public's. Unless I've overlooked something, the only films included that made more than $200 million at the domestic box office are numbers 9, 16, 30, 35, and 64 - four of which are animated, and one of which is owned by every Heath Ledger fan. So no Harry Potters, no Hunger Gameses, no treks to Middle Earth, no comic-book movies beyond numbers 30 and 83 (the latter of which is hardly a prototypical comic-book movie), and - and this was something of a surprise - no sequels except for 30 and two Richard Linklaters. Who says there are no original ideas in Hollywood?

4) (Almost) Nothin' scares me! I've always been a fan of horror movies. So beyond inclusion 41, which is really more creepy than scary, and the zombie comedy at 44, where the hell are they? It would be easy to explain their paucity by stating the obvious: Most modern horror movies (at least English-language ones) are terrible. But I'll also trot out the same excuse I used for the lack of foreign titles: Even my favorite fright films don't tend to get much in the way of repeat viewing. You can laugh at even familiar punchlines over and over; it's harder to be scared when you know the scare is coming. That said, there are still plenty of chills and thrills to be found in rankings 2, 6, 15, 28, 34 ... .

5) I may be enjoying animated movies more and documentaries less. Since the last time I attempted this millennial overview, the number of animated films included has risen from five to eight (and I'd almost add the marionette show at 90 to that collective), and the number of docs has dropped from 12 to six. (Not counting, that is, the aforementioned 83 - which really does seem to cover all genre bases - or the equally aforementioned, equally unclassifiable hybrid at 58.) Why? Dunno. Just my subconscious means of slipping further and further from reality, I suppose.

6) Absence, or maybe just the passage of time, does make the heart grow fonder. Even with the addition of five years' worth of titles to choose from - plus movies released between 2000 to 2009 that I only got around to in the last five years - repeat viewings and reflection made 10 movies on my 2010 list actually rise in the rankings, and three others, including 2, stayed in the exact same position. Meanwhile, entries 73 and 93 through 95 didn't make my top 100 the first time around, but probably deserved to. Those errors have been rectified.

7) But not always. Tim-ber-r-r-r-r-r! Twenty titles included in 2009 dropped at least 20 notches in the rankings, and 44 others are gone completely, four of which previously made the top 50. I don't love 'em any less, but hey - I've seen close to 1,000 movies in the past five years. Something had to give. 8) Boy, 2000 and 2006 sucked! Okay, that might be an exaggeration. But still, only three movies from each of those years are represented here, and you'll have to wait until ranking 23 to find even one of 'em. (Fun fact: No films that originally made my 2000 top-10 list are included here. Of the three 2000 titles that are, I saw 33 and 72 for the first time in 2001, and wasn't crazy about 50 the first time around.) I should add that 2002 and 2012 didn't make stellar showings, either; each year only has five included titles, and the highest-ranked ones appear at 45 and 46, respectively.

9) Wait, wasn't 2011 supposed to suck, too? As I recall, by the year's close, critics had nearly universally decreed that 2011 was an underwhelming one for film. (I guess that'll happen when your Best Picture Oscar, from the very start of the season, was all but inevitably going to a black-and-white silent comedy from France.) But in retrospect, I beg to differ: No fewer than 12 movies from that year made my millennial list. Not only that, but six still-terrific movies that appeared on my top-10 of 2011 - one of 'em a black-and-white silent comedy from France - aren't even on the list.

10) I'm clearly having some placement issues regarding 2014 titles. Number one is set in stone, and may very well continue to be many years down the road. Number 13, which I've seen a half-dozen times over the past few months, might eventually rank even higher. But among the other five 2014 releases I've opted to include, can the positioning of 53 and 54 back-to-back like that be anything other than determined waffling? And will the hierarchy be switched once I sit down to write next week's "Movies of 2014" article? Stay tuned!

I consequently submit the following - titles, years of release, and (if applicable) placement in the 2010 article - for your perusal and mockery, with titles and rankings subject to change within minutes of publication. For reviews of all of Mike's published reviews since 2000, visit the Reader's Movie-Review Index.