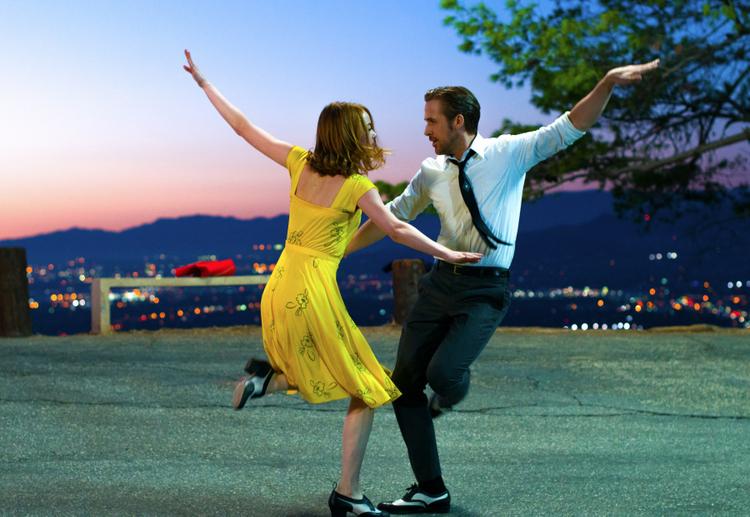 Nominees for the 89th Annual Academy Awards were announced this morning.

It turns out they weren’t announced so much as revealed, because for the first time since the yearly nominations became an early-morning PR event several decades ago, contenders weren’t recognized in front of a gathered crowd of journalists and publicists. Instead, the news was delivered in a slick, 20-minute online presentation that also featured reminiscences from former Oscar nominees and winners such as Brie Larson, Glenn Close, and Terrence Howard, with Gabourey Sidibe wisely suggesting that when this morning's nominees eventually attend the ceremony, they should be sure to sneak in a flask. (That’s good advice for those watching from home, too.)

It was a smooth, enjoyable handling of the 24 categories – you can check it out for yourself here – but I have to admit I missed the ritual of hearing the groggy masses clap and gasp and mutter when certain titles were either cited or failed to be. So, had the 2017 nominees been named before a captive audience as usual, what would have made the crowd audibly react?

The climactic reveal of La La Land as a Best Picture nominee might have elicited some noise, not because the frontrunner’s inclusion was at all unexpected, but because it did what only two other titles in history have done: Damien Chazelle’s musical scored 14 nominations overall, a record shared with All About Eve and Titanic. It became evident early on that such a tally was possible with the movie’s nod for Sound Editing, a category that generally acknowledges movies with more bangs and booms. (To wit: The film will compete against Arrival, Deepwater Horizon, Hacksaw Ridge, and Sully.) But with the done-deal noms all secured, and the iffier recognition coming to pass – Yes! My reverse-jinx of not predicting Ryan Gosling worked in his favor! – La La Land enters the history books. We’ll see if it enters them further on February 26. (The number to beat for wins is 11, an accomplishment shared only by Ben-Hur, Titanic, and The Lord of the Rings: The Return of the King.) 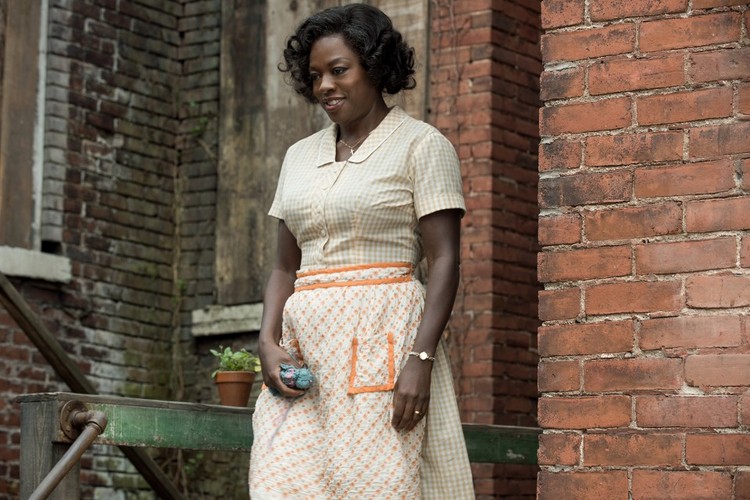 There would likely have been some clapping, some gasping, and a whole lot of muttering when the Best Director list included the name Mel Gibson, who I suppose is officially forgiven for, you know, being Mel Gibson. He joins the roster alongside four others whose films scored six or more citations: Chazelle, Barry Jenkins for Moonlight (eight nominations), Denis Villeneuve for Arrival (eight), and Kenneth Lonergan for Manchester by the Sea (six). Like Gibson’s Hacksaw Ridge, Lion also received a half-dozen nods, and those six titles will all compete for Best Picture in a nine-title lineup rounded out by Fences (four), Hell or High Water (four), and Hidden Figures (three). Only Jackie joins them in receiving three or more nominations this year – perhaps because La La Land was being so freakin’ greedy.

Speaking of Jackie, Natalie Portman received her expected Best Actress recognition, but – in a category jam-packed with possibilities – several deserving contenders were destined to be left in the cold. The one feeling the chill most this morning has to be Amy Adams; despite Arrival receiving the second-highest nomination tally and Adams’ recognition by the Golden Globes, Screen Actors Guild, and Critics Choice Awards, a sixth career nomination was not to be. Instead, her former Doubt co-star Meryl Streep picked up a 20th for Florence Foster Jenkins, although there was nothing in the cards for Streep’s on-screen better-half Hugh Grant, himself a Globe and SAG nominee. (Don’t tell me voters still hold that 1995 unpleasantness against him; they forgave Mel, for Pete’s sake!)

Otherwise, there weren’t really any shocking omissions within the acting races, unless you count the absence of Aaron Taylor-Johnson for Nocturnal Animals, who becomes the first Globe victor for Best Supporting Actor to not receive a correlating Oscar nom since 1976, when The Sunshine Boys’ Richard Benjamin didn’t make the lineup but co-star George Burns did – and went on to win. Does that mean that Taylor-Johnson’s co-star Michael Shannon, who was nominated, should immediately get cracking on a speech? Shannon, by the way, has now been up for Best Supporting Actor twice – previously for 2008’s Revolutionary Road – for movies for which he didn’t get Globe or SAG recognition, and was dissed by the Oscars last year for 99 Homes, for which he did get Globe and SAG recognition. Weird.

Best Supporting Actress, meanwhile, boasts the exact same names cited by the Globes and SAG, but don’t think that makes the category boring; on the contrary, it’s historic. Viola Davis becomes the first black female, on-camera or off-, to receive a third Academy Award nomination. Octavia Spencer becomes the first black actress to receive follow-up recognition after a previous win. (Among male actors, the feat has only been accomplished by Morgan Freeman and Denzel Washington). And for the first time ever, an acting category includes three black performers, with the third here being Moonlight’s Naomie Harris. Joining them as 2017 acting nominees are Washington for Fences, Ruth Negga for Loving, Mahershala Ali for Moonlight, and Dev Patel for Lion, and while the citation of seven actors of color ties the 2007 record, it's also refreshing after two straight years of all-Caucasian contenders. Whether it was coincidence or diligence I don’t know, but voters definitely bypassed another #OscarsSoWhite controversy this year, also citing individuals of color in the lineups for Best Picture (with Fences producer Washington and Hidden Figures' Pharrell Williams), Director, Cinematography, Film Editing, and both Screenplay categories – plus four of the five producer/directors of the Documentary Feature contenders, among them O.J.: Made in America's Ezra Edelman and Selma helmer Ava DuVernay for her Netflix doc 13th. 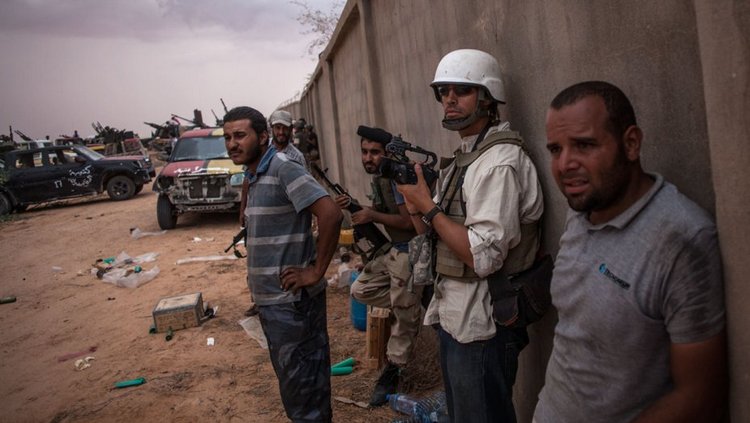 In a happy surprise, a category that had become a major yawn in recent years – Best Original Song – is actually worth talking about, given that composer Justin Hurwitz’s two cited La La Land numbers (plus his Original Score nod) make him a three-time nominee this year, and Lin-Manuel Miranda and Justin Timberlake become first-time contenders for their Moana and Trolls tunes. And then there’s inclusion five – “The Empty Chair” from Jim: The James Foley Story. I’ll admit I initially laughed out loud at the news, because it seemed that, yet again, voters in this category managed to pluck out of thin air a song no one’s heard of from a movie no one’s heard of. But a little research made its citation interesting. It seems that the movie has been heard of – at least by Emmy voters who gave it an award for “Exceptional Merit in Documentary Filmmaking” this past September. (Hey, if Citizenfour can win an Emmy, I guess it’s all right for J:TJFS to be up for an Oscar.) But the song – an absolute heartbreaker that I just listened to on YouTube – is also co-written by Sting, making this his fourth career nod, and by J. Ralph, previously cited in this category for 2012’s Chasing Ice and 2015’s Racing Extinction. I’ll have to check to be sure, but I’m nearly certain this makes J. Ralph the first person to receive three Original Song nods for documentaries, and within a five-year span, to boot. Pretty cool.

Other Oscar-morning fun facts: Fences’ August Wilson, who passed away in 2005, becomes the first posthumous nominee in the screenplay categories since 2012. (Granted, that’s not “fun,” but it is a fact.) The Lobster and 20th Century Women, both up for Original Screenplay, make this 16 years running in which at least one movie is nominated for a screenplay award and no others. Kubo & the Two Strings becomes the first animated feature nominated for Visual Effects since 1993’s The Nightmare Before Christmas. Lucas Hedges become the youngest Supporting Actor nominee since Haley Joel Osment in 1999’s The Sixth Sense. Shocker inclusion 13 Hours: The Secret Soldiers of Beghazi, up for Sound Mixing, becomes the first January release in decades to be nominated for anything. A previous contender for 2007’s Eastern Promises, Viggo Mortensen becomes the only man to have received two Best Actor nominations for movies in which he shows his penis. (Just sayin’.)

As for my own predictions made last week, I had a relatively decent showing this year, going 77-for-107 on my picks and correctly guessing the majority of nominees in every category except Production Design and the shorts, the latter of which I didn’t attempt because only a fool – by which I mean someone much smarter than me – would. (The nominees I got right are in boldface below, but don’t be hugely impressed by my five-for-five in Best Foreign-Language Film, as the category having a short-list of only nine titles made my perfect showing easier. You can be a little impressed, though.)

So congrats to all the nominees, and despite the lack of live feedback, congrats to the Academy on the sharply produced, really engaging manner in which this morning’s results were revealed. (Okay, fine: announced.) Hopefully, all of the acknowledged share Gabourey Sidibe’s sentiment when recalling her own 2010 nomination: “People are like, ‘I’m so humbled by this moment!’ But I’m like, ‘No, I feel like the f---in’ greatest.’” A flask’ll do that to ya. 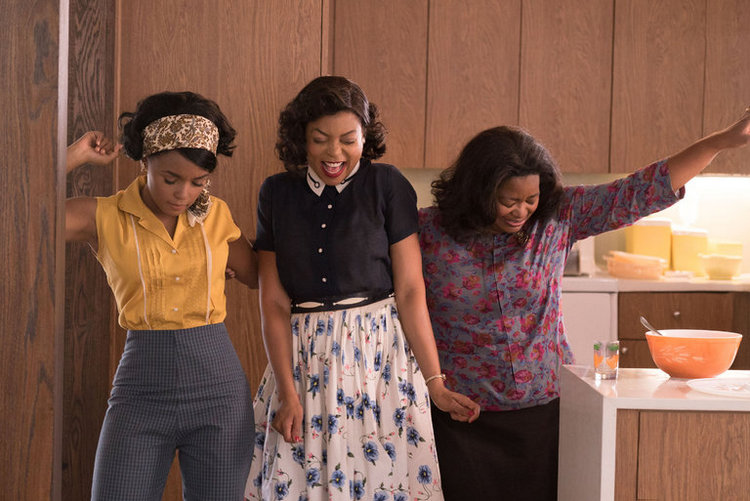 Best Documentary Feature
13th
Fire at Sea
I Am Not Your Negro
Life, Animated
O.J.: Made in America