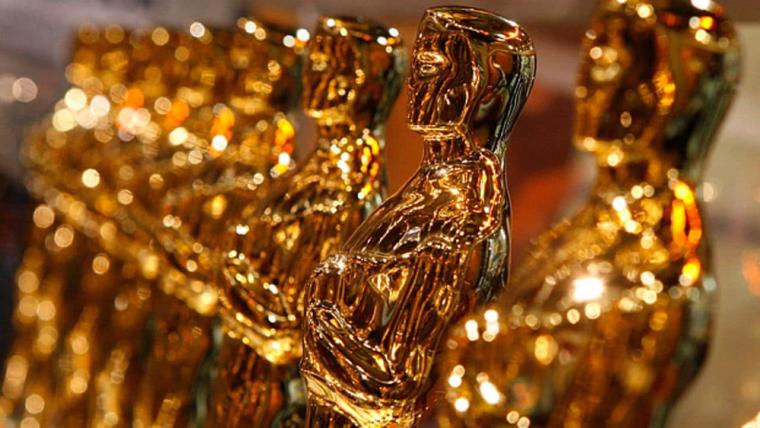 This year's Academy Awards telecast is scheduled to begin at 7 p.m. CST on Sunday, February 24, with no one serving as the ABC broadcast's host for the first time since the largely disastrous 1989 ceremony that opened with a musical duet for Rob Lowe and Snow White. The mind boggles at what we might be in store for this time around. In the meantime, enjoy my predictions – and if you're curious about my outside-the-box thinking on that first guess, visit “And the Oscar for Next-Best Picture Goes To …” for the rationale behind it. I swear I'm not crazy. Just potentially really stupid.

All the tea leaves appear to suggest a historic Roma victory, and I'm probably wrong in this prediction. But I'm not backing down from it. Given the last six months of behind-the-scenes zaniness – a Best Popular Film category that came and went, a host that came and went, plans to scuttle the presentation of four awards to the commercial breaks that came and went – we deserve an upside-down victory after an almost laughably upside-down preamble to Oscar night.

As with his film and Best Picture, Cuarón may very well have this one sewn up. But can't you just picture how joyously ape-shit the Dobly Theatre crowd would go if Spike's name was called instead? And as we're still waiting for our first black recipient of Best Directing after 90 years, shouldn't Spike really be the director to receive it? Never underestimate the appeal of a potentially priceless Oscar moment.

Lady Gaga, A Star Is Born

Melissa McCarthy, Can You Ever Forgive Me?

The acting races don't feel quite as locked down as they did last year, but it's close. And speaking of Close, everyone, including Glenn, seems to agree that her win here would be more of a career-achievement prize than an award for her admittedly sensational performance. And everyone, including Glenn, seems just fine with that. After seven nominations and no wins over a 36-year span, I am, too.

Bradley Cooper, A Star Is Born

The New York Times recently ran an article in which 20 Oscars voters spanning nearly every Academy branch anonymously discussed who they voted for, and all 20 went with Malek. Given the built-in obstacles he faced due to Bohemian Rhapsody's weak script and his outsize Freddie Mercury teeth, Malek is my personal last choice for the award … but I suppose there's something to be said for triumphing over adverse conditions. Remember the Leonardo DiCaprio campaign for The Revenant? This year, Malek's teeth are Leo's frostbite.

A handful of Oscar prognosticators seem convinced that because she wasn't nominated for SAG and BAFTA Awards, King is a longshot, as the last person to win this category after those dissings was Marcia Gay Harden for 2000's Pollack. Personally, I think King is almost a shoo-in considering (a) the Favourite co-stars will likely cancel each other out; (b) de Tavira's wholly unexpected nomination feels like her award; (c) the career-prize momentum granted to Glenn Close never coalesced for Adams, who still has plenty of years to win one of these things; and (d) King is fantastic in If Beale Street Could Talk … (e) … having already been fantastic in many, many films over many, many years beforehand. If, as with Close, this is a prize for career achievement as well as performance, King has it in the bag.

Sam Elliott, A Star Is Born

Richard E. Grant, Can You Ever Forgive Me?

Winning a second Oscar for acting is rare. Winning one over the span of three Oscar seasons is so rare that only a handful of performers have ever done it. Ali will soon be one of them.

If The Favourite gets this, it'll be one of this year's few major Oscar victories based almost solely on merit … and on Black Panther potentially taking the Production and Costume Design Oscars that British period pieces usually win in a walk.

Can You Ever Forgive Me?, Nicole Holefcener, Jeff Whitty

A Star Is Born, Bradley Cooper, Will Fetters, Eric Roth

Even if my Best Picture and Directing guesses are wrong, we're at least all but guaranteed one Spike Lee speech during the evening. I can't wait.

After being denied recognition here for The Lego Movie, co-producers Phil Lord and Christopher Miller will finally enjoy a night in which everything is indeed awesome.

Hale County This Morning, This Evening

I initially thought this one would go to RBG, and that's still a solid bet. But Free Solo's visual rapture and degree of difficulty – would their subject actually die during filming?! – now have me leaning its way, as does the film's recent win at the BAFTA Awards. Plus, the movie got a national IMAX release. Even March of the Penguins didn't land that coup.

Despite the cinematographers' names not appearing on the ballots alongside the works they're nominated for, I can't imagine that there are any voters who don't know that Roma's director Alfonso Cuarón was also the guy who photographed it. So Cuarón is already getting at least one Oscar. More justification for Spike's potential Best Directing win, maybe … ?

Voters will remember the seamless shifts in time, and the shifts from reality to fantasy and back, in Vice. I think they'll remember Wembley Stadium more.

If Roma wins here, that movie will be an unstoppable (and deserved) Best Picture winner. If it doesn't, as I'm thinking it won't, Black Panther nominee Hannah Beachler – already the first black production designer ever nominated for the award – will enjoy a historic (and equally deserved) victory. 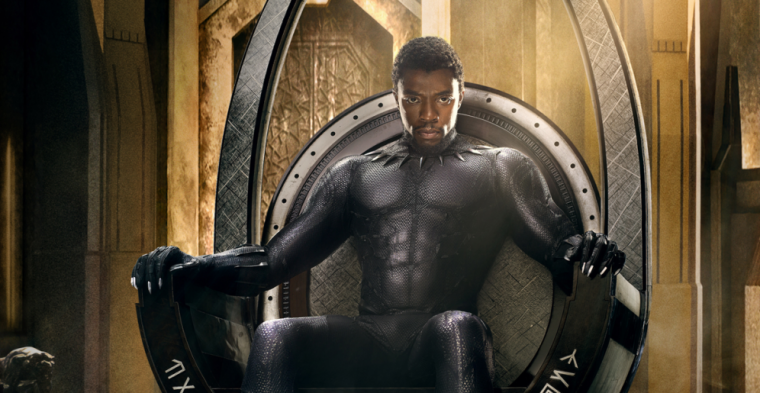 The Ballad of Buster Scruggs

As already mentioned, British period films usually triumph here. But this year there are three of 'em nominated. And despite how much I would love to see Buster Scruggs win anything on Oscar night, I'm happy to instead go with Black Panther for the Costume Design – a category that too-often rewards period fidelity over creativity.

Two legitimate five-way races in which I wouldn't be surprised no matter which films win. So let's go with First Man for the more traditionally effects-y category of Sound Editing (partly to assuage voters' collective guilt for the movie not receiving more nominations than the four it got), and Bohemian Rhapsody for the more music-y category of Mixing, despite A Star Is Born also being in the mix. I swear, that movie's spiraling freefall from Oscar consideration is absolutely baffling to me.

If Beale Street Could Talk

Right after nominations were announced, I thought Mary Poppins Returns likely had no competition for this prize. But with time to consider, I can't imagine that Oscar voters would necessarily like the optics of that movie emerging victorious given this particular field. (The “Mary Poppins' author was a racist!” headlines might still be fresh in voters' minds.) So, given a crazy-strong lineup, I'm instead going to side with If Beale Street Could Talk composer Nicholas Britell, who likely would have won this category for Moonlight in a world in which there was no La La Land.

The Ballad of Buster Scruggs, “When a Cowboy Trades His Spurs for Wings”

Black Panther, “All the Stars”

A Star Is Born, “Shallow”

The night's only category you can safely bet your house on. Unless you really hate your house. 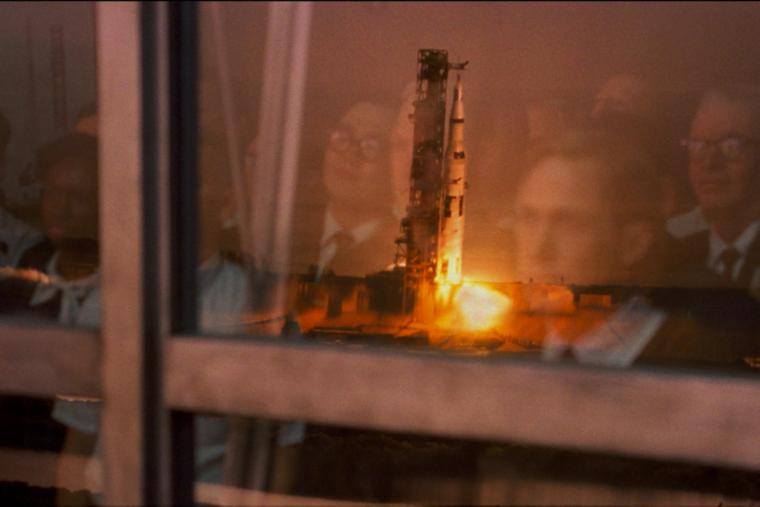 Sing along with me: “One of these things is not like the others … !” That's the one I think will win.

A Night at the Garden

Did you know that Lifeboat was scored by William Campbell, professor of music and department chair at Davenport's St. Ambrose University? Did you know that the film – an aurally resplendent, emotionally devastating piece about the continuing refugee crisis – is also really, really good?

Four films about traumatized children ... and Marguerite. No wonder I can't get that “One of these things is not like the others” refrain outta my head.

If you saw Incredibles 2, you know what Bao is – that perfect little short about the Chinese dumpling come to life. How could voters resist that squishy little face?